After this year’s EU-Western Balkans Summit in May, the European Union’s 27 leaders gave their ‘unequivocal support’ for the Western Balkan countries to eventually become members of the bloc and offered them more financial support as Brussels seeks to put a check on Chinese largesse in the region.

However, when leaders of the European Union and the Chinese government met for the second EU-China summit in September, it seemed that the Western Balkans were not high on the agenda. The attendees of the summit focussed on trade and the EU-China Comprehensive Agreement, not on policy in the Western Balkans.

It is time that the European Union becomes a more active player vis-à-vis Chinese activities in Europe and particularly in the Western Balkans. In the media we currently see a more critical public debate versus China and that it is trying to buy up and divide Europe to gain influence through mega projects such as the ‘17+1’ initiative as well as with other strategic investments in the private sector and infrastructure in and around Europe.

United Europe’s Young Professional Advisors (YPAs) recently organized a Zoom interview with Jörg Wuttke, Managing Director and General Representative of BASF in China and President of the European Chamber of Commerce in China, and Tim Wenniges, Managing Director of Südwestmetall and former head of the Shanghai office of the Konrad Adenauer Foundation, to discuss China’s ongoing influence in Europe (please find the entire interview here).

“We need to think about how to integrate the Eastern European countries into our dealings with China,” Wuttke said. And: “We have to work on our own appeal to the other nations, fix ourselves, reform ourselves, and then come out of a position of strength before we possibly overload ourselves with things we are not really capable of doing. And Wenniges added: “Brussels is investing with conditions such as respect for the rule of law and human rights. The Eastern narrative says that the EU comes with conditions and the Chinese only with opportunities. China, Wenniges said, has no interest in a strong Europe. “It has an interest in a stable Europe. Our interest is a stable and strong Europe. That is something totally different.”

Chinese President Xi Jinping announced the “One Belt and One Road Initiative” in 2013 as a $900 billion global project, which would attempt to connect international trade routes. The Initiative 17+1 includes engagements in Albania, Bosnia and Herzegovina, Bulgaria, Croatia, Czech Republic, Estonia, Greece, Hungary, Latvia, Lithuania, North Macedonia, Montenegro, Poland, Romania, Serbia, Slovakia, and Slovenia. Importantly, Kosovo is not part of this initiative as China does not recognize its independence. 12 out of 17 members of the platform are member states of the EU and the remaining five are candidates or potential candidate countries.

None of the six Western Balkan countries has escaped the COVID pandemic. Their fragile democracies, weak economies and unstable governments face severe limitations of hospital beds and equipment shortages due to the proportionally large number of affected citizens. Chinese economic promises to the Western Balkan countries of increasing trade and investments are attractive proposals, especially during the COVID-19 pandemic.

Usually foreign investment is a welcomed stimulus to most economies, however the growing economic dependency on China does not pay off in local currency but rather constitutes political favours and personal gains for local elites. China’s investment projects abroad are contracted in accordance with a well-established practice: governments raise large loans with Chinese banks, contractors are Chinese companies (mostly state-owned), materials and employees are imported from China, so that Chinese investments often have only very limited positive effects for the local population. Many of these projects lack transparency and public oversight on procurement procedures.

The huge loans offered by Chinese banks also increase the debt-to-GDP ratio for many countries, leading to what is known as ‘debt trap diplomacy’. It creates political dependency through economic dependencies. In Montenegro for example, public debt has risen to roughly 80% of the country’s GDP, and China owns a staggering 39% share.

According to a recent article by YPAs Dyria Alloussi and Dinand Drankier “Will the Green Deal fail or succeed in the Western Balkan?”, China also is a major player in shaping the energy future of the Western Balkans, albeit not in the way the EU would like to see. According to the YPAs, huge Chinese- backed coal projects (e.g. the Tuzla power plant in Bosnia-Herzegovina and Kostalac power plant in Serbia) are going ahead using over-optimistic projections of profitability and ignoring severe concerns about air and water pollution.

The EU ‘counterpart’ to the 17+1 initiative is the Western Balkans Investment Framework (WBIF) which finances among other things infrastructure projects in Serbia, Macedonia, Bosnia and Herzegovina, Montenegro and Albania through a mix of loans and grants with a transparent governance structure and procedures. The WBIF provides financing and technical assistance to strategic investments in energy, environment, social, transport and digital infrastructure. It also supports private sector development initiatives.
The Framework awards, based on competitive procedures, grants for infrastructure project preparation activities as well as for investments. Guidelines are published for each call for proposals setting out transparent eligibility criteria.

“I never understood why Europe feels like a rabbit staring at the snake” said Jörg Wuttke at the recent YPA interview. “We should be proud of our democratic system.”

On the one side, the Chinese presence in the Western Balkans is visible through landmark infrastructure investments and influence with government leaders. China provides roads, highways, and railways and is bankrolling several infrastructure projects such as the Belgrade-Budapest railway, highways that connect Montenegro with Serbia and Albania with Montenegro, and more highways in Albania, Bosnia and Herzegovina, and Northern Macedonia. Chinese loans are perceived ‘without strings attached’ as they require no progress on political reform, but Beijing does insist on strict guarantees. In case the loans are not repaid, China takes over the financed project. Additionally, in some agreements, Chinese courts have competency over disputes.

On the other side, the EU focuses on modernizing the region’s economies through democratization, rule of law, a green transition and digital transformation. Within the latest EU budget, the EU allocated € 11.7 billion through its regional policy tool, the Instrument for Pre-accession Assistance (IPA II). The IPA is a means by which the EU supports reforms in the ‘enlargement countries’ with financial and technical help. The IPA aims to build up the capacities of the countries throughout the accession process.

The difference between the EU’s and China’s investments in the region is that the EU sets stricter conditions in the Western Balkans regarding both institutional and political reforms, so consequently project realization is slower due to the insistence on compliance and complicated bureaucratic procedures. The EU also requires the development and building-up of institutions and in e.g. Serbia’s case funds are usually conditioned on the politically sensitive normalization of relations with Kosovo.

The policies of China’s investments are flanked by an additional mechanism: Soft Power. Around 40 Confucius Institutes are active in the region. These centres focus on establishing structures through academic collaboration and student exchanges for the purpose of influencing upcoming generations of higher education to sympathise with Chinese policy.

The EU equivalent are EU programmes such as Erasmus+, Horizon 2020, Creative Europe, and COSME, which support the region’s younger generation, entrepreneurs and researchers also by facilitating mobility and educational exchanges. On top of this, the EU’s humanitarian aid to tackle the migration crisis in for example Bosnia and Herzegovina amounts to € 10.3 million since 2018. Additionally, the EU pledged a total of € 3.3 billion euros in support of the post-pandemic recovery to benefit the citizens of the Western Balkans.

Since the EU is a leading trading partner, investor and provider of financial aid to the Western Balkans, it asks in return for extra effort to achieve primacy of rule of law, good neighbourly relations, implementation of European values, principles and bilateral agreements that countries struggle to achieve.

In that sense, the government’s choice between China and the EU is actually an option for short-term rather than long-term development. Although candidate countries in the Western Balkans are disappointed by the EU enlargement process, they should not forget that the EU remains the main trading partner of the Western Balkans, accounting for almost 70% of the region’s total trade, constituting an important leverage over China.

The Western Balkan region has once again become an arena for big powers to extend their influence. China strives to achieve geo-political aims in the region, located in the centre of Europe, surrounded by EU member states with access to the Adriatic, Ionian, and Mediterranean Seas.

According to Wuttke, the system in China has its own mechanism of choosing what it wants and the EU influence on what China is doing is extremely limited. The fact that China is so assertive and pushy might lead us towards becoming less complacent and more responsive.
By prolonging the region’s accession into the bloc, the EU is unwillingly pushing the region into the debt-trap of China and will have to deal with all its potential negative consequences. Indeed, Europe has to come up with a toolbox for action to remain strong, united and integrated with the Western Balkans.

Furthermore, the Young Professional Advisors think that pointing fingers at the Western Balkans with the concerns of economic dependency should not distract from the fact that Western European dealings with China have also impacted the ability of the EU to form a common European approach. As Jörg Wuttke quite rightly said in the interview: “China makes us reconsider Europe.”
We have to find a common way, look at the bigger picture and refrain from an intra-EU blame game which may deteriorate relations among various European regions. It is certainly not helping the EU in reaching unity on the issue. 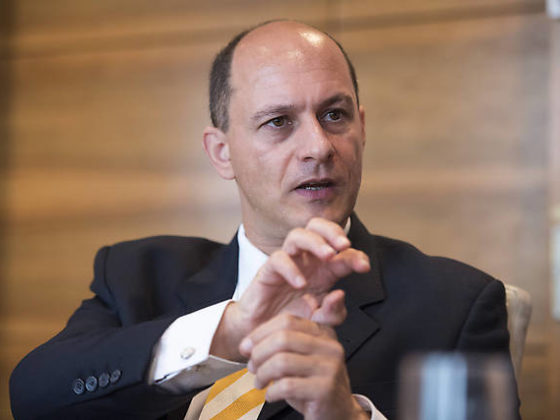 Lecture with Prof. Key Pousttchi: Why COVID-19 was not a milestone

„The European model of a liberal society and free trade is at stake. Only a unified and strong EU can guarantee a safe future for it's economy.“