The Corona pandemic is a severe test for European unity and solidarity. “Especially at the beginning of the crisis, national export restrictions on desperately needed medical equipment and unilateral border closures have fragmented the European response to the Corona crisis,” says a joint German-Italian appeal to the governments of all member states and the EU institutions. “These national reflexes harm the reputation of the European project at just the time when European cooperation is most needed.”
In a guest article in the German weekly DIE ZEIT, the two diplomats Wolfgang Ischinger and Boris Ruge urge: “This is indeed about survival. Faced with the greatest crisis since World War II, the EU must focus on winning hearts and minds. For that to happen, member states must show that solidarity is real and that together we can make the difference for millions of Europeans in the life-and-death situation which is now our shared reality.”
In an interview with the German business newspaper Handelsblatt, entrepreneur Reinhold Würth also warns against a further drifting apart of the EU and increasing nationalism. In the long run, he sees no alternative to a stronger European “political unity” in order not to get crushed between the USA, China and Russia and pleads for Euro-bonds worth five trillion euros. “If we want to continue to live in peace and freedom in Europe, why can’t we also take on the debts of Italy or other borrowing countries.” After all, the Würth Group is also prepared to inject money into its Italian and Spanish affiliates.
After tough negotiations, the European finance ministers agreed on a three-way ESM rescue fund, but against Eurobonds. Italy and Spain are disappointed: loans instead of bonds, with conditions attached instead of unlimited aid.
What is to happen now? Are the political unity of the EU and the European single market at stake? Does a single European market also mean a mutualisation of debt? How can the EU economy and society be rebuilt after the crisis? Can positive impulses for Europe also be drawn from the crisis? Should – similar to Reinhold Würth – more leading representatives from business take part in the discussion? 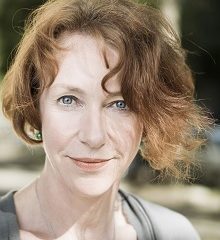 Prof. Dr. Ulrike Guérot  is head of the Department of European Politics and Democracy Research at the Danube University in Krems Austria and founder of the European Democracy Lab in Berlin. Previously she worked in senior positions at several leading think tanks and universities in Paris, Brussels, London, Washington and Berlin. Her books “Why Europe should become a Republic” (2016 Dietz) and ” A new civil war: The open Europe and its enemies” (2017 Ullstein) have been translated into numerous languages. In 2019 her two essays “How do you feel about Europe?” and “What is the Nation?” were published by Steidl/IFA. In autumn 2019 she was awarded the Paul Watzlawick Ring of Honour and the Salzburg State Prize for Futures Studies. 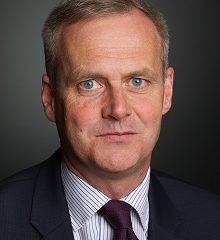 Boris Ruge joined the German foreign service in 1989. From 2014 to 2016, he served as Ambassador to Saudi Arabia and Special Envoy to the Organization of Islamic Cooperation. From 2016 to 2019, he was Minister and Deputy Chief of Mission at the German Embassy in Washington, DC. Since August 2019, he serves as Vice-Chairman of the Munich Security Conference (MSC). 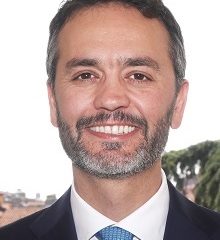 Filippo Taddei is Associate Professor of International Economics at the Johns Hopkins School of Advanced International Studies (SAIS) where he teaches international finance and macroeconomics. He is also Director of the Bologna Institute for Policy and Research (BIPR) and Director of the Master of Global Risk (MAGR). Ph. D. in Economics with distinction from Columbia University in 2005, Laurea in Economics with honors from the University of Bologna in 2000. From 2013 to 2017 he has been the Economic and Labor Affairs Spokesperson of the Italian Democratic Party and Economic Advisor to the Italian Prime Minister.