At our General Assembly on December 12,2017 at the Würth Haus in Berlin, Julia Reuss and Sabine Sasse were introduced as new managing directors to the present members. They thanked their predecessors Jenny Paul and Bettina Vestring, who were also present, for their excellent work over the last few years and their great support in handing over the business to them. Jenny Paul and Bettina Vestring will remain associated with United Europe as members.

ELECTION OF THE BOARD OF DIRECTORS
After ratification of the acts of the Executive Board, the members – Wolfgang Schüssel as President, Sylvie Goulard and Anthony Ruys as Vice-Chairman, Jürgen Großmann as Treasurer and Margaret Jay, Baroness Jay of Paddington, Friedrich Merz, Walter Schlebusch and Daniela Schwarzer – were re-elected unanimously.
As new members of the Executive Board we welcome: Esko Aho, CEO of the East Office of Finnish Industries and former Finnish Prime Minister; Carl Haglund, Vice President Europe and Strategy of Sunshine Kaidi New Energy Group in Finland and former Finnish Minister of Defence; Zilvinas (“Zach”) Mecelis, Founding Partner and CIO of Covalis Capital; and Denis Terrien, Chairman of the Supervisory Board of Vivarte Group, France.

In 2017 our largest project was the Rome Manifesto. In cooperation with the German-Italian Centre for European Excellence, Villa Vigoni, United Europe brought together a group of leading young scientists and professionals from all over Europe to develop a far-reaching proposal for the renewal of the European constitution.
On 25 March, the 60th anniversary of the signing of the Treaties of Rome, the 18 authors presented the Manifesto at the German Embassy in Rome. They propose the creation of a European Federal Union with more democratic and transparent institutions and clearly defined competences.
After 20 events in seven European countries, on 27th November the manifesto was presented and discussed in the European Parliament in Brussels. Participants included former Italian Prime Minister Giuliano Amato, Mercedes Bresso, Member of the European Parliament, Michele Valensise, President of Villa Vigoni and former Secretary General of the Italian Ministry of Foreign Affairs and Ambassador Maurizio Massari.

The financial development of the association is decent. In 2017, not only stable liquidity was achieved, but also the highest level of liquidity ever since. This is mainly due to the growing number of members: In 2017, the total number of personal members has risen by 106 to 270; moreover, we now count 27 corporate members, compared to 19 in 2016! We are very happy that United Europe is flourishing. For us it is key to convince more people and companies all over Europe to join us in order to support our idea of a united, competitive and diverse Europe.

Lectures:
• March 16th, Berlin: Can Dündar, former Editor-in-Chief of Cumhurriyet, Founder and Editor-in-Chief of Özgürüz, about “Europe: A Turkish Perspective”.
• June, Berlin: Jean Tirole, Nobel Prize Winning Professor of Economics, on market power and regulation
• September, Vienna: Ivan Krastev, political scientist, chairman of the board of the Centre for Liberal Strategies in Sofia and one of Europe’s leading intellectuals, on “European Identity from an East European View”.

We are also planning various cooperation events like the participation in the We4Europe conference on 22th May at the ESMT in Berlin.

Furthermore, we are working on a more appealing, dynamic website, increasing our visibility and activities on our social media accounts, and planning several alumni meetings.

Please spread the word! Talk about United Europe in your circle of friends, acquaintances and colleagues. Let’s stand up together for a united, diverse and competitive Europe! 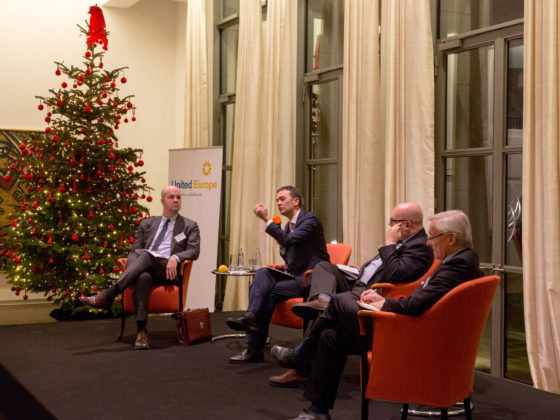 Germany and France must take the lead to reform the European Union! 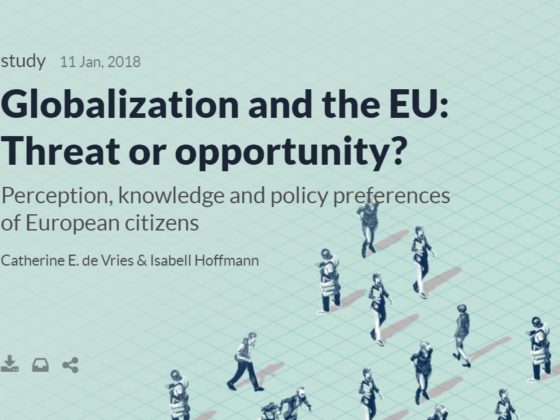 Study: “Globalization and the EU: Threat or Opportunity?”