United Europe e.V. and ESMT Berlin worked together on a scientific study to investigate why and how CEOs and managing directors of European companies are increasingly taking a public stance on political and social issues that are not directly related to their core business. Examples include climate change, immigration policy and the minimum wage. This phenomenon has been noticed in recent years, particularly in the USA. However, case studies from Australia, Asia and Europe confirm that CEOs worldwide are increasingly taking a stance regarding these issues.

On 26 October, 2020, the results of the study will be presented by Christoph Cewe, ESMT Berlin MSc graduate, which as the first of its kind investigates European CEO’s rationales behind socio and political stance taking. The presentation will be followed by a panel discussion. Speakers include Leonhard Birnbaum, Member of the Executive Board E.ON SE, Günther H. Oettinger, former EU Commissioner and President of United Europe, and Joerg Rocholl, President of ESMT. The discussion will be moderated by Ulrike Guérot, Professor for European politics and democracy research at the Danube University Krems.

The discussion takes place as a hybrid event at the ESMT Berlin and will be broadcast live via Zoom with simultaneous English translation. You can register for the Zoom event here: 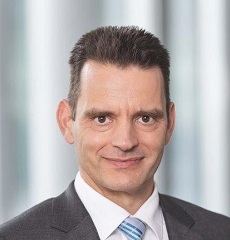 Dr Leonhard Birnbaum serves as Chief Operating Officer – Integration and Member of the Board of Management of E.ON SE. He began his professional career as a management consultant at McKinsey in Düsseldorf. After holding various positions – including at McKinsey’s off ice in Houston, USA – he was Senior Partner for the energy and industrial sector. In 2008, he joined RWE AG and was appointed to the Board of Management the same year. He served as Chief Strategy Officer and as RWE Group’s Chief Commercial Officer until 2013. Since 2013, Leonhard Birnbaum has been a member of the Board of Management of E.ON SE. Initially in charge of trading and decentralized solutions, he later served as Chief Commercial and Chief Regional Officer and Chief Operating Officer Networks & Renewables. Currently he is responsible for the innogy integration project, PreussenElektra and the internal consultancy. From 2019 to 2020, he was also Chairman of the Board of Management of innogy SE. Leonhard Birnbaum is Vice-President of the Presidium of BDEW, the German Association of Energy and Water Industries, Vice-President of Eurelectric, the European Electricity Association, and Vice Chair of the World Energy Council. 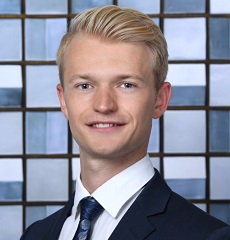 Christoph Cewe is a M.Sc. in Management (with honors) graduate of ESMT Berlin. During his master studies, he specialized in global and digital strategy and completed internships in management consulting. Before studying at ESMT Berlin, he completed a B.Sc. in Business Informatics in cooperation with the E.ON Group, for which he worked in Germany, USA, and the UK at the intersection of business and IT. 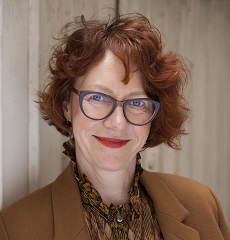 Dr Ulrike Guérot is professor at the Danube University in Krems, Austria and head of the Department for European Policy and the Study of Democracy. Moreover, she is the founder of the European Democracy Lab in Berlin, a think-tank generating innovative ideas for Europe. Besides working and teaching at universities in Europe and the United States, Ulrike Guérot has worked at and directed several European research institutes and think tanks. Her books (“Why Europe Must Become a Republic” in 2016 and “The New Civil War – the Open Europe and its Enemies” in 2017) hit best-selling marks in Germany and beyond. Her work has been widely translated and published throughout Europe. 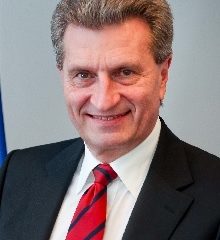 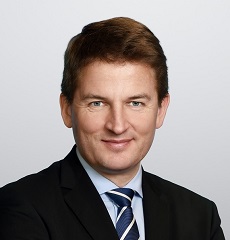 Prof. Jörg Rocholl, PhD, is the president of ESMT Berlin. He is also the vice-chair of the advisory board to the German Federal Ministry of Finance and the vice-chair of the Verein für Socialpolitik (German Economic Association).
Prof. Rocholl graduated from the Witten/Herdecke University, where he earned a degree in economics (with honors). After completing his PhD at Columbia University in New York, he was named an assistant professor at the University of North Carolina at Chapel Hill. Prof. Rocholl has researched and taught at ESMT since 2007 and was appointed president of ESMT in 2011. From 2010 until mid-2019, he held the EY Chair in Governance and Compliance.