German politics, especially vis-à-vis international organisations such as the EU, NATO or the OSCE, is positioning itself inadequately in the face of the serious crises. The preamble of the German Basic Law mandates Germany’s responsibility for peace in a united Europe. Thirty years after German unification, this is still the defining moment of the Berlin Republic. But now Europe is in a new crisis: the coronavirus pandemic. French President Emmanuel Macron calls this “Europe’s moment of truth”: The world is therefore watching to see whether Germany can maintain European unity and solidarity during its EU Council Presidency. Both Europe and the transatlantic partnership need German leadership. What initiatives can Germany as the richest and safest country in the Union take, how can it lead without dominating?

Now that the European debate is increasingly focused on European self-determination in transatlantic relations, Europe is dependent on its geo-economic power and soft power. European influence comes from economic strength, from information security and regulations, from data protection, etc. But where do politicians and the public get the information and analysis about trends and problems that are necessary to shape European policy?

The European Union, and Germany in particular – its most influential member both economically and politically – must summon up the political will to face the challenges of a world order in disintegration. Member States must recognise the need for a long-term strategic debate to save transatlantic relations and the liberal values and stability of the European Union in a world that seems to be succumbing to “survival of the fittest”.

Europe must overcome its international irrelevance. A meaningful debate on European security issues cannot be conducted without the support and political will of Germany. Hearings and debates with European experts in the Bundestag could be the starting point for German policy to fill the vacuum of European leadership. Germany must avoid the one unilateral special path and find its position as a “partner in leadership” with other European member states. Germany should expand its political decision-making process through a regular series of Bundestag debates and reports by a Council of Experts on Strategic Foresight in order to strengthen its strategic capability and raise public awareness of global problems. Leadership in Europe would also strengthen transatlantic relations.

Europe is increasingly in a mode of crisis management, especially now that the curtain that has obscured military conflicts has finally been lifted. “Making Europe more relevant again” could be the maxim, but how?

With the withdrawal of the USA from the international power structure, the questioning of the American assurance of collective security under Article 5 of the NATO Treaty, the USA is proving to be an insecure partner. In April 2019, the Stiftung Wissenschaft und Politik published a study on the European permanent crisis – “Europe’s Banality of Good” – which essentially asks the question: Can Europe create a new order out of this crisis in the transatlantic partnership if the US withdraws from Europe?

The uncertainty in Germany is reflected in the positions of its politicians. While the Defence Minister was certainly in favour of a joint European mission in which the German navy would participate to protect the freedom of passage in the Strait of Hormus, Foreign Minister Heiko Maas was more hesitant and spoke out in favour of a surveillance mission. Other German parties have spoken out completely against a naval operation. No action has yet been taken.

A Council of Experts on Strategic Foresight
Germany can address these structural problems. Strategic foresight aims to promote informed public debate and make it the basis for political decisions. Looking ahead, identifying risks and opportunities, weighing up alternatives early on – all this could have a significant impact on the strategic capability of German foreign policy.

While think tanks and universities are able to develop new, policy-relevant ideas, politicians must shape policy and discuss the results. A council of experts can identify risks such as impending conflicts, confrontations or ongoing problems such as resource scarcity and the consequences of climate change as megatrends and part of complex, multi-dimensional conflicts. A council of experts can develop scenarios and offer possible strategic options. However, it cannot take decisions, but rather empowers parliamentarians in their task of holding the government to account and developing policy alternatives, thereby also increasing voter confidence. Preparing the public for potential risks is necessary. Scenarios can be used to show when, how and which national German interests could be attacked.

A Council for Strategic Foresight provides the basis for an ongoing, informed public debate on strategy, foreign and security policy. This debate could be based on annual expert analyses of global trends, scenarios and alternative courses of action for current and future challenges. Through regular hearings in the Bundestag, the opinions of allies and neighbours could be obtained in an open debate. In the short term, this would inform the political process and reassure the voters of the members of the Bundestag that they are addressing important issues. In the long term, this could lead to a change in strategic culture that would support the need to develop strategies for Germany and Europe that strengthen or reshape the world order on the basis of a strong transatlantic partnership. Proximity to the political process would create legitimacy, and anchoring it in the Bundestag would guarantee a certain degree of non-partisanship.

A sovereign Germany needs a foreign and security policy based on strategic plans. At the same time, however, a security strategy for Europe is needed that defines strategic planning as a priority beyond crisis management. A sovereign Germany that performs its duties towards the EU and NATO with the principle of “leadership through partnership” and in full knowledge of its history is the greatest hope for the reshaping of the liberal world order. Of course, hope is not yet a strategy.

The text is part of the White Paper “Report on the Situation of Quality of Information in Germany” and was presented at a Parliamentary Evening in Berlin on 15.9.2020. The full White Paper can be downloaded in German language here.

Prof. Dr. James D. Bindenagel is a former US Ambassador and served as an American diplomat in East, West and united Germany. He is Senior Non-Resident Fellow of the German Marshall Fund of the United States in Berlin and a member of United Europe. Bindenagel teaches as Senior Professor and writes about international security in the 21st century. His research and teaching focuses on German security issues, German-American relations, conflict prevention, post-conflict justice and transatlantic relations. 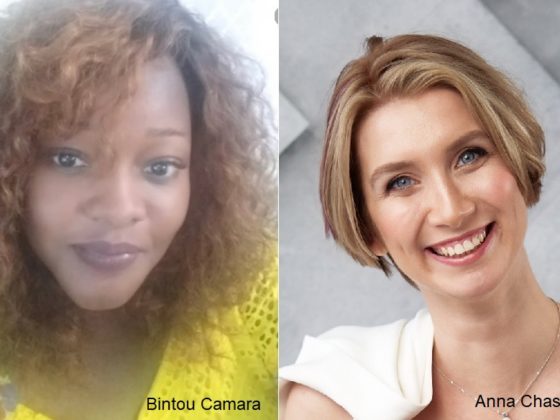 Podcast about sustainibility with two members of United Europe 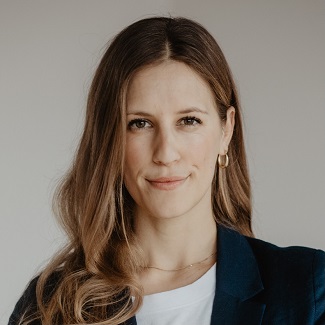 „Improving Europe in terms of employment, climate and social cohesion will only be possible, if we make joint constructive efforts. The Member States could do more to improve its competitive position for example in the field of artificial intelligence. I firmly believe we can seize opportunities in a united Europe.“