The alliance for security and defence between the United States and Europe – especially Germany – which was once considered unshakeable, is increasingly becoming unstable under President Trump’s administration. The recently announced withdrawal of almost a third of US troops stationed in Germany is causing astonishment and uncertainty in many places. Lieutenant General (Retired) Ben Hodges has sharply criticized the withdrawal plans in public. Does the USA still feel committed to security in Europe? What consequences would the withdrawal planned for this autumn have, including for the development of a European security and nuclear strategy, which France’s President Macron in particular wants to push?

In February, Macron proposed a strategic dialogue on a European defence and nuclear capability, not to replace the alliance with NATO but to support it. NATO Secretary General Jens Stoltenberg has so far rejected the French proposal in order not to further weaken the NATO alliance through a common European security strategy. But Trump’s recent manoeuvre could change the situation.

Although the coronavirus may have put Macron’s plans to build a more independent European defence force on hold for the time being, there are growing voices calling for a serious discussion on the state of European troops and a European defence strategy. Even before the Covid-19 pandemic Europe was reducing its investments in security capacity as a result of radical austerity measures implemented after the last financial crisis. With dramatic consequences.

Swedish defence expert Anna Wieslander says that the financing debacle is destroying dreams of European autonomy: “The way the EU defence budget was run before the corona crisis, even on the most important project of military mobility – let’s leave this piece of naive dreaming behind.”

How can strategic cooperation among European countries be increased? In what way would German public attitudes have to shift to accept the French offer of nuclear technology transfer? Can Europe continue to rely exclusively on NATO and the American nuclear umbrella in the future? How much would European strategy overlap with the NATO alliance and what would be the consequences? And what role would Europe’s nuclear power Great Britain play after Brexit? 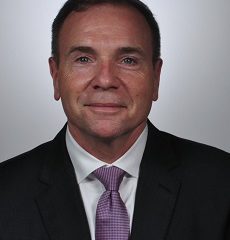 Lieutenant General (Retired) Ben Hodges holds the Pershing Chair in Strategic Studies at the Center for European Policy Analysis since February 2018.
A native of Quincy, Florida, General Hodges graduated from the United States Military Academy in May 1980 and was commissioned in the Infantry.
After his first assignment as an Infantry Lieutenant in Garlstedt, Germany, he commanded Infantry units at the Company, Battalion and Brigade levels in the 101st Airborne Division, including Command of the First Brigade Combat Team “Bastogne” of the 101st Airborne Division in Operation IRAQI FREEDOM 2003-2004. His other operational assignments include Chief of Operations for Multi-National Corps-Iraq in Operation IRAQI FREEDOM (2005-2006) and Director of Operations, Regional Command South, in Kandahar, Afghanistan (2009-2010).
General Hodges has also served in a variety of Joint and Army Staff positions to include Tactics Instructor; Chief of Plans, 2nd Infantry Division in Korea; Aide-de-Camp to the Supreme Allied Commander Europe; Chief of Staff, XVIII Airborne Corps; Director of the Pakistan Afghanistan Coordination Cell on the Joint Staff; Chief of Legislative Liaison for the United States Army; and Commander, NATO Allied Land Command (Izmir TUR). His last Military assignment was as Commanding General, United States Army Europe (Wiesbaden, Germany) from 2014 to 2017. He retired from the US Army in January 2018. 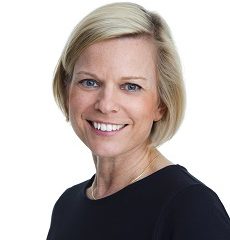