The TV viewership in Ukraine is growing, too and the top five channels are owned by different oligarchs who interfere with the reporting. This creates a dangerous reality for news consumers, as on one hand, they get to choose from a variety of sources, but on the other hand, the content is often heavily manipulated. Currently, Ukraine ranks as having a relatively free media environment, but many journalists — especially independent investigators — face many threats which often go unnoticed and unpunished.

Given the situation, it is no surprise that few digital media outlets have managed to survive independently without relying either on owners or grant money. However there are success stories, and up until the pandemic, the number of digital media outlets was growing. A few digital platforms tried to fund their way by using paywalls and others ran crowdfunding campaigns. The most successful model so far has relied on diversifying the media funds, so the newsrooms rely on different sources at the same time, thereby making themselves more sustainable.

Yet, the difficulties existed even before the pandemic. The only platforms which appeared relatively stable were the biggest television channels, and that is only because the oligarch owners were willing to cover all the debts in exchange for news influence. Running an independent platform is difficult, and although there are many independent platforms now, they are still quite small in comparison to the Goliath that is television.

Virus that Controls Us All
Up until the quarantine, Ukraine lived in a state of coronavirus denial, with the media being included within this bracket. Newsrooms were not prepared for the changes that the pandemic brought to their work, and the difficulties kept increasing.

First, the advertising market collapsed. It is inappropriate to make predictions, but a number of independent platforms are already shutting down simply because they lost their main source of income, which are advertisements. Nearly every tenth newsroom ceased operations during the quarantine, and it’s unclear whether they will be able to return after the pandemic. More than 80% of media have lost their advertisers, another sources of revenue are falling too.

The worst situation is with independent regional media, which are usually the first ones to suffer from any market decline. As most local businesses shut down for the quarantine, they stopped their advertising in regional media. Half of newsrooms had to put off new projects, and nearly a quarter of all journalists are facing financial hardships. Some newsrooms went for drastic measures, either firing staff, or delaying salaries.

Other revenue sources are also affected. Newsrooms can no longer organise offline events, and many opened their paywalls to provide people with important information about the pandemic. Some newsrooms launched crowdfunding campaigns and started looking for grants to survive.

There are winners, too. Quarantined Ukrainians now spend their time by watching more TV, so these channels managed to get more advertising during the pandemic. By promising attractive discounts they kept most of the previous advertisers and even increased the number of advertisers on their channels.

It looks like the virus has got the better of most media, and independent media outlets are the most affected — primarily because it is difficult to make money off of pandemic stories. The newsrooms try to inform and reach out to as many people as possible, but this puts a strain on already weak financial models. As most revenue sources are heavily diminished, there are few options left for free press.

Surviving the Pandemic: Distancing from the Rest
The situation is grim, and there are good reasons for this. Yet, the media environment was not exactly striving before the crisis, and still, many independent newsrooms managed rather well. The virus creates new challenges, and that means a lot of resilience is needed.

It is important to send the right messages to both audiences — and advertisers. Slowly, newsrooms are repeatedly trying the crowdfunding model. While, this is not the most sustainable solution, this option has proven effective in Ukraine and can help any struggling newsroom during the initial pandemic period. Some safety nets in the forms of grants could help the struggling newsroom too as they can sustain the work of media outlets during the time of reshuffling its revenue sources and optimising spending.

For instance, during the quarantine, some newsrooms reduced the production of printed newspaper, as fewer people on the streets results in fewer buyers of newspapers. While this source of funding may be lost, turning to a digital format is the right path. For example, podcasts are getting hits and niche newsletters are also retaining a readership. Newsrooms are also targeting new advertisers and proposing better plans for existing ones. After all, some businesses are doing better during the pandemic, so it is essential to reach out to them.

The newsrooms also have to reassess their relationship with content. Using paywalls is usually met with suspicion, especially at the local level. If that does not seem like a working option, there are other ways to sell content. Media are selling some materials or access to specific information on their websites, such as job markets or case studies. Media outlets are trying to have content that is different to competitors, and the content is likely to be non-pandemic related. True, Ukrainians — like most Europeans now — care about COVID-19, but they are also getting tired of the concentration of news on the subject. Those media outlets that manage to fill in the information gap will win in the long run.

The current crisis is essentially about knowing the audience and understanding what they want from you, which is highlighted by the recent surge of podcast popularity. As Ukrainians want more digital content, it’s possible to deliver something interesting, catchy, and popular — and also make it profitable by targeting the advertisers who can pay, through new sponsorship models, and by offering paid content option for the readers/listeners/viewers. Journalists quickly managed to adapt to the use of online interviews, so now, they need to adapt to the new business model.
The text was first published on Digital Communication Network on 14th June, 2020 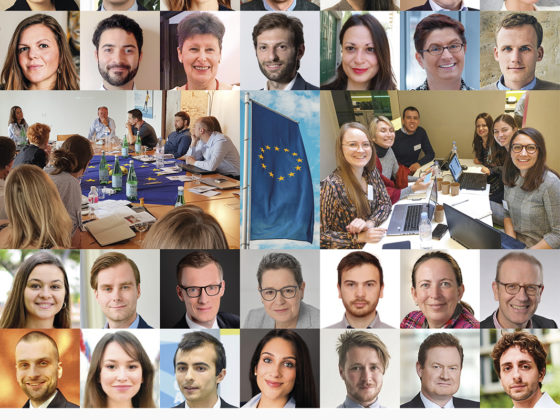 Jürgen Chrobog: Relations of the USA with Germany and the European Union. An – incomplete – survey