During United Europe’s recent Young Professionals Seminar in Lisbon, our Young Professionals Advisor Anna Romandash got into many discussions on security, the NATO and the EU, and Ukraine’s role in all of this. It turns out Ukraine remains a controversial, if not a painful subject for many. Here is her text:

The issue of Europe’s security is the issue of Ukraine’s security: this is a common idea in my home country. For the longest time, I thought it was also shared by other European allies that declared their support for Ukraine on various occasions. This isn’t the case, however. Ukraine is not the EU’s priority at the moment, and there is a lack of a clear strategy toward the country. Does the EU know what to do with Ukraine? It doesn’t, or so it seems. Is it a bad thing? Yes, but no, and here’s why.

Ukraine has been perceived as one of the many post-Soviet states in the Russian sphere of interest. For some time, Ukraine played that role perfectly, too. Indecisive governments never fully committed to Russia while declaring their interest in having good relations with East and West. What it meant on practice was strong dependence on Russia’s influence, slow yet continuous communication with the EU, and years of stability and slow development. When Ukraine openly declared its pro-European priorities after 2004’s Orange Revolution, it did not progress much. Although the interest was there, the Western partners did not seem to be ready to accept Ukraine at that time.

Things turned for the worse after 2010 election of a pro-Russian President Viktor Yanukovych. Ironically, it was during his presidency that Ukraine got a chance to sign an Association Agreement with the EU – something that it could not do during the presidency of a pro-Western leader Viktor Yushcheno.

The potential of “losing Ukraine” could be prevented if only Ukraine signed the Association Agreement and commit to its implementation. At the last moment, Yanukovych refused, and the rest is history. What’s happening now is the direct result of the previous decades where politicians were too careful to manouevre away from Russia and declare their interest in restoring national identity and pro-Western aspirations. The following war with Russia and domestic instability consequently followed the pattern of unhealthy relations between Russia and Ukraine, and weak relations between the EU and Ukraine.

What’s interesting is how the EU perceives Ukraine now. It appears that despite years of struggles, declarations on both sides, and increased cooperation, there is still a lack of a clear approach toward Ukraine, and a productive strategy toward the country is missing. For many Europeans, Ukraine remains terra incognita in Russia’s orbit, so major political decisions are made while keeping business interests in mind – and those interests usually include Russia. Ukraine’s location as a safe haven protecting the EU from Russia, or a buffer between East and West, democracy and its absence, is another bias when thinking of Ukraine. Finally, there is the issue of size because integrating a country this big into the EU – even if we are talking about remote future – appears difficult at best given the current internal issues among member states.

While these aspects may be disadvantageous, Ukraine has an opportunity to use them for its benefit, too. Being on the EU’s Eastern border, it’s got a large population which is very much interested in greater cooperation with the West, and a culture that is altogether European. The size can be of great advantage if Ukraine’s reforms catch on to produce desired results and re-launch its economy on a new scale. In addition, Ukraine’s pro-active role is as necessary as pro-active EU when both entities are discussing mutual cooperation.

What Ukraine badly needs is a good PR campaign, so the Western allies – including both the EU officials and the regular citizens – see Ukraine as a European country returning back to Europe, and not as a newbie they’d rather sacrifice to please Russia.

Anna Romandash is a 26-years-old journalist from Lviv, Ukraine. She is managing communications at the NGO “Digital Communication Network”, works with Eastern European journalists and is looking for ways to make this work more engaging for all Europeans as well as understand the way EU is handling some media related policies. Currently she is correspondent for Radio Free Europe in Barcelona. 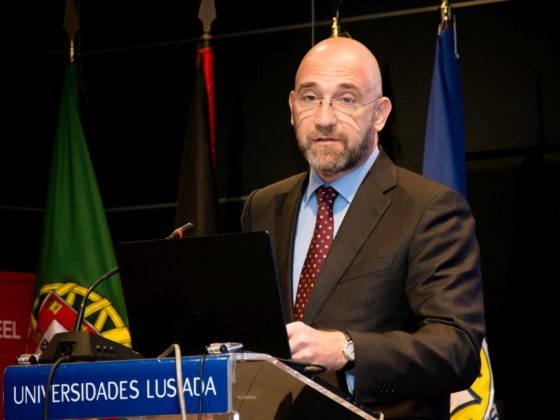 CEO Roundtable in Budapest: The Future “Made in CEE”