In this text, a team of our Young Professionals Advisors writes about the many faces of the EU security challenges that should be given more attention.

Anna Romandash is a journalist specializing in Eastern Partnership and security in the region. Originally from Ukraine, she has worked on crisis reporting and capacity building projects. Vlado Planinčić from Bosnia and Herzegovina has an educational background in the EU integration and a strong interest in improving inter relations between the Western Balkan countries. Eshgin Tanriverdi is from Azerbaijan and a PhD candidate/researcher in the realm of International Relations. He is currently based in Turkey and has an expertise on regional security issues in the South Caucasus and Turkey. Dyria Alloussi from Germany is the group’s migration expert. As a consultant she spent 10 years on the ground in the Middle East and North Africa. She is currently working at an incubator for migrant entrepreneurs and refugees.

The Cold War and the following stability created unique conditions in Europe: on one side, the EU outsources its security to NATO and lacks a common European army; on the other side, the increasing external challenges call for more action among all member states. New EU initiatives are on the rise which aim to promote cooperation and reinforce Europe’s capacity to defend itself. They are closely linked to the recent global and regional developments such as the rise of terrorism, hybrid wars on the EU’s borders, and the migration crisis.

According to Dyria, it is evident that the migration crisis contributed to a political shift in the EU: waves of refugees sparked intense fear and hostility among some in the EU and thus enabled populist politicians to come to power. Such figures as Victor Orban and Matteo Salvini are winning votes while openly challenging European values and benefiting from the EU membership at the same time. With regional conflicts and polarization on the rise, the EU focuses its attention inwards; however, to solve the existing challenges, it should pay more attention to the global stage.

Since January 2019 more than 83,000 migrants arrived in Europe via the Mediterranean Sea, as well as from other routes. Frontex, the EU border agency, is facing the increasing challenge of managing new arrivals and supporting refugee centers in third countries without executive powers. As considerable numbers are still coming to the EU, what exactly is the EU’s foreign policy on the issue?

According to Vlado, the budget is one of the most painful debates among EU member states, especially becoming evident when talking about security. Global defense spending has been on the rise, and it also increased in Europe (around 1.4% in 2018, or $364 billion), making it the third-largest spending region on the planet. As Europe accounts for one-fifth of global military expenditure, France, Italy, the UK, and Germany are among the leaders.

However, although several EU members – such as Central and Eastern European countries – have increased their security spending, not all have reached the 2% “NATO target”. This does not only lead to international criticism but points out the regional disparities with choosing priorities for the EU as a whole.

Anna indicates that the lack of a clear pan-European strategy for security is risky given the instability in the region and conflicts both internally and externally. “After Russia annexed Crimea, NATO started paying more attention to the North-Central Europe,” says Jamie Shea, Assistant Secretary General for Emerging Security Challenges at NATO (2010-2018). According to him, there are many challenges faced by NATO members such as fewer troops in Europe, lack of an efficient transportation system, and the necessity to ready themselves to new challenges. “Our enemies are not going to fight in classic ways as we have seen it around Europe,” Shea adds. So how should Europe respond?

Eshgin remarks that some EU member states share security concerns and ask the question if they should become more active in the defence field? Is there a need for a newly-formed EU army? Continuously the military sector has been a priority in the EU. Therefore organizations such as  European Organizations of Military Associations and Trade Union (EUROMIL), European Union Military Committee (EUMC), Military Planning and Conduct Capability (MPCC), are becoming a significant part of politics in Europe. However, the total European security landscape is extremely complicated: exhibiting almost all imaginable forms of insecurity except the classic military one. Considering the current external and internal conditions, the EU should be able to defend its security interests and take strategic responsibility when necessity emerges.

The challenge remains open: is there a need and political will for a big step toward the EU army? Or is there an alternative being discussed? Finally, does the EU have a consensus on border and migration issues on top of a looming military threat on its Eastern borders? These issues remain to be unsolved. 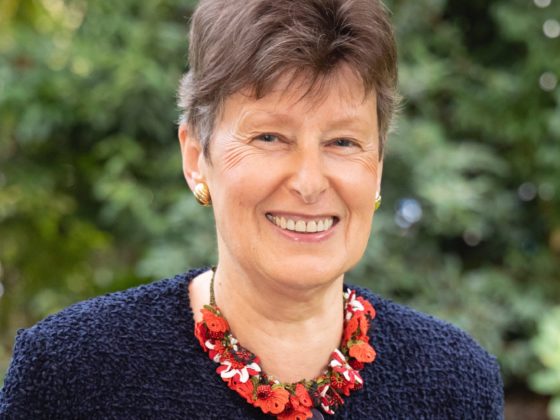 Is Christmas really over? European security in the age of Trump, Brexit, and rising global instability

Kristina Radovic: How can the EU meet the new internal and external challenges?