Defying the hopes of many on the European continent, U.S. President Donald Trump’s “America First” policy will likely be reinforced during the 116th Congress. Henceforth, it will be easier for Trump to make a “new deal” with the new Democratic majority in the House of Representatives. After all, Trump and Bernie Sanders, a self-declared socialist, are both critics of free trade and want, above all, to create jobs for American workers.

According to Trump’s campaign strategist Stephen Bannon speaking immediately after Trump’s electoral victory, given the (still) low U.S. and global interest rates, there is an opportunity to reconstruct America to the benefit of its “working class”, and thus create a political realignment. Bannon foresaw interesting times ahead, similar to those of the 1930s, and another chance for daring and persistent experimentation, similar to Franklin Roosevelt’s “New Deal” era. Bannon foresaw a shift bigger than the Reagan Revolution: an alignment of conservatives and populists in an “economic nationalist movement”.

Political and economic decision makers worldwide should take this radical predication seriously, and stop hoping that the checks and balances in the United States, namely Congress, will moderate it.

By justifying trade tariffs on national security grounds, Trump can undermine legislative control. It was the U.S. Congress, with the Trade Expansion Act of 1962, which yielded trade powers to the president in case of a national security threat. While the legislature could also take back these powers, the current political situation makes this very unlikely. President Trump might not even need to veto such a legislative vehicle, because he could also count on many protectionist Democrats to kill the bill in committees or on the House floor, before it even arrived on his desk.
By enforcing punitive trade tariffs on steel and aluminum on national security grounds, Trump not only broadened his domestic but also his international powers. In fact, he has already blackmailed Americas NATO “allies” and undermined the World Trade Organization.

Military power: a competitive economic advantage
When linking trade and security policy, Trump perceives America’s NATO partners as more like adversaries than allies: he views their exports to the United States as a national security threat. European trade partners may only ask for an exemption from punitive tariffs if they help to improve America’s trade account.

European “allies” can only earn Trump’s goodwill, if they buy American weapons, remain technologically dependent, and thus reduce America’s current account deficit. Those who want to keep America’s protection have to pay more—and this tribute is due not only in security but also trade matters.

Henceforth, military power constitutes the key economic competitive advantage. It is very useful for winning in an increasingly competitive international geopolitical environment—with the right of the militarily strongest, and at the expense of all the other nations.

This thinking of Trump and his advisers, which was explicitly referred to as “realist” in the U.S. National Security Strategy, is at odds with the liberal internationalist view preferred by less muscular countries such as Germany. In a liberal world order, organizations and concepts such as the WTO, the United Nations, international law, and the UN Charter’s principle of equality play a central role. By contrast, in Trump‘s Darwinist view, in which military might justifies everything and guarantees America’s dominance, multilateral organizations are a hurdle because they are designed to empower international law, and also give an equal voice to “weaker” countries in the concert of nations.

A national security threat to WTO
Above all, Trump has repeatedly criticized the multilateral trading system as a “bad deal” for America. Using its military might as a bargaining chip, and justifying punitive trade tariffs on national security grounds, Trump not only pursues nationalistic economic interests, but also undermines the international WTO.

For the time being, the Trump administration has not yet declared German cars to be a U.S. national security threat, as it did for steel and aluminum. In early December 2018, despite the displeasure of EU and German officials, Trump granted German carmakers a meeting in the White House with himself and members of his economic team, including Commerce Secretary Wilbur Ross and U.S. Trade Representative Robert Lighthizer, where the carmakers pledged to create more jobs in the United States.

Before that, in July 2018, outgoing President of the European Commission Jean-Claude Juncker had pleased Trump by offering to pay tribute and satisfying the EU protector’s demands: Instead of Russian gas, Europe wants to buy more expensive liquefied natural gas from the United States and shoulder the investment costs for the terminals.

At the same time, the US President’s antagonistic world view was reinforced, when the European Union brought a lawsuit against the United States at the WTO. Trump’s tactical offer to help reform the international organization may soon be replaced by a strategic threat to declare the WTO irrelevant.

Even in the best-case scenario, a dispute settlement would take a long time. More consequential, however, is the paradigm shift caused by Trump’s linking trade with security matters since it is highly questionable to begin with whether the WTO can settle trade disputes that are justified on national security grounds. Following America’s precedent, other nations as well could play the security card. This would mean the end of the rules-based international order.

No retaliation, but reduce imbalances
While it is tempting to respond to US protectionist measures likewise with counter-tariffs, this would be very dangerous. Further escalation would especially hurt export-oriented countries such as Germany. A tit-for-tat could drive the world economy into a deep recession like in the 1930s—with similar damaging consequences.

A more thoughtful and in the end effective move would be to recognize and reduce the problem of trade imbalances. This approach would provide opportunities for Germany and Europe.
Permanent trade imbalances are a political problem. In countries with deficits, they mislead people into thinking that foreigners are robbing their industries. They feed the illusion that the country would benefit from protectionist measures. As was the case prior to the Brexit referendum in Great Britain, deindustrialized rural areas also rebelled against the urban areas in the United States. Trump won the 2016 elections against the so-called establishment and the “globalists” because he promised to fight globalization, which in the past was mainly driven by the United States itself.

To be sure, Trump has a point when he insists that Europe exports more to the United States than vice versa. But the U.S. trade deficit does not result from Europeans ripping off his country. Rather, it is the logical consequence of a lacking savings rate. As long as the United States does not save but lives beyond its means, it will have a trade deficit.

The U.S. government, households and companies have lived beyond their means by taking credit from abroad, because Germany and other export-oriented countries have been willing to co-finance the overdrawn living standard of the United States by forgoing their own consumption and investments.

Permanent trade imbalances also create economic problems. Countries with surpluses should stimulate more domestic consumption, avoid budget surpluses and improve investment conditions. If surplus countries such as Germany provided fiscal incentives to invest savings domestically, trade imbalances could be reduced. Compared to other industrialized countries, Germany has one of the lowest investment rates. The national and local governments could increase their investments in Germany’s public infrastructure, for example in education and schools, power grids, roads, and a nation-wide fiber-optic network.

Companies and institutional investors could also contribute to improve the capital stock in Germany and Europe by investing more in the domestic infrastructure and less in the “deep” U.S. markets. As it is, they face a huge risk of losing again their “assets” when the indebtedness in the United States again gets out of control. U.S. private and public debts has already reached alarming levels, and the exorbitant debt keeps rising. For some time now, the U.S. Congressional Budget Office, a bipartisan research unit, has been warning that the United States’ rising debt creates substantial risks for another financial meltdown, which would endanger the U.S. government’s capability to act.

Less abundant foreign financing would put pressure on the United States to balance its budget and deal with its exorbitant debt. It is no secret that deficit countries, above all the United States’ irresponsible financial behavior, create macro-economic imbalances on a global scale. Risky transactions resulted in the financial crisis in 2007–2008, threatening the collapse of the world economy and wiping out the assets of many international investors.

If the first alarming signs of global stock markets are any indicator, there is not much time left to prevent increasing macro-economic imbalances from facing a corrective shock, causing havoc in the world economy, and once more threatening political systems, including in Europe. It is high time to establish a “Europe United” to survive and succeed in the global geo-economic competition.

Now it is time to remedy the European Union’s birth defect, namely having set up an economic union without a political union. Establishing a European finance minister, a rules-based finance adjustment scheme, common unemployment and savings insurance, a banking union, and a European Monetary Fund would be the next consequent steps. If the euro were strengthened politically, foreign investors would also find a safe haven in the European Union.

Dr. Josef Braml is a senior fellow at the German Council on Foreign Relations (DGAP) in Berlin. He is the author of the book “Trump’s America – At the Expense of Freedom“ (Trumps Amerika – Auf Kosten der Freiheit). 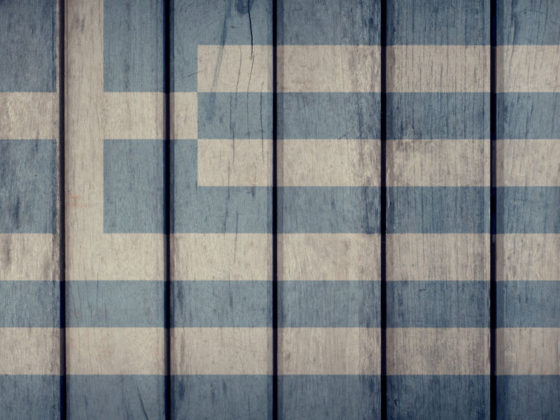 Feike Sijbesma: The EU as a strong, diverse entity

💥Here it is: YPA Hattie Watson presents the next episode of #europeexplained #GDPR sounds like high flying legal… https://t.co/UdkWYEJewd
7 hours ago
Follow

„Europe has brought prosperity and competitiveness and thus a stronger position in the world, stability and peace. In addition, climate change, the energy transition, clean air, cybersecurity, immigration and food for a growing world population are not national but international challenges.“