“To achieve a fully integrated Single Market, the focus now needs to be set on removing the remaining barriers,” writes Prof. Jörg Rocholl, President of ESMT Berlin in our article series “Europe can do better. How our continent finds new strength. An wake-up call from economy“, initiated by Handelsblatt and United Europe. In his text he explains what these obstacles are and how they can be overcome.

European companies are falling behind compared to American and Chinese competitors. This conclusion can be drawn by looking at the world’s most valuable companies in terms of market capitalization. According to a current PwC ranking, eight American and two Chinese businesses are among the top 10, but not a single European one is. The most valuable company in Germany follows at position 60 – only four German companies are among the top 100 worldwide. Of course, you can make the following objections: First, stock market prices are constantly changing; thus, this picture might look very different tomorrow than it does today. Second, the German economy in particular benefits from its strong Mittelstand (small and medium-sized companies, SME) and its many hidden champions (world market-leading SMEs). Stock market prices are thus not necessarily a reflection of the state of the economy as a whole.

Still, the trend is clear: Capital markets see a brighter future for American and Chinese companies than for European ones. This development is even more remarkable when we consider that the most valuable companies in the world such as Apple, Google, and Amazon in the U.S. or Tencent and Alibaba in China have only recently gained their current positions. Their rise reflects the rapid development of data- and platform-driven business models. With them and their enormous financial strength, these companies attack competitors in different industries and countries, which are desperately looking for strategic answers to the new challenges. European companies are more in a defensive position here. They are not represented well enough in these dynamic fast-growing markets to exert significant influence. In many cases, the international giants swallow up successful European startups shortly before they can really take off.

A second look reveals that the economic success of data- and platform-driven business models depends significantly on their fast and comprehensive scalability. Each new user of a platform increases its value for all other users. If you want to exchange information with friends, family, or business contacts online, you have to be where many of these people already are. Above a certain critical limit, the number of users increases exponentially, because nobody can ignore the platform anymore. The magic word is “scaling” – some might say growth at all cost while (temporarily) ignoring profit margins. The profit comes automatically once a company has achieved the status of market leader. The platform then becomes attractive not only to the users but also to providers of goods and services, capital markets, and financial institutions. Hence, the key questions is: Does the European Single Market facilitate the scaling of new (digital) business models? The answer is “yes, but.”

There are still significant obstacles to full market integration in Europe. The key economic and political challenge is to identify these barriers and remove them as quickly as possible. The concrete policy proposal is thus to take stock of all practical obstacles in the European Single Market to exploit the untapped potential of full market integration. ESMT Berlin and the Bertelsmann Foundation have started this for the area of capital markets and financial services and invite other stakeholders to add to this stock list and extend it to other markets.

An interlinking of formerly separated financial markets involves the exchange of information, cross-border capital flows and investments, trading in financial products, and attracting foreign financial resources. The road to a fully-fledged EU financial market began in 1957 with the Treaty of Rome. In 1993, the Maastricht Treaty eventually set out the objective of completing the Single Market. Since then, further steps such as the Financial Services Action Plan and the creation of the European Monetary Union have led to an increasingly integrated financial market. In response to the financial crisis of 2007/08, a single regulatory framework with common rules for the financial sector was implemented to ensure a level playing field and develop a more resilient financial system. Many of the low-hanging fruits have already been reaped during this long process. To achieve a fully integrated Single Market, the focus now needs to be set on removing the remaining barriers. The following section addresses these barriers and presents possible solutions to overcome them, distinguishing between hurdles affecting banks, companies, and investors.

Banks
Ring-fencing of payment flows between banks and their subsidiaries
Intra-group loans for bank subsidiaries with parent companies in other European countries can be severely restricted by national authorities. Further regulatory powers should therefore be transferred to the European level.

Inconsistent application of resolution rules
Bailout rules laid down in the Bank Recovery and Resolution Directive (BRRD) have only been applied to the Spanish bank Banco Popular. The European Commission must ensure that state-aid rules are reformed to comply with the requirements of the Banking Union.

Problems with securitization of bank loans
Banks are often confronted with high discounts when they attempt to securitize loans. It may be helpful to have an independent and trusted institution, such as the European Investment Bank, which certifies and evaluates mortgage pools, to facilitate securitization.

Firms
Bureaucracy and legal uncertainty due to IPO prospectus regulations
The European Commission is currently reforming the rules for IPO prospectuses. While this move is welcome, there is a danger that the current reform proposals will increase bureaucracy. Prospectuses should contain useful information for potential investors but not a comprehensive list of factors that could affect the business outlook in all circumstances.

Corporate taxation distorts financing and harms cross-border risk-sharing
In most corporate tax systems of Member States, interest payments can be deducted from corporate tax payments. However, there is no such measure for equity funding of firms. This distorts company financing decisions towards debt financing. The elimination of the debt bias could therefore contribute significantly to the development of stock markets in Europe.

Different bankruptcy regimes create uncertainty and hinder cross-border lending
Insolvency procedures differ from one Member State to another, which has negative consequences. While full harmonization of national insolvency laws may be unrealistic even in the medium term, it is feasible to introduce a European insolvency law that companies can voluntarily opt in to in agreement with their creditors.

Investors
Low participation in the stock market
Compared to other developed countries, Europeans invest less in the stock market. This is a serious challenge, because stocks offer significantly higher returns than most other asset classes over a longer investment horizon. One reason for this might be regulation and associated bureaucracy in advising retail investors. It could be worthwhile to introduce an opt-out rule that allows informed investors to invest in a large class of financial products without repeated bureaucracy.

Information asymmetries due to differences in the application of accounting rules
Differences in accounting standards across EU countries make it hard for investors to gather reliable data from firms. Because balance sheets and income statements are among the most fundamental sources of information, this poses a significant hurdle. Investors need to engage in costly information acquisition, which leads to information asymmetries. A solution to this could be a central regulator that enforces a consistent application of accounting rules across the EU.

(This article is based on the white paper “Financial market integration in the EU: A practical inventory of benefits and hurdles in the Single Market” by Katharina Gnath, Benjamin Große-Rüschkamp, Christian Kastrop, Dominic Ponattu, Jörg Rocholl, and Marcus Wortmann.)

About Prof. Jörg Rocholl
Prof. Jörg Rocholl, Ph.D., is President of ESMT Berlin. He is also Vice Chairman of the Scientific Advisory Board of the Federal Ministry of Finance and Vice Chairman of the Association for Social Policy.
Professor Rocholl studied at the University of Witten/Herdecke where he graduated with distinction in economics. After completing his doctorate at Columbia University in New York, he was appointed Assistant Professor at the University of North Carolina at Chapel Hill. Rocholl has been researching and teaching at ESMT since 2007 and was appointed President of ESMT in 2011. He has held the EY Chair in Governance and Compliance since 2010.
Professor Rocholl’s research interests include corporate finance, corporate governance, financial intermediation, central banking and financial regulation. His research has been published in leading scientific journals such as the Journal of Finance, the Journal of Financial Economics and the Review of Financial Studies.
Professor Rocholl is a Research Fellow at the Centre for Economic Policy Research (CEPR), Research Member of the European Corporate Governance Institute (ECGI), Research Professor at the ifo Institute, Chairman of the Academic Advisory Board of the Research Data and Service Centre (FDSZ) of the Deutsche Bundesbank, Deputy Chairman of the Economic Advisory Board of Deutsche Welle and member of the Academic Advisory Board of DIW Berlin. He was both Lamfalussy and Duisenberg Fellow of the European Central Bank (ECB). 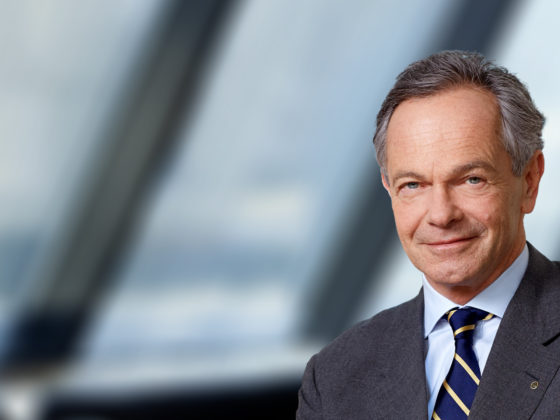 Andreas Treichl: We need a reform of the European capital markets 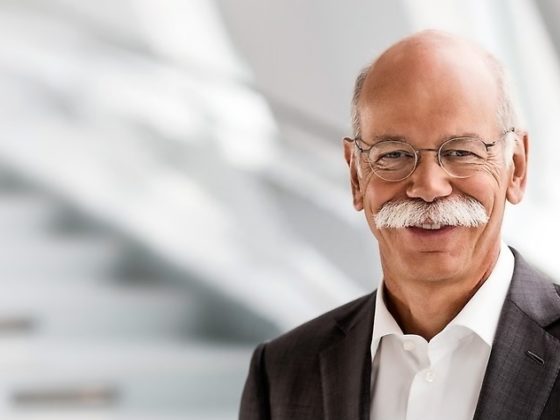 I imagine Europe on its way to a female-led economy: #Equality is a fundamental value of the EU dating back to the… https://t.co/JNZZQENWc9
10 hours ago
Follow