In old mythological tales, Europe is portrayed as a woman, a princess who was kidnapped by a god – in the form of a bull – and taken to the west. And, if we take a close look at this imagery, we realise that Europe has always been on the move. Because – returning to the present once again – stagnation means decline. And Europe has for far too long considered itself a fortress, believing that it only needed to care about its own prosperity and peace and need have no concern for the rest of the world.

But in this regard, the inflow of refugees and migrants has taught us that economic globalisation also always implies social and political responsibility. And this is an area which poses a great challenge to democratic Europe, the Europe that stands for freedom and peace and social justice. Sometimes I think that many people no longer see how highly fascinating Europe is, how it has shaped and continues to shape the whole world. This is perhaps just the very point: Those of us who are immigrants have decided in favour of Europe.

For those of us who take time to reflect, the peace between say Germany and France is not just a gift for the rest of the world but also a source of hope. For those who have ever experienced wars and threats as a result of borders, it is touching to be able to cross the Rhine without having to show one’s passport and to meet people from other European cities in every city. And for those of us who have suffered persecution due to their ethnicity or religion, it is strange but at the same time liberating to be able to move freely without the protection of a group, a tribe or the consent of a male relative.

I wouldn’t like to claim in any way that we who have immigrated to Europe are by far more courageous. In some respects we are perhaps even more anxious, since we feel and sense how valuable and fragile many things are which some long-established residents do not even notice or take for granted. I have therefore often been asked whether I had chosen the title of my book – “Deutschland ist bedroht” [“Germany under threat”] – with the aim of making some impact. In reality however, it was the other way round – this book title expresses a feeling which many migrants and Germans with a history of migration can relate to, when we see the spiteful Pegida demonstrators or grabbing young men. We know what it means when majorities turn against minorities or when men try to drive women out of the public domain. We know that sexual violence is never aimed at only the body but also at one’s reputation and emotions.

It is no accident that Europe is a woman. And only when we get the direction right, can those who accompany us truely feel that they are gods. Because love and laughter will only be honest when we are all on an equal footing. Freedom will only be freedom if it truly applies to everyone. We cannot have freedom without security. Anyone who comes from a war zone knows this, and so do those who live in urban neighbourhoods where there is organised crime. Security reigns in places where everyone enjoys the same rights and obligations in a democratic system, where everyone believes in and unequivocally upholds the same values. Freedom is a highly endangered commodity which must be protected every passing day. This is what I have been fighting for ever since I can remember, because these values were not something I could take for granted, but rather I had to fight hard for them, both here and abroad. After all, these are universal values which the world I have belonged to for a long time and which I call my own is dependent upon – for its very existence.

Therefore, my appeal to all of us here in Europe is: Do not be afraid of fear. Be more courageous, more determined and more resolute in the fight for peace and for our values. Konrad Adenauer, the first Federal Chancellor of Germany and one of the founding fathers of European unity, once said that the most important thing in politics is courage.

Europe’s strength lies in Europe’s community of values, the knowledge of shared values. Value education begins in the cradle, at nursery school, at school, at work and in everyday life. A strong democracy teaches first and foremost what unites us, and whatever we are opposed to takes second place. A strong democracy is dependent on the engagement, on innovation and on the creativity of women.

Europe will therefore remain Europe if we as women and men stand together against those who want to marginalise or harass us. Europe became and remains strong thanks to the dreams of the women and children, the migrants and minorities who are still being oppressed in other parts of the world. Freedom is a venture, always – but Europe does show every day that this venture is worthwhile.

Düzen Tekkal is a filmmaker, publicist, founder of “HawarHelp”, Woman of Europe 2018 and member of United Europe. Her text is published in the book “Europe’s Future. 40 Visions for the World of Tomorrow”, which was published by the Stiftung für Zukunftsfragen on the occasion of the Future Day on 24th May. 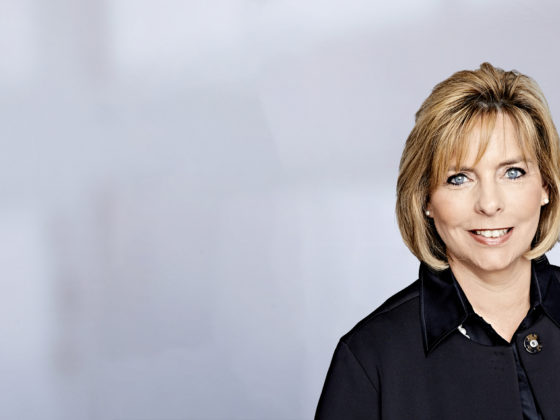 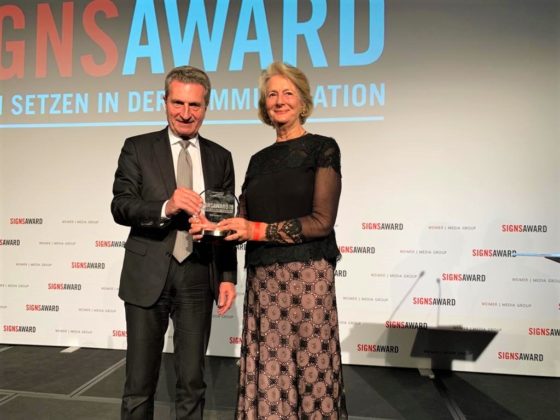 European Election and Presenting of the SignsAward to United Europe

„Europe's place in the global village“