“Europe has become a shared environment for work and study”, writes Antti Herlin, Chairman of the Board of Finnish KONE Corporation, in our article series “Europe can do better. How our continent finds new strength. An wake-up call from economy“, initiated by Handelsblatt and United Europe. “It is an enabler of global influence and success. The EU represents itself as a peaceful resolver of conflicts and platform for continent-wide development. These are its best export products and worth both the effort and cost of maintenance.”

The current EU was built on the firm belief of the war-torn generation that European cooperation and unity can prevent hostilities and another full-blown war in Europe. A second cornerstone of the project is Europe’s conviction that, united, it can be stronger, better able to face global economic competition, and better equipped to safeguard the natural resources of the planet.
A unified Europe has enabled a generation of Europeans to live without large-scale wars and enjoy long periods of economic prosperity, elevated social welfare and relative political stability. European integration opened the markets of single member states but did so in an orderly way while respecting high social and environmental principles. For companies from smaller member states, the Union paved the way for participation in global markets by creating a framework for trade and investment. The EU’s values also created added brand strength for European companies, signaling that they placed a high value on worker and end-user safety as well as human rights, democracy and the rule of law. The European example of cooperation was admired for the economic benefits and social stability it produced.

For a good example of the opportunities created by European integration, look no further than the history of KONE, the company I represent. In the mid-1960s, far-sighted corporate leaders recognized that national borders and restrictions on goods and services moving across them were going to become less significant in European commerce. KONE began a determined and accelerating internationalization that spread from Scandinavia throughout Europe. With a strong European base, it then became possible to compete successfully in North America and Asia. Today, KONE enjoys the role of market leader in China, a rare distinction for a European company.

After decades of learning how to serve customers in varied markets around the world, reconfiguring operations to conform to the boundaries of individual national markets would be disastrous in terms of logistics, personnel, technology and the way we conduct our business. The ability of personnel to move freely among EU countries has contributed not only to our growth but to our effectiveness as a service organization and our ability to provide customers in various markets with the best and most reliable solutions to their needs.

At the same time, our children increasingly travel to study, learn languages, and gain experiences of different cultures. As proud of their heritage as many of them are, their world view tends to be much more international than national. Like me, many of them are worried about recent developments in the world and especially in Europe.

During the past decade, a nationalist wave of protest over the perceived loss of sovereignty represented by the decision-making powers of a supranational EU has led to a rise in populist movements in almost all European countries. Most significantly, it has resulted in Brexit as well as the election of EU-skeptical governments in several Eastern and Southern European countries. The EU, itself, shares some of the blame for this, having rushed into expansion without ensuring that all the new members bought into the full concept. Failings related to transparency and the impact of the shared currency on countries that would normally have tried to improve their competitiveness by devaluating have caused many previous supporters to become doubters or proponents of leaving the union. The label of “elitism” is easily attached to an organization that is dominated by two powerful countries, even if decisions are made with the consent of all.

We know what a Europe based on cooperation and common institutions means today, but we can only guess what a return to a Europe of nation states that distrust one another would lead to. Who would take responsibility if rising nationalist sentiment were to result in a major war with no EU to mediate or intervene? The defenders of a peaceful and prosperous Europe need to take a stand and explain forcefully why we need a unified and collaborative Europe as much now as ever. Although we have avoided great wars for three-quarters of a century, recent experiences in the Balkans – or the even more recent conflict between Russia and Ukraine – show how easily they can return. There are other trends, too, that need to be managed collectively. First and foremost, we will need the EU to take on a pioneering role in tackling global warming.

Digitalization, robotics and artificial intelligence are affecting global economic competition, too, and not necessarily in favour of European companies. The character of work is experiencing a major change, not to mention the demographic challenge, which will hit Europe even harder than it already has and necessitate well-managed migration. These problems need to be addressed locally, of course, but It is the EU, rather than its member states, that is large enough to negotiate global solutions and shoulder a leadership role by rallying like-minded partners.

In the end, the most important argument for the EU’s existence is how it shapes our attitudes. Our generation perceives other European nations as friends, partners in the common European project, not as enemies. Europe has become a shared environment for work and study. It is an enabler of global influence and success. The EU represents itself as a peaceful resolver of conflicts and platform for continent-wide development. These are its best export products and worth both the effort and cost of maintenance.

About Antti Herlin
Antti Herlin is the Chairman of the Board of KONE Corporation, one of the world’s leading manufacturers of elevators and escalators. He also serves as chairman and board member of several private and public companies and as chairman or board member of various charitable foundations. He is also the former chairman of the Confederation of Finnish Industries (Elinkeinoelämän Keskusliitto EK) as well the Technology Industries of Finland. Antti Herlin has been awarded several honorary doctorates.

The company KONE, listed on the Helsinki Stock Exchange, has belonged to the Herlin family since 1924 when Antti’s great-grandfather Harald bought the company from Strömberg, which today belongs to the international ABB group. In 1964, Heikki handed the company over to his son Pekka Herlin, who headed KONE as the Chairman of the Board until 2003. Pekka’s son Antti served as the CEO from 1996 to 2006.

You can find KONE’s products all around the world in such places as Shanghai Hongqiao International Airport and Makkah Clock Royal Tower hotel in Saudi Arabia. During his tenure as the CEO, Antti expanded KONE through a series of acquisitions and alliances. Antti holds shares in the Finnish media company Sanoma, owner of the Finland’s largest newspaper Helsingin Sanomat, as well as in Caverion, one of the biggest building service companies in the Northern Europe.

Antti Herlin owns a farm in Kirkkonummi where he raises Hereford and Aberdeen Angus beef cattle. He is married and a father of four children.

Antti Herlin, Chairman of the Board KONE Corporation 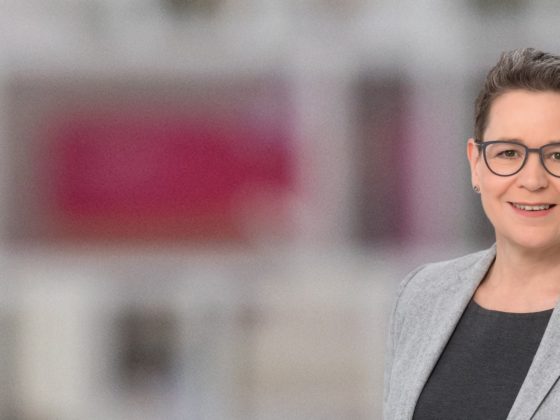 Simone Menne: Europe does not mean giving up your homeland