“Countries such as China and India, where technologies, skills and education levels are developing incredibly quickly, are understandably no longer content to be merely “low-cost producers”, writes Peter Oswald, CEO of Mondi Group, in his essay to our series of articles “Europe can do better. How our continent finds new strength. A wake-up call from economy” which was initiated by Handelsblatt and United Europe. “The governments of those countries see their role as enablers of the manufacturing sector, and young people actively seek out careers in production. For us in Europe, it is high time we increased our focus on the “Made in Europe” vision.”

Europe is a region of inventors. From Aspirin to airbags, from canned food to jeans: it would be hard to imagine our everyday life without European inventions. But what is the purpose of brilliant inventions if no one puts them to use? That is where manufacturing comes in – the ability to take ideas and replicate them millions of times over, with care and precision.

Anyone who manufactures something solves a problem. That is an inherent aspect of manufacturing. Producers address the complexities of the real world, and create practical solutions. Designs created on the drawing board serve as inspiration for the production of sustainable products that improve our lives and point in new directions.

Countries such as China and India, where technologies, skills and education levels are developing incredibly quickly, are understandably no longer content to be merely “low-cost producers”. The governments of those countries see their role as enablers of the manufacturing sector, and young people actively seek out careers in production. For us in Europe, it is high time we increased our focus on the “Made in Europe” vision.

At Mondi, we are proud of our roots in Europe’s industrial tradition. At the end of the 1980s, the South African paper company Mondi acquired the Austrian companies Neusiedler and Frantschach, yet was still not among the top 50 global packaging and paper companies. Thanks to a vigorous expansion strategy, mainly in central Europe and Russia, Mondi, which has been listed in London and Johannesburg since 2007, is now among the world’s top five packaging and paper companies, with market capitalisation of around €10 billion. In Germany, as a producer of flexible packaging, films, corrugated boxes, and industrial bags, Mondi is one of the leading packaging companies, with 11 production sites generating turnover of around €1 billion in the German market.

What kind of Europe would I like to see, and what are the implications for the packaging and paper industry, and therefore for Mondi?

A Europe of sustainability
2018 was a turning-point year for the packaging industry: all of us were deeply affected by images broadcast on the BBC of plastic packaging floating in the ocean, and we were shocked to discover that fish are ingesting micro-plastics.

What is to be done?
First: we will continue to need packaging, because it makes an important contribution to preventing food spoilage. Worldwide, the total figure for food spoilage is around 25%. In an urban society, you cannot go out into the garden and pick a lettuce for lunch. In that respect packaging generates significant environmental value in terms of reducing food waste.

Furthermore, we are not going to be able to give up plastic packaging overnight, because plastic has barrier properties that prolong food shelf life in supermarkets and at home in the fridge – and thereby reduce spoilage.

However, there are many areas where plastic can be replaced by paper. Paper is not only recyclable, it is also renewable. That represents a major opportunity for Mondi as the world’s largest producer of kraft paper and industrial bags. Our goal is to replace billions of plastic carrier bags with paper carrier bags. Garden mulch does not have to be packaged in a plastic bag – our paper bag is just as suitable and more environmentally friendly.

But Mondi also produces plastic packaging, and I constantly find myself asked whether we should give that up. Our approach to plastic packaging is based on two assumptions. It ought to be material-reducing flexible packaging, which lowers plastic usage by around 70% relative to rigid packaging. If your shampoo or washing-up liquid comes in a stand-up pouch instead of a plastic bottle, you are reducing plastic usage by 70% and thereby minimising waste. The second assumption is recyclability. In 2018 we launched our prize-winning fully recyclable plastic bag BarrierPack Recyclable, and we are preparing to launch a range of sustainable products named EcoSolutions.

A digital Europe
Digitalisation is going to exert a great deal of influence on commercial and social life. We are well aware that Europe lags far behind the US and China in that respect – for example in voice and facial recognition, the Cloud, Big Data, and algorithms. In digitalisation we have a lot of catching up to do.

A few years ago, the packaging and paper industry was considered low-tech, but that has changed. Pay a visit to the world’s largest dry pet food bag plant – our Steinfeld plant in Germany – and you will find we are using highly advanced robotic technology there. We use self-learning algorithms for our paper and packaging machines; we develop apps for our production employees to minimise production downtime and rejects; and our digital platform MyMondi ensures that interaction with customers is simple and service-oriented.

Mondi sees digitalisation as a key competitive advantage over the next ten years, and is investing accordingly. We are currently rapidly expanding our digitalisation team, and many competitors are rather surprised that this is happening in an industry in which they would not have expected it.

Precisely because I consider digitalisation so important, I am now President of fit4internet, an independent non-profit organisation set up on the initiative of the Austrian government and commerce, which aims to increase digital competencies in the general population. It will help implement the EU Digital Competence Framework in concrete ways by offering tests and training courses to increase digital skills among Austria’s general population. We need top researchers who can develop mathematical models and algorithms, and entrepreneurs who can create commercial products based on them, and digitally trained employees to apply it all and push forward with development.

Digitalisation is a huge opportunity for Europe. Thanks to automation and digitalisation, decisions on offshoring, in other words shifting production from Europe to low-cost countries, can in some cases be reversed, or may not take place at all. Our robots in Steinfeld are a good example: without them we would have opted to relocate some parts of production. In addition, digitalisation is creating whole new areas of activity that will provide jobs for large numbers of people.

A Europe where work is fun
Skilled labour is in short supply. We cultivate relationships with universities to help steer ambitious students towards job opportunities in modern digital production. But what really matters is to establish a corporate culture that motivates people. Our goal is to be an inspiring company that appeals to Generations X, Y and Z. One of the three pillars of our corporate vision is to be “the employer of choice”. We can achieve that by allowing people to make their suggestions and ideas a reality, and to some extent by allowing them to make mistakes.

The more digitalisation spreads, the more important people become. Digitalisation will create robots that are highly accomplished at rising to specific challenges, and can do so much better than people. However, insofar as there is no “general logarithm”, and in my view there never will be, people will always remain the focal point. At Mondi we have a motto: “Thanks to technology we work efficiently; thanks to our employees we work intelligently.” That guiding principle is central to our identity as a company.

A cooperative, outward-looking Europe
Through cooperation and orientation, EU countries transcend national borders. We do business with each other, transfer know-how, and transport goods throughout the continent without constraints, and we work within a legal and political framework that allows freedom of movement for people and ideas. Barriers to trade between EU countries have been eliminated through uniform regulations and laws. However, that openness also necessitates a well thought-out immigration policy that protects Europe’s system of values and societal achievements.

Whenever I take the lift at our Vienna offices, I hear languages from all around the world. My 600 colleagues at the Vienna location are from 40 different countries, while 400 are Austrian. In other words, we are a major Vienna employer with high-grade jobs, but at the same time it is our diversity that makes us strong, robust and creative. Mondi upholds the principles of diversity and inclusion, and of that I am particularly proud.

About Peter Oswald:
Peter Oswald, born 1962 in Upper Austria, studied business administration and law at the University of Vienna. After working for motorcycle manufacturer KTM and Deutsche Bank, he joined the Mondi Group in 1992. In 2002 he was appointed CEO Mondi Packaging. After the initial public offering of the Mondi Group he was appointed to the Mondi Group Boards (UK, South Africa) in 2008 as CEO Mondi Europe & International Division, which included all divisions of the former Mondi Packaging and Mondi Business Paper outside Africa. Oswald has been Chief Executive Officer of the Mondi Group since May 2017. In 2013 he was elected European and Global CEO of the Year in the paper industry. In 2015/16 he was Chairman of the Supervisory Board of the Austrian oil company OMV. He is married and has three adult children. 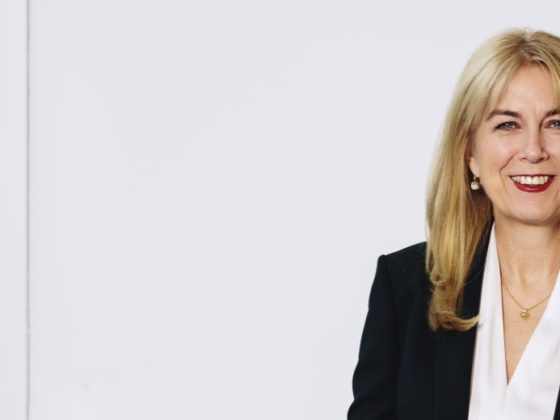 Ingrid Hengster: We already have what it takes