On 14th June, 2018, we had the honour to welcome Nobel Prize laureate Jean Tirole for a lecture on “Europe at the Crossroads: Finding a Path towards the common Good” in the French Embassy in Berlin.

In her welcome speech H.E. Anne-Marie Descôtes, Ambassador of France, thanked United-Europe for the organization of this debate and introduced Jean Tirole. Alluding to his substantial book, Economics for the Common Good, the Ambassador underlined the importance of his works on how to provide and manage global common goods such as sustainable economic development, environment, health, education, in a cooperative way on the world stage. In particular, referring to the Eurozone, she stressed that “responsibility and solidarity, when appropriately designed, are actually mutually reinforcing”. She also made a parallel between Jean Tirole’s works on the appropriate sectoral regulation and market incentives “which echo the German and European debate about the future of the Soziale Markwirtschaft”.

In his following lecture Jean Tirole dealt with Europe’s search for the common good and what economists can do for it.
His talk, moderated by economic journalist Ursula Weidenfeld, focused on the question of what has gone wrong in European integration after years of freedom and peace.
“Being deep down a European, I cannot help being concerned about the future of the European construction. ‘All happy families are alike; every unhappy family is unhappy in its own way’, Tirole stated Tolstoy’s “Anna Karenina”: “And, despite signs of recovery and reforms under way, the European Union is truly an unhappy family.” And he asked: “How did we get here? Is there a future for the European project?”

Whether they choose national sovereignty or federalism, the Nobel Prize winner said, Europeans cannot have and eat their cake at the same time. He agreed with the Ambassador on the complementarity between responsibility and solidarity; for the EU to function, countries must be prepared to share risks and give up more sovereignty, while at the same time rehabilitating the European ideal and remaining united. “We could either continue as before by trying to adapt the Maastricht rules and make them operational, or we could now decide to carry more risks together, that is to move towards a union with more transfers and the surrendering of more sovereignty rights.”

The question is whether this is politically feasible and who wants to achieve this politically in a Europe that sees itself more as a group of nation-states than as a Europe at the moment. Without promoting a Europe à la carte, in which countries would pick only programs that benefit them and would refuse to contribute, Tirole recommends that those who want this development go ahead and the others follow little by little. “Proceed step by step and see which sovereignty rights and transfer possibilities can be implemented.”

There are models that are convincing in themselves until they fall into the hands of politicians, Tirole said. And he noted that what economists think is reasonable and rational is far from what politicians want in the end and implement based on rules. Jean Tirole’s lecture was a strong plea for a rule-based Europe. But rule-based means above all, that rules must not only be formally the same everywhere but must also be understood the same everywhere.

He noted that we no longer are behind the veil of ignorance, highlighting the need for countries to accept predictable transfers. But he also argued that, regardless of whether nation-states are willing to assume these transfers, Europe should complete as soon as possible its banking union through a common deposit insurance (possibly combined with the channeling of non-performing legacy assets into bad banks), since countries have surrendered their sovereignty in the matter of banking supervision.

To face superpowers such as the US, China or Russia, Europe and the EU must once again focus more on their own forces and on themselves. The failed G7 meeting must be a wake-up call for Europe.
“We need Europe more than ever, as its nation-states by themselves carry little weight in trade, climate, geopolitical or other negotiations”, Tirole stressed. “Europe must also promote more solidarity and better country management. For this to happen, we Europeans must accept the loss of sovereignty that goes together with living under the same roof. And to do so, we must rehabilitate, and stand together for the European ideal, which is no mean feat these days.”

Jean Tirole chairs the Jean Jacques-Laffont/ Toulouse School of Economics (TSE) Foundation and the Institute for Advanced Study in Toulouse (IAST), is a visiting Professor at the Massachusetts Institute of Technology (MIT) and is a member of the Ecole des Hautes Etudes en Sciences Sociales (EHESS). In 2014, the French economist, born in 1953, was awarded the Nobel Prize in Economics “for his analysis of market power and regulation”.

We thank H.E. Anne-Marie Descôtes, Ambassador of France, for her generous hospitality! 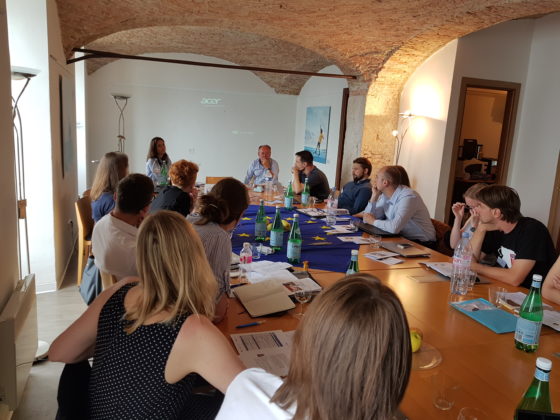 How to tell the EU’s Story: Summary of the 14th YPS in Nice 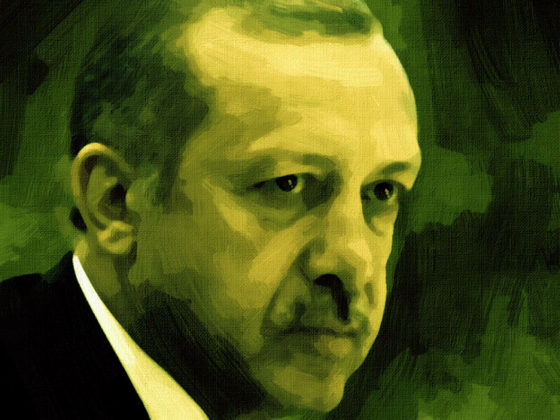 Tomorrow’s election could herald a political turnaround in Turkey