Can Dündar is one of the most prominent and most awarded Turkish journalists. But he is not proud on it. He would prefer not being so prominent and to live with his wife in his home city Istanbul. Instead he has to live in exile in Germany. Because he did his job and told the truth.

Since beginning of 2015 Can Dündar was editor in chief of the renowned, oppositional, left-liberal daily newspaper “Cumhuriyet”. Before, he wrote for various newspapers, published over two dozen books and produced 16 television documentaries.
On May 29, 2015, he reported on ammunition that the Turkish secret service deli vered by truck to Islamist militias in Syria in 2014. As a result, President Erdogan personally brought charges against Dündar on suspicion of espionage, demanded life imprisonment and publicly threatened that Dündar would pay a high price for his report. He and Cumhuriyet’s head of the capital’s office, Erdem Gül, were sentenced to long prison terms. During the trial Can Dündar barely escaped an attempted murder. While waiting for the higher court’s decision, he decided to stay in Germany, after the military coup attempt in July 2016.
He has been living in exile since then. His wife has been deprived of her passport and is not allowed to leave Turkey.

Since then, Dündar supports freedom of press in his country, but also the understanding between Germany, Europe and Turkey. He writes books, has a weekly column in “Die Zeit” and has founded the Turkish-German news platform “Özgürüz” (we are free). He has received almost every award, is a much sought-after speaker and discussion partner, but he is also facing massive threats and has been under police protection for several months.

On Friday, 16th March, we had the honor to listen to an impressive, informative speech with him in his office premises at Correctiv! in Berlin about the current situation between Europe and Turkey.
After short welcome speeches of United Europe’s founder and treasurer Jürgen Großmann and the managing director of Correctiv, David Schraven, Dündar gave a very vivid insight to what it actually means to be persecuted by the Turkish authorities. He started his lecture by explaining the difficult situation of journalists in his home country Turkey. Since he has been living in exile, he is part of Correctiv!, a non-profit investigative platform for independent investigative journalists. Together with Correctiv! he has founded the bilingual platform “Özgürüz” (We are free) last year which is publishing news about Turkey in German and Turkey every day. In Turkey information by mainstream media is not existing any more. Özgürüz is one of the very few independent newsrooms that a still active in Turkey; since Turkey has blocked Özgürüz, they are now broadcasting via social media channels there.
The absence of mainstream media and the lack of independent free journalism create a very distorted and odd picture of a country. Since the coup attempt in July 2016, tens of thousands of people have been arrested, more than 1,200,000 public service workers have been sacked, a quarter of all prosecutors and judges has been suspended and over 150 journalists have been imprisoned. But currently no media writes about those trials against the freedom of speech and opinion and the freedom of press. And the public doesn’t seem to care much.

Can talked about his life in his beloved Istanbul, where he used to live on the Asian part of the city, whereas his office was on the European side. Thus, he lived between Europe and Asia. And every morning, when he crossed the Bosphorus Bridge, he left one continent and reached another, passing a sign that says: “Welcome to Europe”.
The negotiations between Turkey and the EU to become a member accompanies him his whole life now.
In 1959, two years before Can was born, Turkey first applied to join the European Economic Community.
The first partnership agreement was signed when he was at nursery school.
He’d finished his degree by the time Turkey applied for full membership.
When the Customs Union agreement came into force he was just married and getting ready to become a father.
His son was in nursery school when the European Union accepted Turkey as a candidate member: negotiations started when he was in primary school.

Today, at a time when his son has finished university, we’re back to square one, he said. “Years of half-hearted negotiations will now be suspended. I have lived an entire life, and we’ve yet to progress an inch. Neither was the EU willing to welcome Turkey into the family, nor did Turkey genuinely endeavour to join. They might both have needed each other, but neither fancied the other much. And this reluctant courtship that dragged on for nearly six decades has finally come to the end of the road.”
With almost six decades of negotiations and Islamist forces gaining influence, his hope has vanished. There is no progress in the negotiations today, Turkey has isolated itself. “2017 was the worst year in the history of German-Turkish relations, he said. And it doesn’t look like 2018 is going to be better.”

Can gave an excellent, elaborated overview about Turkey’s historical developments in the 20th century. He emphasized and explained the Atatürk period as well as the continuous battle of power between military and Islamist forces. With regular coup d’états by military forces and Islamist terror attacks the struggles continues up till now.
Moreover, he brilliantly explained the complex relation between Fetullah Gülen and President Erdogan. A few decades ago, Gülen backed Erdogan to gain power. Then, Gülen left the coalition. Today Erdogan and Gülen are enemies.

Then Can presented his views on the “dirty deal” between the European Union and Erdogan about refugees in 2015/2016. He received papers that documented quite precisely the formation of the agreement; additionally, he did a lot of research about it. Can himself was in jail at that time. He cited from negotiation between Jean-Claude Junker and Donald Tusk, representing the EU and President Erdogan. Can is convinced Erdogan blackmailed the EU and brought them to the knees with refugee threat. He reasoned that the refugee deal was dirty and – in combination with the last coup d’état – made Erdogan more powerful than ever before. It even gave him the possibility for state of emergency.

Can is convinced, President Erogan has currently more power than Atatürk ever had before. Gülen is dangerous, too. Members of the biggest opposition party are in jail. Today a serious opposition to Erdogan is not existing; he rules the parliament, the police, the military, the media and the business. The next elections are in September 2019. Dündar thinks it is possible that Erdogan will try to hold election earlier to take advantage of the last military strikes and his popularity for military strength in war. Can is convinced due to the refugee deal with EU, no EU member state raises the voice for a modern, democratic Turkey.
And President Erdogan wants to show the Europeans that he has alternatives. Now he is closer to Russia, a country that used to be a serious enemy before.
“Today, in Turkey is no more enthusiasm for Europe”, he stated.

Can complained that Germany has no clear vision regarding the German-Turkish relations. The new government needs to build a new strategy how to deal with Turkey. In Can’s eyes Germany is too much focus on Erdogan. But half of Turkey’s people are suffering and against President Erdogan. Germany should rather focus on a dialogue with democratic-minded Turkish people to strengthen the relations of the civil sector (e.g. theatre, NGO-cooperations, exchanges, etc. He advocated: “If you want to invest in Turkey you should ask for and insist on rule of law.”
Can called for keeping up the dialogue between Europe and Turkey. Being asked what the meaning is of being European, he answered: “Keeping up European values, respecting humans rights, freedom of speech, secularism, etc. – this is what we need in Turkey.” He concluded: “In Turkey, we could live without democracy, but we can’t live without the rule of law.”

A rule of law, that doesn’t exist in Turkey any more. Mid of March it was announced that Dündar is shall be tried again in Turkey. The Supreme Court in Ankara overturned an earlier verdict against him and now demands that the charge of espionage be added to the criminal offence. The aim is to impose a higher penalty, 15 to 20 years.

We thank Correctiv! for the kind hospitality and Can Dündar for spending his time with us.
“Correctiv!” and “Özgürüz” are both financed by donations and member fees. If you want to support them, please find all information under this link (in German): https://correctiv.org/unterstuetzen/?callout-badge 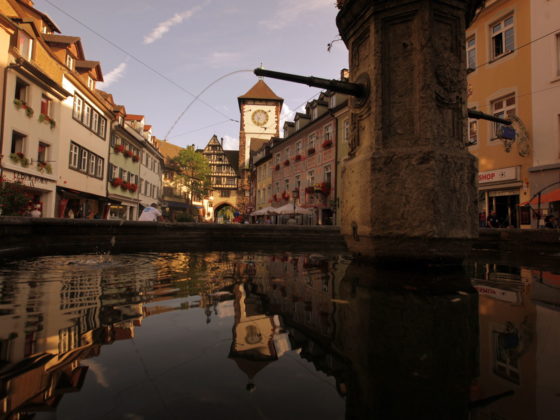 Call for applications for the YPS in Freiburg closed 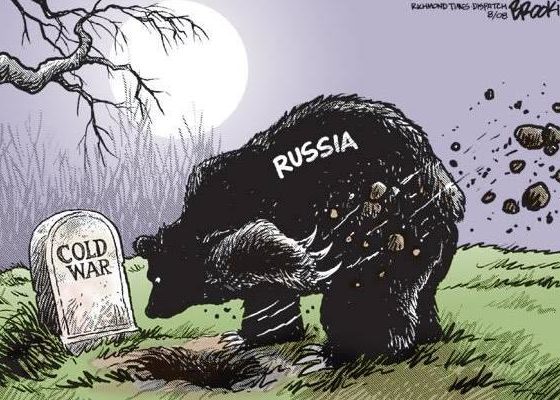 “Re-election” was a formality but now Putin risks creating problems for himself, Russia and Europe on his turf