On February 14th our first CEO roundtable of this year took place in Munich. On the topic “Artificial Intelligence – A European view” about 40 CEOs and experts in the field of AI gathered in the new corporate Headquarters of Siemens in Munich.
Our company member Siemens AG generously hosted us for this outstanding event in the eve of the Munich Security Conference.

Artificial Intelligence is the topic of the next years and will change our lives massively. There is hardly a technical or media conference that does not deal with AI this year.
The dominance of US and Chinese companies in AI is prevailing. 51 of the 100 most valuable companies worldwide still come from the USA. The Big Five, Apple, Alphabet, Microsoft, Amazon and Facebook are worth 2.9 trillion euros and have earned almost 100 billion euros in 2017. That’s more than all 30 DAX companies combined. But in China, the state is pushing ahead massively with the development of large digital corporations. By the year 2025, ten technology groups are to be created that will be among the global leaders. With Alibaba, Tencent, Baidu and Xiaomi there are already four big ones, even though they have hardly been seen in Europe so far. Can Europe reply to this challenge?

Our discussion focussed on current developments and trends in Europe and the world, risks and benefits, challenges for industry, job market and society and the question how Europe can respond to it.
In his welcome remarks, United Europe founder and treasurer Dr Jürgen Großmann cited Germany’s acting Foreign Minister Sigmar Gabriel, who has warned of China’s supremacy in this field at the recent DLD in Munich and called for an innovation offensive from Europe: “Europe must change its attitude and once again have a say in world affairs, instead of being passively changed by it. If data are the new oil, then Europe must finally begin to make better use of this resource.” Gabriel asked whether we only want to be spectators in a new Cold War about technology leadership or whether we want to provide better answers than before.” Großmann agreed to Gabriel – and asked why nothing has happened yet.

Klaus Helmrich, member of the Managing Board of Siemens AG and host of our CEO Roundtable, pointed out that AI will undoubtedly be one of the most important innovation topics in the next few years. This will open up completely new optimization potential based on data analytics. It is “crucial for Europe to combine our industrial and manufacturing expertise with our digital competence”, he said, “to use artificial intelligence in the B2B business. Thus, we can develop higher productivity, predictability and completely new business models.”

The first input came from Prof. Dr Sabina Jeschke, member of the Managing Board at Deutsche Bahn Group responsible for Digitalization and Technology and Professor at RWTH Aachen University. Jeschke gave a very stimulating input, by trying to explain why the biggest players in the AI business come all from outside of Europe. “The global AI frontrunners are the United States and China; traditional industrial economies like Germany and Japan lag behind”. In her eyes, the reasons for this are the traditional industry setup in Europe and a fear of losing control. Innovation in the field of AI is based on development, which is a constant fluid process; this is completely different from what engineers are used to. At the same time, Jeschke is convinced that “Europe offers ideal conditions for an AI driven ecosystem responsive to human needs but has yet to realize its potential”.
“It is therefore of tremendous importance that Europe is becoming really, really active”, she said. “Personally, I believe we have only one chance – by putting ourselves in the front seat of the development and to run the race from the pole position.”

The third input came from Chris Boos, founder of Arago and an AI pioneer. His mission is empowering human potential, freeing up time for creativity and innovative thinking through AI. In his view AI’s value is strongly underestimated in Europe. “Europe enjoys the huge advantage to know what it is talking about when it comes to industrial business. And this is the area where to fully implement AI. We should be aware of the precious fact that in Europe we have corporates and companies with great products”, he emphasized. “And the huge asset of all these industry-companies is their massive experience of application. By the end of the day, AI means the ultimate use of industrial experience; thus, the enormous potential of AI needs to be excavated in order to multiply its benefit.”
Boos is convinced that AI is the only way for existing companies to prevail and rethink their business models, in order to be able to compete with platform companies (i.e. Google): “Any process can be automated – that is what we need in order to compete with the platform-companies!” He thinks, in Europe there is no problem of a lack or too much regulation when it comes to innovation. But a big problem is the de-facto non-existing uniform European consumer market.

Moderated by United Europe President Dr Wolfgang Schüssel, a lively debate followed the inputs.
Michael Brehm, UE member, founder of i2x.ai and Partner of redstone.vc, stated that for Germany as well as for Europe AI is the best chance to keep our current status of prosperity in long-term. But on contrary to Boos he thinks that regulatory issues and mental issues are a big obstacle to fully unfold AI’s potential in Europe.
Besides the social and ethical consequences, we also discussed why China and the US are far more advanced in the field of AI compared to Europe. Our guests were convinced it is indeed a question of regulation, the harmonization of a fully implemented European digital market and the possibility to finance ideas.

Boos is convinced that in the future, European industrial companies have to share its data among each other in order to keep up with US platform companies.

Jeschke said it is necessary for European companies to be riskier: “Let’s go for the crazy ideas to be innovative!”

In summary: It is not the technical standard in Europe that makes us fall behind.
It is due to political inactivity and the impossibility of creating a legal framework for closer cooperation on a European basis. And it’s due to lack of learning and education.
To remain competitive and don’t lose touch with China und USA, companies should work closer together and governments in Germany and Europe must give priority to the issue of artificial intelligence, which is oriented towards China. We need a fully harmonized digital market in Europe. 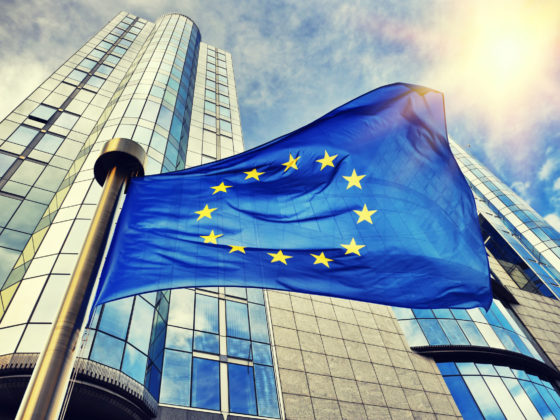 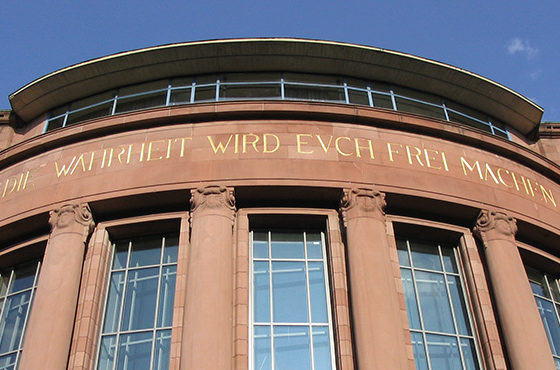 „What is Germany without Europe? In times of increasing populism and conflicts all over the world, we need a strong, democratic Europe.“

Andreas Rudolph
Chairman of the Board, GHD GesundHeits GmbH Germany