Trump, Erdoğan, North Korea, Brexit, Le Pen. There is no need for any further words to outline why Europe has been shaken out of a deep slumber. But while the world is currently going through a difficult political situation, we Europeans now have the chance to reposition and reinvigorate ourselves, to commit ourselves to Europe.

European Identity – what does it really mean?

Article 2 of the Lisbon Treaty defines the common values on which Europe is founded. These values serve as the framework for a broad European identity. However, my own perspective on European identity focuses strongly on a very personal sense: it is important for me to have a personal sense of belonging to Europe on a private and emotional basis. In my perception, the European identity which we all share begins in our daily lives, where we interact with other people. European identity starts off from the point where we all interact and communicate with each other – irrespective of physical borders or cultural differences.

Europe comes to life when people stand up for it and support its preservation on the streets. Recently, citizens’ initiatives like ‘Pulse of Europe’ have held demonstrations in European cities and spoken out in favour of a European identity.

As a young European, I have asked myself the following questions: how can I – as a private individual with only limited impact – strengthen and sustain my European identity? What can other Europeans do, if they also want to show their commitment to Europe? I don’t want to focus on party-political aspects here but rather on the fight for freedom. In my opinion, the fight for Europe is not driven by politics – it is grounded in the daily practice of European beliefs and values. This might sound trivial but nevertheless, I sense that many people are not aware of the consequences and scope of their daily actions.

Europe starts on the doorstep: in one’s daily life, at the supermarket, around the corner at the bakery. Each of us leaves traces. You feel flattered when somebody holds the door open for you; you feel angry when somebody overreacts in an inappropriate manner. Does that not apply to all of us who are aware of their environment?

It is here that I see the real opportunity for us Europeans. Europe will bear fruit when we sense that “together” is better than “alone”; when we experience the benefits of learning from other people, every day and far beyond national borders; when we share our diverse and manifold experiences. Europe is about defining and practising the ways in which we want to interact and communicate with others, despite physical borders or cultural differences. It is about setting an example of the behaviour we would also expect from others. In this way, the scope of action for everyone becomes simple: we step out of our homes with the awareness that we can bring about incremental but real differences.

For us Europeans this means that European identity will not come really alive until I can become curious and interested in my European counterparts, until I can listen to them across national and cultural boundaries, try to understand them, and even hold up a mirror to myself. However dramatic the current world political situation may be, for us young Europeans it is good that we finally begin to realize that freedom is a truly precious thing.

Judy Dempsey: From Paris to Berlin 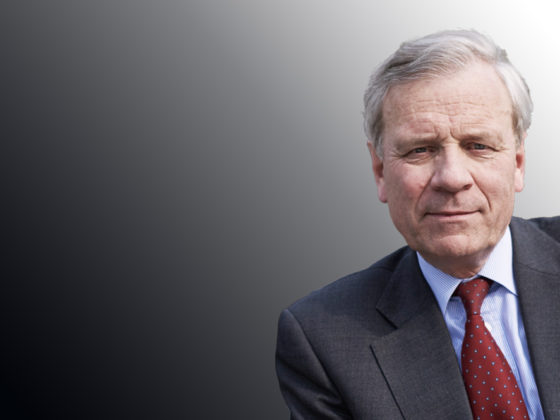