From Scotland and Catalonia to the Basque Country, Lombardy and Bavaria, modern Europe is teeming with regions and provinces demanding greater autonomy, or even total independence. By letting specific power return to local communities and grassroots, not only will Europe rediscover who it is, but also return to its people their means of economic self-development. A new means of decentralised organisation, and possibly more, is the key to the continent’s future, marking a return to its identity and to an economy with greater justice and respect for human rights.

A SILENT revolution is taking place in Europe. Obsessed with economic recovery issues and the debt burden, the European Commission and governments are refusing to face up to the problem at hand and meet the challenge before them. This difficulty is the issue of borders. Its complexity is twofold, as it concerns both the continent’s external and internal boundaries. Former French President Francois Mitterrand gave this mysterious and far-sighted reply when asked about the issue, ‘Europe is wherever there are Benedictine monasteries.’ The crisis in Ukraine appears to corroborate this idea at first glance. The genuine internal divide in the country cuts along a boundary between two religions, which are producers of culture. Western Ukraine, which favours Europe, is mostly Roman Catholic and of historically Polish descent, whereas the east is Greek Orthodox, and naturally looks to Mother Russia. These civilisational boundaries are certainly not inviolable, nor set in stone, but a realistic policy for organising the world must take them into account.

Just as the entry of Turkey into Europe – which was fortunately put off, given that Turkey is currently welcoming leaders from the Muslim Brotherhood – mainly posed an issue of civilisation and religion, Europe’s eastern border clashes with the historic sphere of the Russian empire. Political engineering would involve dealing with Russian President Vladimir Putin as an equal partner, with neither contempt nor naivety, to redefine the proper areas of influence. These could be moderated by buffer states. However, further removed from this problem, western Europe itself no longer knows who it really is.
From Scotland and Catalonia to the Basque Country, Lombardy and Bavaria, this modern Europe is teeming with regions and provinces demanding greater autonomy, or even total Independence.
Even though the Scottish referendum produced a ‘no’ vote, the phenomenon remains a serious issue, as British leaders themselves have admitted.

The Assembly of Catalonia decided of its own accord to hold a referendum over independence for the territory, despite objections from Madrid to hold its referendum on November 9. The reaction from the other capitals, both Brussels and the national ones, consisted more of embarrassed silence than an affirmation of principles.
This is because no-one really upholds these principles: the independence of Kosovo and, at another level, the separation of the Czech Republic from Slovakia, have demonstrated that borders, often drawn over the course of the 19th and 20th centuries, are not inviolable.
Whereas in western Europe the process remains within peaceful and democratic limits despite the lack of a clear response, what is happening in central and eastern Europe is indicative of the general troubles of the Old Continent. In Ukraine, faced with the appetites of a naturally imperialistic Russia, the European Union has proved unable to react with calm and diplomacy. Hiding behind the United States, it has been obliged to accept the demands of pro-Russian separatists, losing the game to Vladimir Putin.
So we must face the issue of the end of the Westphalian system of state sovereignty and territorial integrity, which has confused states with nations for three centuries.

We must also accept the fact that we never succeeded in replacing the imperial systems which held sway in these regions but collapsed in 1918 and again in 1991.
To understand what is going on, we must admit that the sizes, missions and roles of a large portion of the states of Europe no longer correspond to the modern world. These states are either too small or too large. Yet their citizens now have a thirst to achieve political closeness. This is because a region has its own history, families and distinctive landscapes, which engender immediate familiarity. Why is Europe’s future not in line with this model?
What is being expressed through this desire for independence or increased autonomy is a reaction to the hubris which has been rife since 1945. It has sacrificed peoples, their ways of life, roots and local attachments in the name of major industrial, economic or spatial planning projects. Following the three-decades long period of rapid expansion during the post-war boom, due primarily to the low cost of energy globally, Europe awoke with a hangover.

Now, though it is a little too late, we are rediscovering British economist E. F. Schumacher’s adage, ‘small is  beautiful’. We are also rediscovering what the Austrian philosopher Ivan Illich noted 40 years ago, ‘Beyond a certain critical quantum of per capita energy consumption, the political system and cultural context of any Society must decay.’
Instead of setting out to define itself economically in order to find its own identity, Europe would have every interest in reversing its priorities and proceeding in the opposite direction.
By letting specific power return to local communities and grassroots, not only will Europe rediscover who it is, but it will also return to its people their means of economic selfdevelopment, starting with their dignity.
The cases of Germany and France have shown that the most effective administrative levels in many regards are the Lander (German states) and the regions (regulatory regions) respectively.
In transport, culture and education, every region which has conducted experiments with management at these Levels has made gains and restored the confidence of their citizens, who now feel like masters of their own destinies.

Today, with so much talk about participatory democracy, it is time to be truly daring, especially with referendums by popular initiative, which the Swiss already practise.
Nevertheless, it should be stressed that the regions currently demanding separation or independence are wealthy: so the need naturally remains for a higher level of administration to implement an equalisation payment system among the local communities in exchange for specific powers – defence, environment, and certain means of transport.
Paradoxically, it will take a return to the basics to create a powerful Europe capable of intervening in the global order. This is because democracy, though a form of government based on the majority, cannot exist unless it also protects its minorities.
In this sense, the era of centralising states with disdain for local identities has passed. It is time to become politically wiser, which is to say, to reduce our means of control, surveillance and standardisation.
We must have a new means of decentralised organisation, and possibly more.
This is without doubt the key to Europe’s future, marking a return to its identity and to an economy with greater justice and respect for human rights.

This report has been written by Charles Millon and made available to our members through the courtecy of ©  Geopolitical Information Service AG, Vaduz:
www.geopolitical-info.com 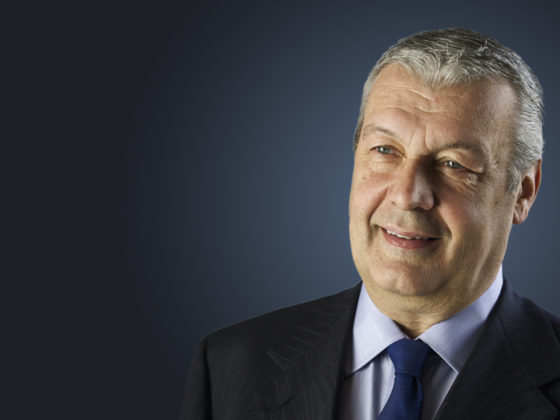 „Let's fight together to ensure that Europe's diversity can continue to be reflected in the relationships between real and virtual networks.“