How far can the dollar appreciate in value is a conundrum tickling the minds of investors. The dollar’s rise and the euro’s fall reflect respective growth in America and Europe and the underlying problem of the eurozone’s failure to tackle irresponsible governments, reforms and taxes.

The value of the dollar has significantly appreciated against all the major currencies since early May 2014, and especially against the euro. Many experts predict that the rise will continue and the dollar-euro exchange rate could reach 1.20 or 1.10 soon. We argue that the keys to the dollar-exchange rate are the strength of the American recovery, Germany’s weakness, and the ambiguities of the European Central Bank. The euro will drop as long as the present situation persists – new scenarios will appear only when structural change in Europe takes place, or the weakness of the euro and strength of the dollar start affecting the real part of the economy. THE DOLLAR – euro exchange rate was close to the 1.40 mark in May 2014. Today it is between 1.26 and 1.27. The greenback also rose six per cent against the yen, five per cent against the British pound and rose against other major currencies. So what has happened? Does this realignment reflect the strength of the dollar, the US economy or the weakness of the rest of the world? How far can the relative strength of the dollar go and what is driving it? The single most important economic news since the beginning of 2014 regards growth. The US economy seems to be moving forward at good speed with 2.2 per cent growth in 2014 and 3.1 per cent predicted for 2015 with no major tensions. Unemployment is low, public debt is under control, and inflation is on target at about two per cent. By contrast, growth is slowing down in China and is a disappointing 1.5 per cent in Germany in 2014.

At the same time, world economic authorities seem confused. Central bankers throughout the world created some breathing space after the economic crisis emerged in 2008 by resorting to generous monetary policy. However, they did not have the courage to pull back quickly enough, and they eventually accepted that those temporary measures became permanent, a second-best solution when the best was structural reforms and public finance discipline. Unsurprisingly, those same central bankers have been hesitating, leaving investors without reliable direction. This became apparent in May 2014, and since then investors have reacted by moving their assets to the safest possible harbour. The dollar fitted this role for two reasons. First because Janet Yellen, chairman of America’s central bank, the Federal Reserve, made it clear that the end of the easy-money programme is just a matter of time, that a rise in interest rates is not far away, and that no major American player needs extraordinary bailout programmes. Second, in contrast, her colleague European Central Bank chief Mario Draghi gives the impression that groping is still the name of the game.

Expectations regarding interest rates and long-term monetary policy point towards an ongoing strengthening of the dollar and weakening of the euro. Investors have gradually adjusted to the climate and moved their assets accordingly. The fact that equity markets in the US and in Europe have been volatile during the past few months, but with no clear trend, shows that in the recent past the financial flows towards the dollar did not affect investments in stocks in Europe or the US. Most of those resources are, in fact, more likely to be liquidity in search of a quiet parking lot. The search could continue for a few more months and the dollar appreciate further. Observers have failed to come up with detailed theorising about how far the dollar-euro exchange rate could go. It is argued that at some point an increasingly large number of investors will believe the dollar has appreciated ‘too much’, and at that point the flow could stop and the exchange rate stabilise.

But how much is ‘too much’? A cursory look at financial newsletters shows that most commentators believe investors should start selling their dollars when the dollar-euro exchange rate drops below 1.20. The very same commentators also concede that the euro could fall further, although the reasons for such additional decline are more an exercise in extrapolation than an effort in explanation. Profit taking could occur at symbolic levels of 1.20 or 1.10, and the race to the dollar could catch its breath as investors take stock and evaluate the alternatives. Yet, one could probably develop better-articulated opinions by imagining the different scenarios which may emerge in the near future. One refers to the possibility that a further global slowdown in economic growth materialises in 2015 and world gross domestic product (GDP) grows at less than 3.5 per cent. The International Monetary Fund has already revised its world growth forecasts for 2015 downwards from 4.0 per cent to 3.8. In this case we would probably witness massive sell-offs of stocks, uncertain responses from the central bankers, and a run to liquidity and possibly high-yield bonds.

The easy winner would be the dollar, the safest currency by a mile, which could trade at parity with the euro by the end of 2015, especially if the public-debt situation in a few key euro-countries like Italy and France deteriorates further. A second scenario would feature 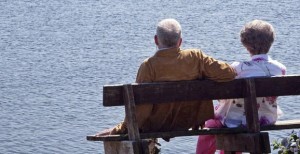 stagnation or even recession in selected countries. The key is Germany, and its economic future is crucial for the economics and politics of the eurozone. If Germany drops further, the euro is likely to fall significantly, unless the ECB is able to react by presenting and implementing a credible monetary plan which rules out further bailouts and lets interest rates rise to their market values. If the ECB shows resolve and stops trying to find populist substitutes for painful remedies, the euro could even bounce back from its current levels. Many observers doubt that Mr Draghi will be able to achieve this, especially if the European bank industry is fragile and no drastic action is taken to reduce public debts and there is some kind of default.

A third possibility is that the present halo of pessimism dissolves by early 2015: Germany recovers and returns to a two per cent growth rate, while China’s GDP continues rising at about seven per cent. The appreciation of the dollar vi-a-vis the euro would soon end, and possibly go into reverse under such circumstances. The most likely scenario, in our view, is the second and we believe the evolution of the German economy will be the critical telltale sign regarding what will happen on foreign-exchange markets. The source of trouble for the German economy is at home and abroad. At home, new legislation on the minimum wage rate and early retirement have sent out bad signals; abroad, major export markets such as China, Russia, France and Italy offer fewer opportunities than anticipated. The outlook for 2015 is not encouraging. It is therefore unsurprising that fixed investments are declining in Germany and that German policymakers are hesitant about policies which could suit German interests, and the kind of messages Berlin should send to the ECB.

In other words, there is no magic threshold for the dollar-euro exchange rate. Rather, one should answer three questions: -How far should the euro drop in order to boost demand for goods and services produced in the eurozone? -How far can the dollar rise without killing growth in the US? -How long will it take for European policymakers to put their house in order and stop holding the ECB hostage to weak banks, irresponsible governments, and all those who discourage entrepreneurial spirits through taxation and regulation? Our scenarios unveil three tentative predictions: (1) the ECB is unlikely to engage in credible and consistent policies before spring 2015. (2) the rise of the dollar is unlikely to stop soon. (3) we will witness major readjustments in the real economy if the dollar-euro exchange rate drops below 1.10. New scenarios will appear then and only at that moment.

This report has been written by Prof. Enrico Colombatto and made available to our members through the courtecy of ©  Geopolitical Information Service AG, Vaduz
http://www.geopolitical-info.com/en/

„30 years after the fall of the Berlin Wall, we are faced with the decision of whether to continue along the path of a peaceful, open-minded, competitive Europe or to spoil the future of our children.“