European Union countries are using their veto to protect their national interests and block their neighbours’ aspirations to join. This could create a dangerous vacuum threatening Europe’s security. Turkey, Macedonia, Albania and Kosovo are all falling foul of the European veto and Greece is wielding it in disputes with three of its four neighbours.

Greece faces huge economic problems but it is also the European Union and Nato country with the biggest political problems with its neighbours. It has bilateral disputes with three of its four neighbouring countries – Turkey, Macedonia and Albania. But instead of resolving these issues, Greece is using its veto power in Nato and the EU to block its neighbours from joining these organisations. Turkey started accession negotiations with the EU in 2005 and the process has almost ground to a halt. Macedonia is still waiting to begin talks after a nine-year wait. Albania has been warned by Greece that EU accession negotiation will not start unless a maritime border dispute in the Ionian is resolved. 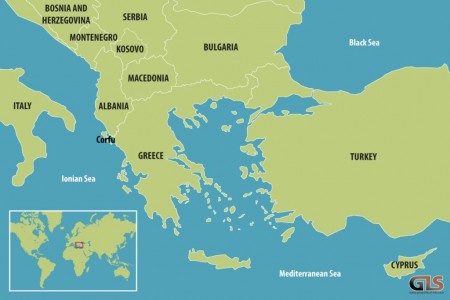 Greece has bilateral regional problems with three out of four of its neighbours, Turkey, Macedonia and Albania – more than any other EU or Nato member. And it does not recognise the Republic of Kosovo.

Greece is using its veto in Nato and the EU to block its neighbours’ accession rather than resolving existing bilateral problems. It even lacks normal diplomatic relations with three of them.
There are no relations at embassy level with Kosovo, relations are at liaison office level with Macedonia and Greece is still technically at war with Nato member Albania with the Law on War legislation still in force since the Second World War. This is a unique case of a state of war between two Nato members.
Turkey marks a decade since the start of its accession negotiations with the EU in 2015. Turkey and Croatia began accession negotiations with the EU nine years ago and Turkey has had an association relationship with the EU since 1963. It established a Customs Union with the EU in 1995.

Accession negotiations began in October 2005, but negotiations are still continuing and many issues remain unresolved or have been suspended, mostly because of the Cyprus veto with backing from Greece. EU member states, at the EU Council in December 2003, were against Cyprus joining, but Greece threatened its veto against all other nine new member states, to push Cyprus membership through.

Turkey still has territorial issues with Greece over waters in the Aegean and offshore oil and gas reserves discovered near Cyprus. These could keep bilateral relations frozen for a while, so there is little prospect of Turkey’s accession to the EU in the short term.
Macedonia has not begun EU accession negotiations for similar reasons, although it has had EU candidate status for nine years. The dispute with Greece is over the country’s name.
Greece believes it has a monopoly on the name Macedonia. Its main argument is that Macedonia is an ancient name for northern Greece. Macedonia argues that this has been the country’s constitutional name since the Second World War.
No complaints were raised by Greece for almost half of the century, until Macedonia declared its independence from the former Yugoslavia and asked for UN membership. This sparked Greek opposition to the country’s name and negotiations between the two neighbours continue 20 years later under UN mediation.
The UN has recognised Macedonia under the temporary name of ‘the former Yugoslav Republic of Macedonia’.

Macedonia won its case at the International Court of Justice in 2011, which ruled that Greece is violating article 11 of the UN Stipulated Agreement for resolving the name issue. It said, ‘no part of this agreement should block membership of other parts at international organisations’.

But Greece had done exactly that by blocking Macedonia’s membership at the Nato summit in Bucharest in 2008 and using its veto every year since 2009 at the European Council to veto five positive progress reports from the European Commission on accession negotiations.
The UN mediator Matthew Nimetz and 13 rounds of negotiations with the Prime Ministers of Greece and Macedonia have failed to resolve the negotiation process.
Macedonia is gradually becoming the ‘new Turkey’ in relation to the EU after 20 years of failing to resolve the dispute over the country’s name. Turkey has the longest candidate status with the EU without achieving accession negotiations.
Greek relations with Albania are another problematic issue between neighbouring countries which are both Nato members.
They are still formally in a state of war after 70 years, based on Greek law of 1945. The Greek army ethnically cleansed the Albanian-Cam population from the region of Cameria, on the northwest coast of today’s Greece, in June 1944.

The law on war with Albania has not been annulled since then. The ‘Cam issue’ has remained a permanent political hot potato in diplomatic talks between Athens and Tirana since then, but no solution has been reached about the Albanian-Cam populations who were deported.
Albania has demanded the return of the expelled Albanian population while Greece sees it as being a legal-property problem for former inhabitants of Cameria.
Greece has told Albania that EU accession negotiations will not begin – despite it having EU candidate status – without the Ionian Sea Border Agreement of 2009, in the north of Cameria, being enforced. Albania’s 225 square kilometres (140 square miles) of territorial waters south of the main Albanian tourist centre Saranda and north of the Greek island of Corfu are at the centre of an Albanian – Greek territorial dispute.
Greece has mapped Albania’s territorial waters among a total of 20 Greek energy zones.
Four billion barrels of oil and 1.5 billion square metres of gas have been discovered in this part of Albania’s territorial waters. Twenty international companies have shown interest in the oil and gas reserves in the Ionian Sea which could create 20 billion euros of income over the next two decades.

A maritime border agreement between Albania and Greece was signed in April 2009 but Albania’s constitutional court rejected it in January 2010 as comprising a ‘violation of the territorial integrity of Albania’.
Albania’s state prosecutor opened a criminal investigation in June 2014 into the signing process of this bilateral treaty. Albania’s Parliamentary Commission for Foreign Affairs found that the maritime treaty violated the sovereignty and territorial integrity of Albania. Greece reacted by stating that Albania would not be able to start accession negotiations without the maritime agreement being ratified. This is seen as Greece blackmailing Albania for its territorial waters.
Albania was granted candidate status at the European Council in June 2014 but Greek foreign minister Evangelos Venizelos said that ‘candidate status and the start of accession negotiations are not the same thing. The negotiation process could only start after the enforcement of the Ionian Sea Border Agreement’.
The EU is insisting on good neighbourly relations as a precondition for accession for Western Balkans countries. The question is how this criteria can be fulfilled when the interpretation of good neighbourly relations is the exclusive right of one of the parties which is already a member of the European Union?

This report has been written by Prof Dr Blerim Reka and made available to our members through the courtecy of ©  Geopolitical Information Service AG, Vaduz
www.geopolitical-info.com