In trade negotiations with the United States, the EU Commission has put the chapter on investment protection on hold for three months to take public concerns into account. In a lecture given to Atlantik-Brücke and United Europe, Trade Commissioner Karel De Gucht made a passionate case for making TTIP a success.

In the face of mounting public resistance to a new transatlantic trade accord, EU Trade Commissioner Karel De Gucht has made an impassioned plea to push forward with the planned Transatlantic Trade and Investment Partnership (TTIP). “These negotiations with the United States are about leadership in the world for the next generation,” De Gucht said in a lecture given to the Atlantik-Brücke and United Europe in Düsseldorf. “That is what it really about: political and economic leadership and leadership with respect to the society model for the next generation.”

De Gucht, who is Europe’s chief negotiator for TTIP, was speaking just after the EU Commission decided to put the chapter on investment dispute settlements on hold for three months to allow for public consultations on this highly controversial issue. De Gucht defended the principle of investor-to-state dispute settlements which allow foreign investors to take a government to an arbitration panel for unfair treatment.

“However, public interest is intense,” he said, referring to concerns that U.S. corporations could use the arbitration process to force Europe into allowing imports of products like hormone-treated beef or genetically-modified food. “That is why I have reached the conclusion that we need a public reflection about the EU’s objectives for these negotiations.”

The goal was to arrive at modern, transparent investment rules that safeguard investors’ interests but do not limit the policy space, De Gucht said, alternating between German and English. He emphasized that on all other chapters, the trade negotiations would continue as planned. “Hitting the pause button” on the investment rules would not delay the overall accord.

Alexander Graf Lambsdorff, a German liberal and member of the European parliament, pointed out that at the end of the day, it would be the elected legislators who would decide whether to approve TTIP or not. Speaking of “choppy waters”, Lambsdorff also addressed the issue of U.S. spying in Europe. He was not in favor of suspending the TTIP negotiations, he added. But to re-establish trust, it was necessary to quickly conclude a parallel agreement on improving data protection.

Personal regrets over the cultural exception

De Gucht stressed that TTIP would need to bring an end to most of the tariffs that still exist for trade between the U.S. and Europe, especially for industrial products. While it was clear that it would not be possible to immediately lift all tariffs on agricultural products as well, some progress in that area would have to be made.

Subsidies to cultural institutions, however, were not part of the Commission’s negotiating mandate, De Gucht said. Nor would the Commission seek to have its mandate extended, given the situation in the EU council where France has always vetoed such negotiations. “I may not necessarily approve, but I will respect it,” the commissioner added. He believes it would actually benefit Europeans to have cultural policies included in TTIP because common rules were needed for the rapidly changing digital environment.

TTIP as an absolute priority

During the lively debate under the glass cupola of Düsseldorf’s modern art museum, De Gucht passionately defended the need for this new transatlantic accord. “It is an enormous boost for the economy,” the former Belgian foreign minister said. “But it is also about framing our future. Either we frame it together with the United States and other nations that have the same approach, or somebody else will frame the future. And that will not be as free as we have in mind.”

Friedrich Merz, chairman of Atlantik-Brücke and board member of United Europe, promised strong support for TTIP. Atlantik-Brücke would make supporting this accord its absolute priority in 2014. He said TTIP was much more than just a trade agreement, Merz said. It could have the same meaning for transatlantic relations in the early 21st century that the NATO treaty had for much of the 20th century, anchoring a close relationship between “the two large continents of democracy and the rule of law,” Merz added. 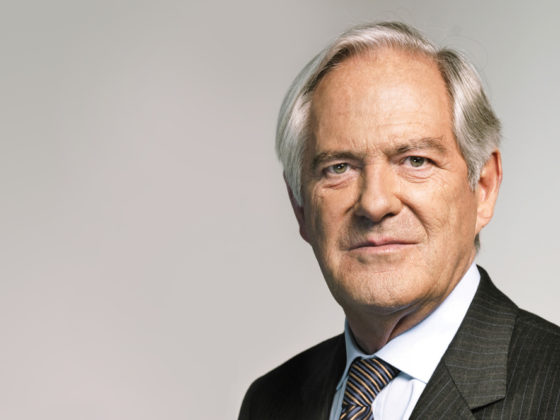