An essay by Albert Guasch

The 9th of May has often been an occasion for the European Union to dwell on past achievements. Year after year, the institutions remind us on Europe Day about the determination of a group of European personalities set on avoiding a repeat of a continental war. As if for a moment Europeans borrowed from Americans their love for inspirational founding fathers’ narratives, EU institutions tell us about Schuman’s speech and about how the Union eventually brought about economic development, peace and stability.

This year, however, institutions did not hark back so much to the past. By launching the Conference on the Future of Europe, the EU made the 9th of May of 2021 about looking ahead. The Conference  — a participatory process in the form of a digital platform and citizens debates that will last until 2022 — aims to discuss future policies and reforms for the bloc.

For an institution obsessed with reaching across layers of government and connecting with its citizens, the Conference is yet another attempt to involve Europeans in European affairs. Its launch in the symbolic city of Strasburg last Sunday was no short of grandiosity. “With this citizens’ platform, we are giving everyone the opportunity to contribute to shaping the future of Europe and engage with other people from across Europe”, said the President of the European Commission, Ursula Von der Leyen, who spoke at the launch.

Credit when credit is due: The EU has always been putting a lot of effort into reaching out to its citizens. This time it’s just bigger, better and packed with more expectations. And it’s precisely here, in the management of expectations, where the biggest risks lie.

To begin with, Member States have already rendered the Conference quite toothless. “The Union framework offers potential to allow challenges to be addressed in an effective manner”, says the Council of the European Union’s position. It also states that the Conference outcome does not fall within the scope of Article 48 of the treaties, closing the door to treaty reform.

“Can these treaties be changed? This is the fundamental question that will accompany for a year the Conference on the Future of Europe that started yesterday in Strasbourg. It is a question that is a matter of life or death for the European project”, states Italian newspaper La Repubblica in an article to encourage the EU to get rid of voting so many decisions unanimously.

But the idea of changing the treaties brings back ghosts of Europe’s recent past. Involving citizens in EU integration already backfired in 2005. After years of negotiation, French and Dutch citizens rejected a European Constitutional Treaty in referendums. Only after cutting, copying and pasting the original Constitutional Treaty could the EU pass the Lisbon Treaty in 2007, a less ambitious text and the last great leap forward in the integration process.

In the year 2021, states do not want to drain their energy in negotiations that might last for years and lead to nothing much. But what if citizens express a will for further integration in the framework of the Conference? If Member States don’t follow up, the whole process might create further frustration, even more so among those citizens keen on integrating Europe.

Then, of course, there is Covid. The Conference comes in a moment of impeccable bad timing. After Von der Leyen announced in mid-2019 her proposal to hold the Conference, the institutional machinery began moving its wheels at the end of 2019, right before the world knew about COVID-19’s outbreak in Wuhan. The virus threw the EU in crisis management mode and both the Council and the Commission postponed the Conference. Restrictions of face-to-face meetings will also probably water down Europe’s latest plan to connect with its citizens.

According to Garton Ash, polls support the notion that citizens don’t pay that much attention to EU decision-making processes, and that the institution’s legitimacy comes largely from what it delivers. This means that the EU wins when it delivers a recovery package from COVID-19 and suffers when there are flops like a slow vaccine rollout. Indeed, the EU should be bolder. It should make important, meaningful policies and break institutional taboos, as happened with debt mutualization in the COVID-19 recovery package —all of it without treaty reform.

Do European leaders really need a year-long participatory process to figure out the priorities of its citizens? Here, we can look at a recent example. To commemorate its 75th Anniversary, the United Nations launched a global survey to ask “peoples from all countries and walks of life about their priorities for the future and ideas for action”. But the “world’s biggest conversation”, as the UN hailed it, produced rather uninspiring results. If we look at the declaration that the states voted after considering the survey’s input, we will not find any revealing priority. Nothing the UN could not have figured out on its own.

While the Conference on the Future of Europe can give an extra layer of legitimacy to reformists or result in a push for new policies, it is hard to think that the EU needs a ‘listening exercise’ to figure out its citizens’ priorities. It might help it reconnect with citizens, yes, but it is hard to see that the Conference’s outcome will contain any surprising plot twist.

Of course, it will be interesting to follow Europe’s latest attempt to be more democratic and reach out to its citizens. And we can only hope that it brings fresh ideas and inspires some institutional change. But, meanwhile, institutions should also focus on delivering good results in policies such as vaccine rollout, recovery and the green deal, to name a few. These are some of the most transformative policies in years and have much potential to make or break the UE’s reputation. 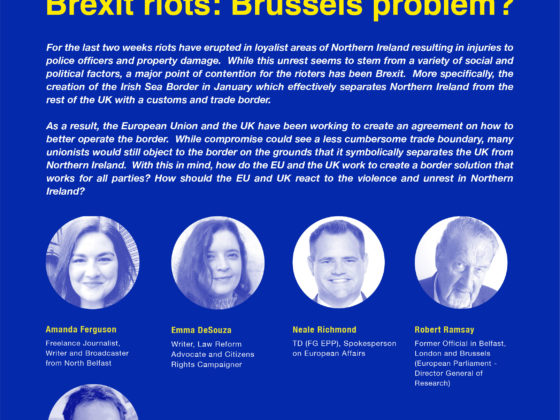 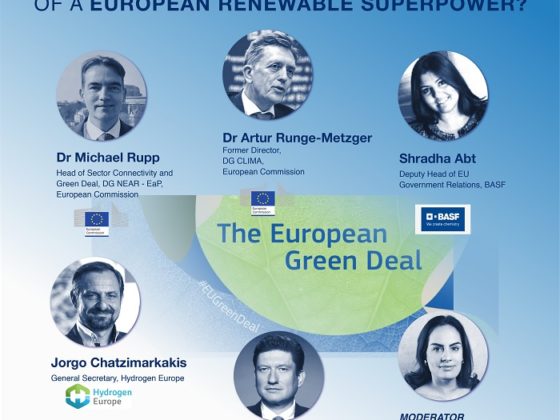 Young Professional Seminar: Decoupling growth from greenhouse gases: Will a green gold rush give birth of a European renewable superpower?