“We must reduce our emissions in all Member States of the European Union and also globally. Ursula von der Leyen and her team have made the Green Deal beyond Brexit their top priority and it is important that this is prioritised beyond trade problems, beyond the pandemic. But: a new strategy must be wise and balanced.

By 2019 we had reduced emissions by 24% through various measures; the EU Emissions Trading Scheme (ETS), by modernising our industries and through new energy strategies. This was partly due to the closure of obsolete Soviet era factories in eastern Europe such as in Krakow, in Warsaw. But this had a one-off effect, which will not be replicated. The Juncker Commission, together with the European Parliament and the Council, has discussed a number of targets for 2017-2019, including a 40% reduction in CO2 emissions by 2030, and segmented this reduction into five key sectors: energy, agriculture and food, buildings, housing and mobility.

Many industrial sectors and the energy sector as a whole have an ETS emissions trading scheme in place; a market-based system that reduces emissions from year to year. For the mobility sector, namely cars, we have a second system: by 2030 a fleet of new cars may emit 130, 105, 95 and finally only 65 grams of CO2 per kilometre. For buildings, the European directives have provided for up to zero emissions, while for agriculture and food production there is still no instrument.

But our industries need planning certainty. It is not easy to develop a new system of targets and an outlook for 2030 if the one for 2021 is changed again. For example, the Commission President announced before her election that she would reduce by up to 55%, now Parliament is already discussing a 60% reduction. We need to revise again. What does 55% or 60% mean for the energy sector, for our industries, for the production of aluminium, steel, copper, for our buildings, for the car industry?

Europe needs a balanced strategy. Climate change on the one hand, reduction of CO2 emissions, industrial competitiveness on the other. We need steel, copper, aluminium. We need it for wind turbines, for bridges, for buildings, for the construction sector, for the manufacturing industry, for trucks. And there will always be production of steel, aluminium and copper. But if our rules are too strict, if our electricity is not cheap enough, European industry will not survive. And then these goods would be imported from India, Turkey, China and Russia; from countries that operate less efficient factories and have higher emissions.

This is not good for our jobs, the labour market and taxation, nor does it help us to achieve global environmental goals. And here comes the next idea from Brussels: a carbon border adjustment mechanism, or rather a carbon border tax. I do not believe that this is a good instrument. It violates WTO rules, it violates our trade agreements. And – take a car from South Korea with two thousand components coming from Europe, from Valeo, Magna and Conti, among others, which will be produced in South Korea and then sold in Europe. How should one here to know which components and which tools comply with our rules and which ones will produce more CO2 emissions?

Trade associations and companies should receive a clear signal. What is acceptable and what isn’t from a technological viewpoint and business case perspective? Currently there are very few voices audible from private sector enterprises or from our industries. In the media, the debate is preliminary staged by politicians and NGOs; claims made by the industries, strong and clear positions from our organisations, our executives, our private sector are not represented.”

In the following, very engaged discussion round, there were many different opinions and comments. It was suggested that the way forward should also involve investments in new technologies and clarify that some of the old industries will no longer function the way they have done in the past. There were also doubts about Brussels’ openness to discussion, whether Brussels really listens when a chemical or steel manager has doubts.

Günther H. Oettinger stressed that the European Commission is far from a fair dialogue. Mr Oettinger also made it clear that Europe will emerge from the pandemic weakened. The winners will be US data giants like Google, Alphabet, Facebook, Amazon and of course China.

One panellist highlighted that both the US under Joe Biden and China want to become climate neutral by 2050. In consequence, the European industry would have to become much cleaner to remain competitive regarding this issue.

The video recording of the discussion can be found here. 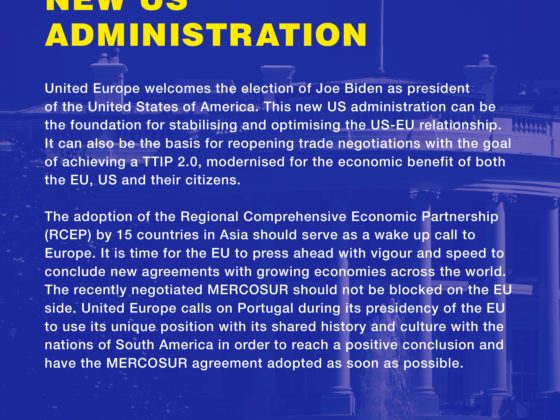 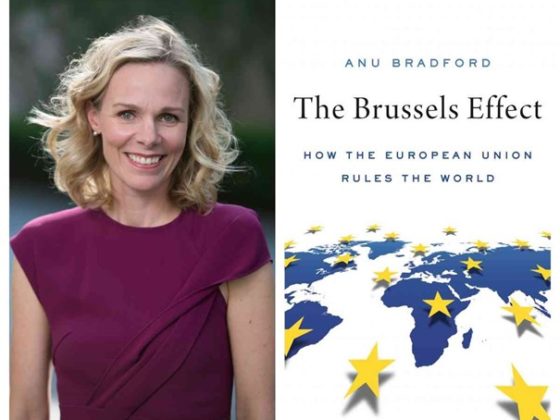 EU Insights: The Brussels Effect – How the European Union rules the world