An attempt to diversify narratives on cultural differences between China and Europe, and why bridging gaps is so difficult. Interview by Anna Penninger, Young Professional Advisor at United Europe with Xiaoxu Zhang, PhD candidate and Assistant Lecturer at the University of St. Gallen.

Why is it so difficult for us to understand the Chinese culture?

I had the impression that Europeans talk a lot about China, the Chinese government and the Chinese culture – yet, Europeans barely talk to Chinese people. Hence the discussion about China is run in a rather judgmental manner, coined by a seemingly universal EU-narrative. I did want to get another view, so I talked to Xiaoxu Zhang, a Chinese PhD student from St. Gallen. She taught me some of the recent developments in China and explained what we as Europeans must do to understand China better. With that, I hoped to contribute new aspects to the discussion that put a focus on learning, instead of judging.

During our virtual meeting, we talk about the government, European limitations in understanding China and the values that we hardly know of. The insights I receive from Xiaoxu refer to multiple dimensions: The 5 year plan, life in the rural and urban areas and the role of individual performance and achievements. We start to talk about the reason why people neglect culture as a factor in their interaction with another country’s representatives. Xiaoxu states  an example of a business meeting between Chinese and American representatives and concludes: “If culture is just one input of a complex equation, people immediately forget about the impact of culture.”

Xiaoxu knows very well that cultural background is underestimated. She reflects that these differences are still hardly acknowledged and mutual understanding cannot be built easily. There are many pitfalls around these differences. To illustrate that, she tells me about a live-selling social media star. The young lady who was found out to have not acted in accordance with “good standards of society” disappeared from social media. Xiaoxu knows, from a European perspective, one would expect an ethical discussion about individual rights and the protection of the individual’s activity as a right to share her opinion freely. In contrast to that, she explains, when the Chinese look at it, they are “analyzing the influence of people”. That, in China, weighs more than the factors Europeans value, such as privacy and individualism. She concludes that the cultural values that have dominated the Western world are very well known. But that does not mean they have law-like character. The legitimacy of these values is questioned now. “A lot of Europeans and Americans would assume every value in the West would have the same dominance in China- just because China is now so active in global activities, they should have the same values and beliefs?”.

Chinese values are different, and that’s no news. Despite dramatic changes in the recent Chinese history (which we might compare with Western developments) their value sets have not significantly approximated ours. The differences that distinguish China and Europe have been held on to. The approximation assumptions may just be wrong as we assume they strive for the same ideals, and with that the “real”  gap may have become even wider. Even though we do not know all of these values, we must learn to find out about them, and acknowledge them. Unfortunately, my interview partner  admits, it is not exactly easy for us to find out. Material in English is scarce or not available and thus, we face a rather high language barrier for Europeans to learn about the country and its values by themselves.

How can Europeans understand the influence of the government on the future of China?

Just before the interview had taken place on Saturday, 31st October, China released the next 5-year plan on Thursday October 28th. Xiaoxu had seized the opportunity to conduct an analysis of the last 5 year plans of China for this interview and used the analysis in order to highlight the meaning of these state-released plans for the Chinese population, respectively how societal and political trends were reflected in them. Interpreting a text analysis, she gives back important insights on what she has filtered out of the report.

Just 10 years ago, the previous 5-year plan was released, which she compares to first. “It is not a very long report, a policy paper, accessible to everyone”- she tells me, that according to the analysis, did explicitly advocate openness but, even more, innovation, which the report mentioned 27 times. “From 2014-2018, before trade war and pandemic, you could see a lot of opening up initiatives from the side of the government and the companies…”. In Europe, we figure, this was visible in projects around Africa, as well as acquisitions of European firms by Chinese organizations. All was representing a new era, a time of opening, a progressive China. While economic development stays an essential factor for both reports, it does not stand out. There are, however, other, completely new attributes in the current 2020 plan that have not been mentioned in the earlier reports. “It emphasizes the geopolitical situation of the word; it mentions 22 times national security – and 25 times, it mentions national defense” . That is something which strikes both of us obvious, given the recent trade conflicts, but at the same time, we know that this bears the potential for future conflicts, too. Will the program for the next five years then be a continuation of conflicting ethics and escalations on US, European and Chinese agendas?

The universal influence of the Chinese government is unusual for Europeans, Xiaoxu knows that. She compares our perception to the Chinese world. “Let’s stand in the shoes of a top manager in Europe. You manage a corporation of more than 20’000 people – with operations in more than 40 countries in the world.(…) What do you do? You survey the environment, you organize a strategy team to do some benchmarking analysis compared to your competitors. You hire consultants to find out development trends and profit drivers. You collect all information and make a decision. Your decision represents the decision of the company. In China, the government – they play a role on all levels. It is more of a facilitator role. (…) They don’t participate in the economic activities themselves. They set some general regulations, and some subsidies for interesting innovative projects.”

In her eyes, the willingness to follow government plans is much higher than it is anywhere in Europe. Referring to the Chinese structures, she says that anything progressive can be driven by the government. The previous plan to invest in biotech ventures has had immediate effects (within five years!) on the industry development. That timespan is rather short in Europe. Government plans in China are only one driver for the speed and intensity of development. The personal contribution of the Chinese people is crucial as well. Xiaoxu affirms that the Chinese ambition to try something new and learn is extraordinarily high. Quoting the cultural indices by Hofstetter, she says: “The Chinese are very risk tolerant as a nation. The risk aversion score is low with Hofstetter. They have a saying; failure is the mother of success. Everybody in China knows it.”  She vividly explains that failure being the mother of success means that it is the basis and the natural way to achieve success. That understanding is deeply rooted in the people’s mind, and hence, the idea of taking risks follows other rules than here in Europe.”

Could you tell a non-Chinese readership, how can we even try to learn and compare our lives to the life of an average citizen in China?

China is often a synonym for  big cities that are globally known and highly developed:  “Shenzen, Shanghai, Beijing…” But, as Xiaoxu explains, when you leave the cities and take a car to drive out for 40 minutes, a very different China will await you. The rural part that is far less developed and cannot be compared with the global mega cities like Shanghai. Xiaoxu describes the difference as a journey back in time. “It is like 20 years ago, in Shanghai or southeast Asia”. Most Chinese people live outside of these four big cities, and they have different backgrounds. Out of 1.4 bn population, only 4% across generations obtained a bachelor’s degree. Xiaoxu tells me that some remote mountainous areas require students to walk 5 hours a day to access primary education. She highlights that this is a good example to see “how passionate the Chinese are about education”. In most areas of China, the 6 years elementary school is obligatory and free. The quality, however, is not guaranteed as Xiaoxu says. “In Shanghai you could have a robotics laboratory” but other places may be far less fortunate and thus, offer a different and less modern educational curriculum to their students. The fact that programing is most popular extracurricular activity in Shanghai also shows that “AI is such a thing in China”. Any family with abundant disposable income would take their children to programming. Compared to her younger years, where “it was piano and table tennis (based on my personal experience)” the shift towards these economically and professionally promising activities are now significant.  But, according to an analysis of the last 5-year plan, the government prioritizes the regional development now.

Not only on the government’s role for the people, but also the role of the people for the country is different in China. Europeans have a different degree of identification with the values of a nation than Chinese people have. Sports would be a good and valid example to illustrate the practical implications. “What would the major media talk about if someone has won a gold medal in the Olympics? I think the major news house would talk about it – (…) in China, it would make you a national hero, in Europe we would rather consider it as an individual, personal accomplishment.  Chinese people have a mindset of a conditioned commitment”.  This conditioned commitment spans generations, “based on many, many years of similar behaviors – there is past-dependence in China. It is thus probably a consequence that merits contributing to the national honor are considered more meaningful than a personal achievement of an individual.

Xiaoxu mentions the Los Angeles Olympics 1984, where China won the first gold medal in shooting. Even though the sport was not popular with Chinese people, everyone talked about the winner as a representative of the country. Everybody talked about “how great China is” she explains, and adds that the  government directly paid subsidies and thus considered the sports team rather a civil servant team, than independent athletes. The same phenomenon was observed over 24 years later, when China hosted the Olympics. Indeed, the loyalty towards a country and a nation, rather than an individual, is hard to comprehend for us.

And there are many more aspects we could discuss, but we stop for now.

Being more aware of these differences and trying to see the Chinese view has already been very enlightening to me – I hope, to many others.

In the name of United Europe, we thank Xiaoxu Zhang for her time and her insights shared and would like to encourage other readers to comment, share and discuss their narratives with and on China. 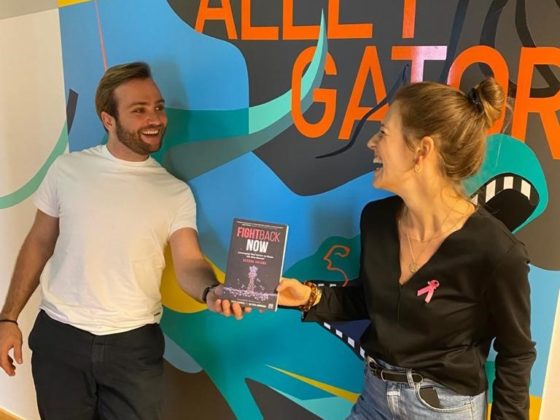 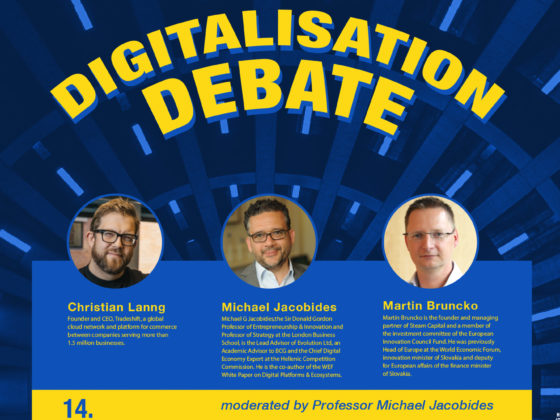 „The European model of a liberal society and free trade is at stake. Only a unified and strong EU can guarantee a safe future for it's economy.“