The EU’s leadership in global health

The Coronavirus crisis has further aggravated great power rivalry and has become a test case for the EU’s geopolitical ambitions. It has highlighted China’s central role in the world economy as well as its global aspirations. In addition, the crisis shows that the Trump administration is pursuing national interests, putting US global leadership at stake. In this Policy Position, Anna Stahl argues that despite what it may appear at first sight, the current crisis could be an opportunity for the EU to position itself as a geopolitical actor. Taking the example of the World Health Organisation (WHO), Anna Stahl reveals the EU’s leadership in global health and its ability to position itself as an honest broker between the US and China.

The EU “must relearn the language of power and geopolitics”. Both the President of the European Commission, Ursula von der Leyen, and the High Representative for Foreign Affairs and Security Policy, Josep Borrell, share this conviction. They announced their ambition as soon as they took office in 2019, arguing that only by fostering its geopolitical identity would the EU be able to compete with major powers.

The Coronavirus crisis has further aggravated power politics and become a test case for the EU’s geopolitical ambitions. It has highlighted China’s central role in the world economy as well as its global aspirations. In addition, the current crisis shows that under President Donald Trump the US is prioritising national interests through an “America first” policy, thereby abandoning its traditional international leadership role.

Contrary to how it may appear at first sight, the Coronavirus crisis could be an opportunity for the EU to position itself as a geopolitical actor and to play a leading role on the international stage. While the pandemic has reinforced the US-China rivalry, the EU has made first steps to assume international leadership and to make itself heard as an honest broker in the resurgent great power competition.

Despite initial difficulties in finding a common response to the health crisis and the long-term economic challenges, there has been growing European solidarity. The EU’s recovery plan and the Franco-German proposal to counter the pandemic-induced crisis are signs for deeper European integration. The will to act together is also reflected in the EU-wide procurement of medical goods and other attempts to foster European health sovereignty. The EU could not only emerge stronger internally from the crisis, but also having strengthened its international role.

Since the outbreak of the pandemic, the World Health Organisation (WHO) has become the battleground for US-China great power competition. Given the current dismissal of multilateralism by the US, it is hardly surprising that President Trump has strongly criticised the WHO response to the pandemic. He accused the UN organisation not only of mismanagement of the crisis, but also of one-sidedness in favour of China. Because of the dispute between the US and China, efforts to pass a coronavirus resolution in the UN Security Council have failed so far.

Nevertheless, during the annual World Health Assembly, the WHO took joint international action against the coronavirus pandemic. The WHO’s recent decision can serve as an example of the EU’s global leadership role. On one hand, the EU opposed US criticisms of the WHO and spoke out in favour of a “multilateral response to all aspects of the global coronavirus crisis”. On the other hand, both Ursula von der Leyen und Josep Borell have supported an independent investigation into the origin of the novel virus that broke out in China. In the face of accusations of cover-ups by the Chinese government, Australia and other countries have called for an investigation within the WHO. Although officially the Chinese leadership did not oppose calls for an investigation, it threatened Australia with a boycott of Australian goods.

Thanks to EU diplomatic efforts, a landmark WHO resolution for an international response to the pandemic was adopted on the 19th of May. As the German Foreign Minister Heiko Maas pointed out, the WHO resolution was an initiative by the EU and received the support of all WHO member states, including the US and China. For the EU, the resolution not only strengthened the WHO, but also sends a strong signal in favour of broader multilateral cooperation, showing that in the long run the coronavirus crisis can only be solved in the framework of international organisations like the UN. In particular, the WHO resolution enabled to make progress in the global powers struggle on two issues: an “impartial, independent and comprehensive evaluation” and “global access to medicines, vaccines and medical equipment” to face the virus.

Although the US supported the resolution initiated by the EU, it distanced itself from some of the wording in the text, namely the call for a voluntary patent pool. Due to the lack of an international agreement allowing the WHO to distribute medicine and a possible vaccine against the coronavirus in a fair manner worldwide, it has proposed the creation of a “Covid-19 Technology Access Pool”. By sharing data and intellectual property rights, this new tool should provide equal access to all countries. The resolution proposed by the EU also failed to prevent President Trump from announcing the withdrawal of the US from the WHO. Although the EU, together with its member states, is the largest contributor to the WHO, the US withdrawal could weaken the UN organisation. Moreover, China could fill the vacuum left by the US. In response to the announced funding cuts by the US, China donated an additional 30 million US dollars to the WHO.

Alongside the WHO’s international response to the pandemic, the question of a coronavirus vaccine has become a central issue in the current geostrategic power competition. While the US tried to take over European pharmaceutical companies like Curevac to secure exclusive access to a potential vaccine, the EU has opted for a coordinated international approach. Through a joint initiative with Canada and Norway, European leaders called for a “vaccine that is produced by the world, for the whole world” as a “unique global public good of the 21st century”. To achieve this goal, the EU launched a pledging effort to raise funds for a vaccine. China has participated, albeit reluctantly, in the EU’s efforts to provide a vaccine as a global public good. The US government, however, has shown no support. Instead, the EU is seeking cooperation with non-governmental American partners like the Bill & Melinda Gates Foundation.

Cooperation with Africa in the fight against the coronavirus can serve as another example of the EU’s leadership in global health. It is feared that the new virus will hit African countries particularly hard as their health systems are rather weak. In April, the EU therefore launched a Team Europe global response support package worth 20 billion Euros for the countries most affected by the pandemic, particularly in Africa. At the same time, China has been trying to rely on its so-called “mask diplomacy” to further expand its influence on the continent. Through aid and medical support, the Chinese leadership is trying to influence the public opinion in Africa and around the world. China’s financial support is part of a disinformation campaign that depicts Beijing’s authoritarian crisis management as superior to the democratic response to the pandemic by Europe. So far, China’s mask diplomacy has however only had limited success in Africa. It could not divert attention from the racist and discriminatory coronavirus treatment of Africans in China. In several African countries, the anger among the population was so great that the government summoned the Chinese ambassador and publicly criticised Beijing.

Both at the recent EU-China summit and 10th EU-China Strategic Dialogue, the EU reaffirmed that the pandemic can only be solved through greater multilateral cooperation. The EU also stressed “the need for solidarity in addressing the consequences in developing countries” and called for collaboration with China regarding Africa. As Africa is likely to witness the most devastating economic consequences, the EU should adopt debt relief measures both at international level and in collaboration with China as a sign to underpin its global leadership.

An analysis by Dr. Anna Katharina Stahl, Policy Fellow for European Foreign and Security Policy at the Jacques Delors Centre.
The text was first published on 15 June 2020 in the IPG Journal. 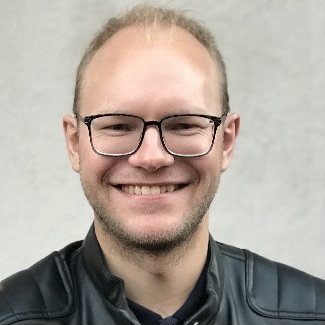 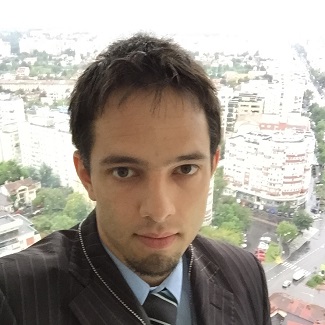 „Europe is the world's largest economy, in which others are keen to invest. We can benefit from this. We must make use of the differences, the diversity, in Europe by making a common voice heard. For example, by combining clichés - German engineering, Italian art and design and Dutch commercial spirit. Because that way we can learn from each other and form a strong unity with respect to the other 'great' powers.“