Brexit is not a good development for either side. As a result of it, the influence of Europe as a critical mass has become even smaller. Nor is it good for either side economically, even if the UK will suffer a great deal more as a result of leaving. On a European level, there are a couple of advantages however. In areas where the British have put the brakes on in the past – in questions of migration, foreign, security and defence policy, for example – we can now move forward more quickly.

Brexit has left behind a sharply divided country. As there was no powerful force in the UK to fight courageously against Brexit, the result was quite tight.
53% of voters voted for parties that are against Brexit. But because of the British electoral system, that did not turn into mandates. While Johnson gained an overwhelming majority of 43% in Parliament, the smaller parties are getting lost in the electoral system.

It is a good sign for the unity of Europe that the Commission of Ursula von der Leyen obtained a 65-percent majority in the European Parliament. The Commission gained a broader majority in the confidence vote than any national government. That is an extremely positive sign and it should be noted. The anti-Europeans have not gown any stronger in Parliament in the last year and are even dwindling with the departure of the British.

The EU must have the right policies; it must work on winning people over and explain why what we need in today’s globalised world for the purposes of economic, trade and security policy cannot be achieved by a nation state alone. Every nation state – including Germany – is a dwarf by comparison. The challenges in the areas of internal and external security, trade policy, digitisation, climate protection, China and the US can only be solved together.

As the largest trading power in the world, the EU must continue its successful trade policy, quickly ratify its agreements with Vietnam and the states of Mercosur (Argentina, Brazil, Paraguay, Uruguay), conclude agreements with Australia and New Zealand in the coming months and achieve faster progress with other countries. This is necessary to rescue rules-based multilateralism in view of the behaviour of China and the US and for geo-strategic reasons.

We must protect the grass roots so that populism does not spread like a cancer. We must not surrender ground to the populists and nationalists without a fight. Tell the truth about Europe and do not allow lies to gain the upper hand. The public and, of course, many media also play a role in this. In the UK, the newspapers of Rupert Murdoch, an Australian with an American passport, determine European policy. We can do nothing about that. But we can ensure that Europe’s achievements are more in the foreground.

Today, the Poles have a gross domestic product that is six times higher than 25 years ago. We therefore need an annual cost-benefit analysis of German membership in the European Union, which the Federal Government should present to the German parliament every year. Every country should draw up a cost-benefit analysis of this sort. Because at the moment: when it’s raining, it’s Brussels, and when the sun is shining, it’s Paris, London or Berlin.

Not everything that comes out of Brussels is bad. Of course, mistakes have been made, and more will follow. But to describe Europe as a failed project is rubbish. It is not perfect, but it has been on the right path with many, many positive effects over recent years.

I share the concerns about Huawei. But this is precisely the sort of situation that could and should be an opportunity for Europe. By the EU taking hold of everyone’s money and developing an alternative power. Becoming strong in itself is a key European question. We need strong European companies, European champions. As a matter of principle, there must, of course, be competition in the European Union. The politics of competition is the basic law of the market economy. But there are individual industries in which the creation of competition must be defined not in European but in global terms.

As far as the UK is concerned: nothing much will change before the end of the year. By then, a trade agreement must be negotiated which does not put the integrity of the internal market at risk. There may not be enough time to avoid tariffs. But if the UK wants to lower its standards, it may be difficult to make much progress on non-tariff trade barriers. The transition period would have to be extended by two more years for that, as provided for in the exit agreement. But so far, Johnson has rejected this. The intention is also to conclude agreements on external and internal security, research and the Erasmus programme.

In conclusion: we must not shut ourselves off from the UK. And I am hopeful that, once they have bumped along for a decade or so, the British will find their way back into the EU.

Elmar Brok is a German politician who served as Member of the European Parliament (MEP) from 1980 until 2019, who is best known for his role as chairman of the European Parliament Committee on Foreign Affairs. He is a member of the CDU and held many leadership positions in German and European politics. As a member of the Convention on the Constitution for Europe and in the Committee on Constitutional Affairs, Brok is widely credited with contributing crucially to the Constitution of the EU. He is also former President of the Union of European Federalists (UEF). 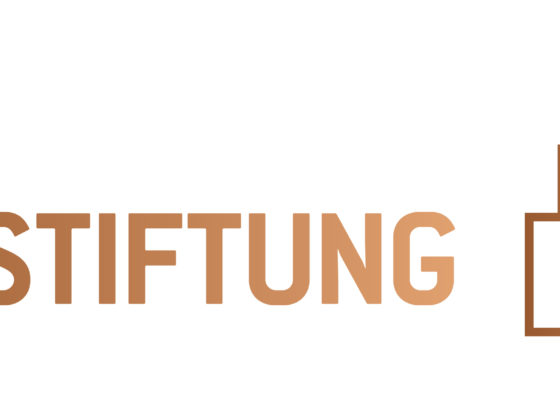