This is the first outcome of our recent Young Professionals Seminar, which took place on 17th and 18th October in cooperation with University Lusíada  on the topic “How to strengthen the Eurozone“: An interview with Pedro Passos Coelho, former Prime Minister of Portugal. The interview was conducted by journalist Anna Romandash, a Young Professionals Advisor of United Europe.
Prof. Passos Coelho has hold the opening speech of the seminar on “The crisis in Portugal (2009–2014): plans, strategies, reality and overcoming”.

Passos Coelho is a guest professor at the University of Lisbon (Instituteof Social and Political Sciences) and at the Lusíada Universidade of Lisbon. Additionally, he is a member of the Board of Deusto Business School and of the Advisory Board of the Spanish Círculo de Empresarios. He was Prime Minister of Portugal from 2011 to 2015 and President of the Social Democratic Party until 2018, as well as a member of the Portuguese Parliament. Previously, he has been managing several private companies until 2010. 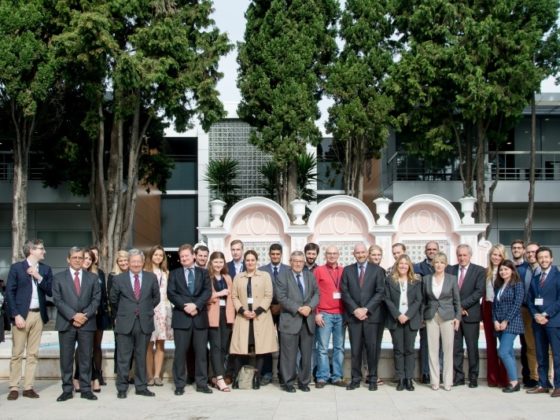 Summary of our YPS in Lisbon “How to strengthen the Eurozone”