This essay has been created by Benedikt Köhler as application for the Young Professionals Seminar “How to strengthen the Eurozone“, which takes place on 17th and 18th October, 2019, in Lisbon. We are publishing some more application texts during the next weeks in our section “Young European Voices”.

In a joint statement from 2004, the leaders of Europe emphasized that
[…] Europe, reunited after bitter experiences, intends to continue along the path of civilisation, progress and prosperity, for the good of all its inhabitants, including the weakest and most deprived; that it wishes to remain a continent open to culture, learning and social progress; and that it wishes to deepen the democratic and transparent nature of its public life, and to strive for peace, justice and solidarity throughout the world […]

Already back then, 15 years ago, the aspiration of jointly striving for peace, justice and solidarity could have been considered as idealistic. Today, the European Union has moved away from speaking with one voice and therefore is less able to face inevitable challenges to continue along the mentioned path of civilisation, progress and prosperity.

The European Union is confronted with numerous external challenges, some of the greatest humankind has ever faced. Issues like climate change, the nutrition of future generations or the rise of artificial intelligence and its impact on life and society need high attention and coordinated, thoughtful action. Additionally, the geopolitical situation cries out for a united Europe that acts as a global player: China’s strive for a dominant position and economic lead through the Belt and Road Initiative seems to overwhelm the members of the EU. They present themselves as a patchwork carpet with semi-defined strategies and bilateral action: some nations already cooperate, some refuse, others call for reciprocity. The weakening of the transatlantic alliance gives us the opportunity to redefine our role in the world, but by now we are mostly busy with ourselves risking to become powerless and dependent, not in charge of our own destiny.

Internally, the EU suffers from the disloyalty of some of its members; populists in different nations play the trick of blaming externals for domestic problems. The voters in Italy, Hungary, Poland, etc. fell for it as the Union hasn’t delivered enough answers to social and economic questions following the crisis. Now, sceptics and naysayers enter the inner circles of the Union. This leads to a growing dissent within the important organs of the EU (Council and Parliament), thwarting their decision-making process which, especially when it comes to important decisions within the Council, often requires unanimity.

As in many occasions, looking into the past can teach us a lesson: the situation is to some extent comparable to the one Germany faced in the beginning of the 1930s: the economic crisis had led to social despair and an unsteady, radical political environment that would have needed a government with a strong ability to put ideas into action. Unfortunately, the design of the institutions and administrative processes led to stagnation and finally political standstill that made it easy for populistic parties to first gain acceptance and subsequently voters by blaming the reigning elite.

If the EU wants to escape the fate of losing its power to its own internal enemies, becoming dependent on the favour of others, it has to take the bull by the horns and find its way back to being a real Union that is conscious of its common destiny. If we want to shape the world’s future and have our saying when the mentioned challenges of humankind are addressed, we need to stand as one with one voice. More power needs to be transferred from the national governments to the Union so it is able to meet on an equal footing with other big players as China and the US without just being a negotiator for national governments.

The idea of a United State of Europe is idealistic, but in my opinion it has to stay the final goal, the purpose of the European Union. The quotation used in the beginning of this text is a section of the preamble of the Treaty establishing a Constitution for Europe, which was part of the endeavour of giving the European Union a joint constitution. Sharing a constitution leads to increased mutual trust, a common vision and shared values. Unfortunately, the treaty was not ratified as the referendum failed in two countries.

I think this project should be revived, installing a joint constitution that could eventually replace national constitutions. Redefining the common denominators will open up discussions about the core idea and values of the Union and will reemphasize a long-term vision. Of course, a joint constitution can’t be imposed to the members in a top-down approach and no disagreeing member could be forced to participate. In order to prevent from another failure of the ratification process, the common constitution should rather be introduced in the same way the Euro was: everyone who believes in this joint venture is allowed to participate. Every nation getting involved from the beginning has the possibility to influence the contents – latecomers can join. Having a common constitution would facilitate European legislation, national laws could more and more become aligned. It could be a new start for a movement to overcome separation and focus on integration.

In the course of redefining the basic rules of European cooperation, the shortcomings of the current institutional architecture could be resolved, too. In the past week, we saw that the citizens and their vote still have a narrow saying when it comes to the distribution of power. We are represented by a Parliament that has a primarily reactive right of exercising power: legislative proposals as well as the candidate for the Commission President can only be approved, not proposed. This is a significant limitation, most of the power lies with the Commission and the Council of Ministers.

Not keeping the promise of respecting the citizens vote leads to frustration which ultimately weakens the Union. As a second measure to make the EU future-proof, I propose the implementation of more democratic processes within the institutions. Analogous to the German political system, the right to propose and accept should be inverted: the central, directly elected Parliament has the active role in negotiating and proposing laws, the council of regional (or in the case of Europe, national) representatives have the right to reject and accept. This approach would strengthen the citizens’ voice and their acceptance of the Union, the legislation would be more democratic and less driven by individual, national interests. Still, the nations would keep a supervisory function as no law could be passed against their will. The concept of unanimity should be revised; to prevent individual countries from being disadvantaged, the bar for the majority needed could be set really high, e.g. 75%.

Again, the Union can only gain power if the members cede it. The European Council is in charge of initiating this kind of rule change that would limit their own power. Throughout history, great restructuring measures where driven by major crises or, as stated in the introductory quote, bitter experiences. It seems to be the typical human approach to delay change until the external pressure gets too high. We as European citizens should be eager to take our destiny in our own hands actively and to demand change before we find ourselves in a gridlocked situation.

Benedikt Köhler serves as assistant to the management of RGM Holding in Dortmund, Germany. 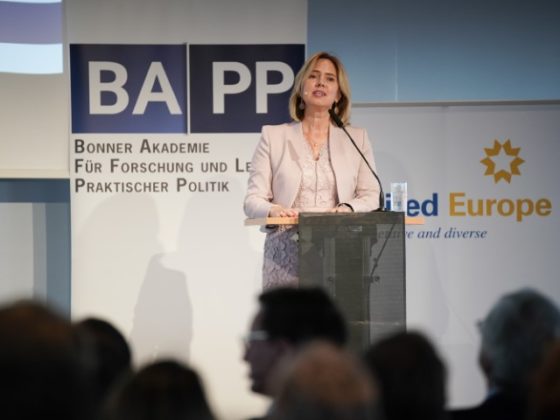 European Partnerships in Mobility and Infrastructure 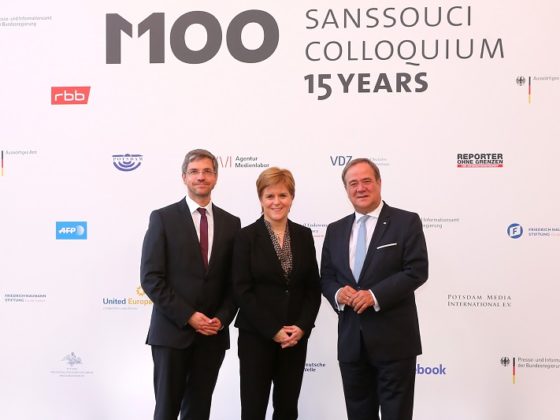 „The European idea is fundamental for our democracy, history and values. And Europe is our only chance to maintain relevance in a world that is changing ever faster.“

Dr. Leonhard Birnbaum
Member of the Board, E.ON SE