“Europe is a huge opportunity – but its solidarity has taken for granted”, writes Tina Müller, CEO of Douglas, in our article series “Europe can do better. How our continent finds new strength. A wake-up call from economy“, initiated by Handelsblatt and United Europe. “Europe must strengthen its “We-feeling” and connect for the digital future.”

A “wakeup call for Europe” is being sounded – but perhaps the EU even needs to be “stirred up” or feel that much-quoted “jolt”. Standing up for Europe is worthwhile. We have all become Europeans to a significant degree without always being aware of it.

Today many of us, especially younger people, have a European biography. I, too, grew up with the European idea, being one of the first to participate in the Erasmus Programme. My French degree is recognised in Germany. The company I run is represented in 21 European countries.
We move through Europe without any border controls. All of this would not be possible without the EU. But by now we are taking this for granted, perhaps even too much so. Border controls and currency exchange rates are something that can be felt – but when they are abolished, you no longer feel them and the benefits of their disappearance are quickly forgotten.

Speed that is too much to take
Clearly Europe is under pressure. Digitalisation and globalisation pose challenges for social cohesion. In practical terms, the much-quoted disruptive development means that if you opened a bookshop 20 years ago, it has probably become impossible by now to make a living from it. It means that soon we can not only enjoy the comfort of autonomous driving cars but also that the job of cab or lorry driver may be up for elimination.

This development has long since ceased to only affect activities in which machines are superior to human beings. Today artificial intelligence is able to perform legal, financial analysis and even medical diagnostics jobs. All of this is a boon, as it makes our life simpler and more efficient, but not necessarily the way we plan our life. Disruptive means that at the beginning of our professional life we do not know if our job still exists when it ends.

Companies or a social order can be modernised. With biographies this is more difficult. The vehemence and speed with which globalisation and digitalisation change our lives can trigger a sense of impotence. Yet the ability to control and shape one’s own life is an indispensible motivator.

Its loss results in resignation and frustration. Powerlessness is the underlying feeling of our age for many – too many – people. Right-wing populism with its return to the past is not least a reaction to this. It offers the simplicity of a manageable course of life and suggests that the sovereignty of the traditional nation state can be regained.

There is a blatant need for repoliticisation and leadership, for alternatives as opposed to the lack thereof. The right-wing populists mobilise those who are frustrated and serve the need for support and guidance. The EU is on the other side, it has become part of a major cultural conflict – globalisation versus isolation, gender versus classic role models, multicultural society versus ethnic homogeneity, cosmopolitan elites in the metropolises versus rural areas that are left behind and Europe versus the nation state.

Brussels with its bendy banana laws and guidelines concerning rubbish bin size, and with its sometimes rather broad interpretation of the principle of subsidiarity, is perceived as heteronomy. Right-wing populism feeds into this perception. Yet the attempts to turn this resentment into policies are pathetic. Sheer spite does not make for a political concept.
When we look across the Atlantic, the road leading back from multilateral responsibility towards the nation state is not exactly promising. Nor does the Brexit chaos in the UK serve as a motivation to imitate. “My country first” is not an option. Commodity and communication flows have long since crossed borders. Donald Trump’s imposition of import tariffs has already boosted trade via Europe, a welcome economic stimulus programme for the European economy.

Protectionism wants to turn back the wheel of history. This has happened time and again in the past. But it was never successful in the long run. In the last decades we have managed to achieve one of the most humanitarian goals: cutting the number of people living in extreme poverty in half. No development policy has been able to do that. No budget in the world would have been sufficient for this. It is the trade between the developing and industrial nations that has made it possible.

European Union: between shaping politics and sense of powerlessness
It is not the nation state that will overcome the lack of alternatives. Nor is it the crusade against liberalism. We urgently need supranational cooperation, because the major challenges of our day don’t stop at borders. The European Union is the tool at our disposal, our lever and our instrument of power in a globalised world.

Yet too many people perceive it as an additional factor of heteronomy these days, and as a loss of sovereignty. This has turned it into a scapegoat, a welcome projection screen of isolation and the strengthening of national identities. Europe must leave this conflict behind. It is not going to be easy, but it is worth every effort. Brexit has shown that nothing less than the cohesion of the EU depends on it.

After the no doubt emotional – not to say irrational – decision of the British to leave the EU, Brexit is now the example that paradigmatically shows us the consequences of populist Europhobia. Brexit is intended to hurt. It serves as a demonstration of what we have in Europe and is meant to make palpable what is too much taken for granted. This attitude on the part of the EU negotiators is understandable. But is it also the right attitude?

The result of the referendum was extremely close. So far all attempts to implement it have lacked the necessary parliamentary support. The situation is deadlocked. With all due respect for the result of a democratic vote, the EU should help the UK to make an about-turn rather than having it constantly run into a wall.

During the euro crisis, the EU also displayed patience with heavily indebted Greece. We should spare no effort to hang on to the UK. Or at least to assist it with a pragmatic Brexit rather than solely focusing on the learning effect of a painful exit from the EU.

Europe must be a direct experience
The fault lines in society run between those who gain from modernisation and the losers of globalisation and digitalisation, between those who believe in and those who are sceptical of progress. The EU is clearly located on the side of the winners in this conflict. There is a European “sense of union”.

It tends to be urban, educated and well-to-do. However, this ‘sense of union’ must also extend to the rest of us. Europe is not merely a pet project of the elites, glorified in state-supporting speeches, again and again invoked as the project of the century and a guarantor of peace. Self-referential pathos won’t do. The EU must be experienced as an opportunity and an entity that offers protection in the cooperation among the nation states and their specific identities.

About Tina Müller
Tina Müller, born in 1968 in Bad Neuenahr-Ahrweiler, has been CEO of Douglas GmbH, the leading beauty retailer in Europe based in Düsseldorf, since November 2017. Previously she was responsible as Managing Director Marketing and Chief Marketing Officer (CMO) of Opel Automobile GmbH for the entire strategic brand and product management of the automobile manufacturer from 2013 to 2017. Under her leadership, the company launched the award-winning “Umparken im Kopf” campaign.
After studying business administration and economics at the Universities of Trier and Lyon, Tina Müller began her career in the cosmetics industry with the cosmetics group L’Oréal in 1993. One year later she moved to Wella AG in Darmstadt before joining the consumer goods manufacturer Henkel KGaA in 1995.
There she worked for 17 years in the beauty care sector – including as Global Chief Marketing Officer (CMO) and most recently as Corporate Senior Vice President for the Western Europe region from 2012 to 2013. Among other, she was involved in the international development of the Schwarzkopf brand and the launch of the then new hair cosmetics brand Syoss. While working, she completed courses at Harvard Business School and later at Stanford University.
In 2017, Tina Müller was named “Riser of the Year” by the Handelsblatt. In 2018 she was included in the list of the 100 most influential female managers published annually by Manager Magazin. 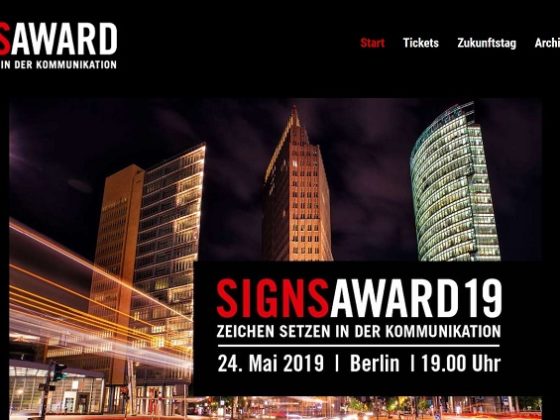 RT @vonderleyen: Today we propose to make 2022 the 🇪🇺 Year of Youth, to honour the generation that has sacrificed the most during the pande…
8 days ago
Follow