On Monday, May 6, three weeks before the European Parliament elections, the book “Europa kann es besser” (Europe Can Do Better) was presented at ESMT Berlin in the presence of CDU chairman Annegret Kramp-Karrenbauer. The project, a cooperation between United Europe and the German newspaper Handelsblatt, features articles written by 30 authors from DAX companies, medium-sized companies and start-ups that offer a wide range of solutions for a competitive Europe.

The guests, who numbered more than 200, were welcomed by Jörg Rocholl, director of ESMT Berlin, and Wolfgang Schüssel, president of United Europe e.V.

In his welcoming speech, Schüssel said that the question was not whether one was an optimist or a pessimist. Much more interesting is the fact that “we should be positivists who make the ideas contained in the book possible”.
CDU leader Kramp-Karrenbauer then introduced the book with a keynote speech on Europe. She stressed that the subject of Europe was important to her personally and that her speech went “beyond normal courtesy”. She said that her words came from a place of “deep conviction”.

The question is whether we still want to play a role in Europe in the future – and how we can strengthen this vision of Europe. In addition to major projects such as security, defence and freedom, we are also asked to consider “how we can defend Schengen internally and externally as a concept for open borders and thereby create acceptance for the future”.

The book is a very exciting response to this question, not because its individual chapters are confined to simply saying that we are all pro-Europeans – which they are not – but “instead because it clearly states where the challenges are to be found, where progress has already been made, and where there is still some catching up to do”.
Among other essential points, Kramp-Karrenbauer stressed how important it is to strengthen innovation in Europe in order to stand up to the United States and China. She warned against individual nations in the EU attempting to ‘go it alone’, for example in matters of climate protection. Because it is important for the solution to be European, cooperation between the EU member states is needed here. “If there is one issue that needs to be tackled globally and Europe-wide, it is the fight against climate change,” said Kramp-Karrenbauer. However, according to the Handelsblatt, although demands such as this often appear in print, it is also emphasised how little has actually happened. This is reflected in Sven Afhüppe’s criticism in his opening speech: “There is no lack of knowledge; there is a lack of implementation.”

According to Kramp-Karrenbauer, the book arrives at the right time and with the right ideas. It is not a question of whether we want ‘more’ or ‘less’ Europe; the general sentiment regarding Europe as a whole was positive. Instead, the issue lies in making the label ‘Made in Europe’ apply not only to goods and products, but also to positive achievements, values and principles.

Those who want to strengthen Europe must tell a story, said Deutsche Bahn CEO Richard Lutz in the subsequent panel debate, in which he discussed Kramp-Karrenbauer’s speech and Europe with Ingrid Hengster of the Kreditanstalt für Wiederaufbau management board, manager Simone Menne and United Europe founder Jürgen Großmann.

“The topic of Europe must be emotionally charged,” Lutz noted. Inspiring young people – who perhaps take peace, prosperity and freedom for granted – to embrace the concept of ‘Europe’ is essential. The panellists see strengthening Europe as another priority.

Hengster called for a more socially equitable balance in the EU in order to help regions with weak growth and to offer people opportunities in their home countries. Simone Menne goes even further, advocating the “abolition of nation states” and seeing a common European tax and social-welfare policy as a step towards this goal.

Großmann, on the other hand, warns against too much zest for action. The dream of a ‘United States of Europe’ is not feasible, in his opinion. But he also sees it as the task of politics to spark new enthusiasm. “Enthusiasm is important. But we must also make the facts of why it is important to fight for Europe clear to ordinary people.” Above all, Europe needs leaders – not just in the political sphere, but in sports as well. “We need someone like Jürgen Klopp, for example,” Großmann says. “In Great Britain, he made more people vote for Remain than many politicians could.”

All textes of the book will be published until the European elections in English and German on the website of United Europe and Handelsblatt Online.
The German edition of the book is available here. 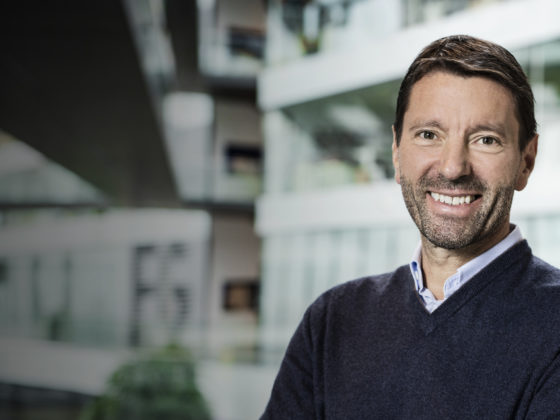 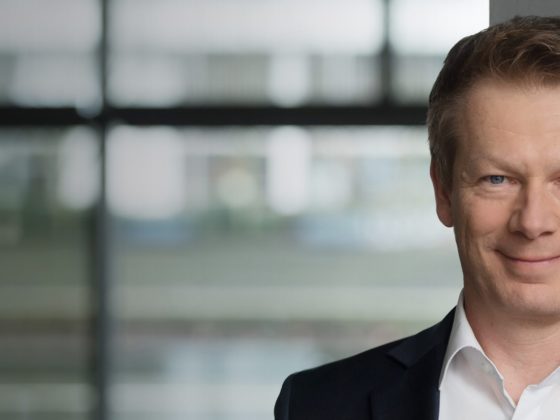 „Europe can take a leading role in shaping the economic and social future. We have to think about Europe as a whole, and present our unique strengths confidently on the global stage.“