“It’s not a wake-up call for Europe that is needed, but a wake-up call from Europe”, writes Ralf Wintergerst, CEO of Giesecke+Devrient, in his essay to our series of articles “Europe can do better. How our continent finds new strength. A wake-up call from economy” which was initiated by Handelsblatt and United Europe. “Europe can take a leading role in shaping the economic and social future. For this to happen, we have to again think about Europe as a whole, and present our unique strengths confidently on the global stage.”

Society is currently being influenced by many diverse and simultaneous changes: political and economic revolutions, digitalization and rapid technological developments, global financial instability and advancing climate change are just a few of the most pressing issues.

In these times, how can countries and institutions – but also companies – still be led effectively? How can we make sense of today’s complexity? The political populism that has been gaining momentum in recent years offers simple – but unrealistic – answers. Withdrawal and nationalism are not answers to the far-reaching social and economic changes that will take place, for example, as a result of advancing digitalization and artificial intelligence. Nonetheless, in the face of increasingly complicated global contexts, growing political frustration and a sense of overload are recognizable.

That brings us to a pivotal question for Germany and Europe: Are we adequately addressing the societal changes and underlying circumstances? I would say that so far, the answer is no. Without an understanding of the correlations, we ultimately cannot develop any awareness of new paths or solutions. This is by no means a new issue. For renowned German philosopher Immanuel Kant it was a major problem that people quickly surrender to their fates, and in so doing put themselves into a situation of dependence. With that in mind, I would like to focus on two issues that can and should guide us Europeans in setting the course for the future.
The first is the protection of values and individual self-determination, and the second is the strengthening of economic power in the European region. Why are these aspects important, and why must the countries of Europe implement them together and in unity?

A new course for a changed world
Changes are usually multi-dimensional. A most obvious contemporary example is the rapidly advancing digitalization, which affects all areas of life. In a positive sense, the result of these developments is phenomenal: Within seconds, all human knowledge can be accessed via web platforms. Connecting with other people is easy, quick and boundless thanks to user-friendly apps. New business models have seen companies spring up from nothing, virtually overnight. In some cases, however, the simple use of digital applications is causing existing products and services to disappear. Social networks have revolutionized communications and media perception. The Internet of Things is invading our living rooms and factory floors, and artificial intelligence (AI) is advancing relentlessly, in areas from machine translation to autonomous cars. In the field of medical technology, recognition of patterns and not clearly defined pathologies is opening new possibilities for healing and recovery. Undoubtedly, digitalization and AI offer tremendous opportunities and possibilities.

However, there are also negative aspects to this rapid technological progress: data collection is leading to data misuse; IT infrastructures are being manipulated by cyberattacks; and the dark web operates as a trading platform for criminals. Two examples illustrate social consequences of the digital world.

An ever-increasing number of people communicate and connect via social media. In China, more than 800 million people now use the WeChat app. WeChat is described as “China’s social operating system,” because it is not used just for chatting, but also, for example, to make payments, book taxis and order food. Meanwhile, users can use the app to assess one another in the form of an evaluation. These evaluations are used to generate rating scales, which in turn enable conclusions to be drawn about the behavior and lifestyle of the individual being rated – information which is already being used in the issuing of loans. Where is this social monitoring leading to?

For the second example of social consequences I would like to highlight the vulnerability of people in the digital world. In centuries past, the availability and distribution of information allowed people to form opinions, which put them in a position to examine various issues critically. Certainly, the digital world supports greater availability of information. Never before have people been so readily able to access such immense volumes of information and knowledge. And yet, the very structure of digital platforms, and the aggregation of data that they facilitate, create the opportunity to falsify and manipulate information. The user’s ability to judge and to critically evaluate decrease. The result is control and restriction of informational self-determination. We are moving from a phase governed by critical discernment to one of excessive control.

This development accompanied by the already described consequences for society stands in diametrical opposition to the fundamental values of Europe and Germany. These values are founded on the basis of security ensured by the state, property, freedom of action, and the dignity and self-determination of the individual. From a historical perspective, the cost of attaining these values has been very high, which makes them all the more valuable.

Europe focuses on the dignity of its citizens
Human rights and the inviolability of human dignity are enshrined in our laws and our constitution. This raises the question of how Europe and Germany can redefine their pluralism, their inventiveness and their productivity in the digital age – without losing sight of their fundamental liberal and democratic values. The matter can be addressed from several starting points, which, when developed in connection with European allies, become stronger than if pursued individually by each country.

People in Europe must be given the possibility to protect their identities, even in the digital age. To this end, it is crucial to raise awareness of informational self-determination, and establish it firmly through practicable implementation. The strict legal framework we already have for the protection of informational self-determination, including the safeguarding of digital identities, could only have ever originated in Europe. It is distinctively different than data protection and the protection of digital identities in the United States and China. We are advancing, as it were, to the “land of the digitally free.”

Europe must pool its strengths
However, we cannot settle with just protecting informational self-determination, as digitalization has revealed another challenge facing every single country in Europe: To remain competitive, to play in the big leagues economically, and to take an influential position on digital platforms, we need to pool our strengths across the entire European Economic Area. In order to do this, Europe needs a clear, active industrial policy with concrete results and a focus on future technologies. The current fragmentation and compromises in economic policy hardly serve to strengthen the European economy and fail to recognize the enormous potential that exists here. Relaxation and modification of the mergers and anti-trust law would be an important first step. Targeted support and the use of key technologies from Europe for Europe would also strengthen the European market.

A new course from Europe
Therefore, it’s not a wake-up call for Europe that is needed, but a wake-up call from Europe. Europe has to develop an awareness for its future role as a leader and present its unique strengths confidently on the global stage.
In this sense, Europe can be the world region that stands as a beacon of digital self-determination for every citizen, and which opposes the dogma of digital mass control.

Achieving this requires courage to join forces to withstand the strong competition from other continents. By consolidating our strengths within Europe and in Europe’s interest, we can maintain our competitiveness. Implementation can be easy: reduce and simplify the sometimes absurd regulation.

After all, despite all its problems and challenges, Europe today stands as the continent in which people have the power to shape their own lives – even if it is not always an easy task. In any case, under no circumstances do I wish to see an agenda of control in Europe.

About Ralf Wintergerst:
Ralf Wintergerst is Chairman of the Management Board and CEO of Giesecke+Devrient (G+D). He is thus head of one of the world’s leading security technology companies. He began his career there in 1998 as Director of the international subsidiaries of the former “Cards and Services” division. Between 1999 and 2005, he held various management positions in the Banknote Processing Systems Division until he took over its management in 2006. He has been a member of the Management Board since 2013. In 2016, he was appointed Chairman of the Management Board and CEO.
In addition to his role at G+D, Wintergerst is Chairman of the Supervisory Board of secunet Security Networks AG. In addition, he holds various positions related to IT security issues, including member of the advisory board of the Cyber Defense Institute of the Bundeswehr University in Munich and co-chair of the digital summit platform “Security, Protection and Trust” of the Federal Ministry of the Interior.
Born in Niederrhein, he studied business administration and holds a master’s degree in management as well as in politics, philosophy and economics. In lectures and public appearances he often bridges the gap between technological progress in the digital age and the effects on society and our understanding of security.
Ralf Wintergerst was already enthusiastic about karate as a martial art at a young age and worked on his career as a competitive athlete with talent, discipline and willpower. He was German champion four times and won the European championship in Athens in 1990. The international competitions and many journeys aroused his interest for other countries and cultures and his fascination for the diversity of peoples and ways of life. Experiences on his travels today as CEO and the cooperation with colleagues from all over the world always remain his inspiration for his work and his openness for different things and changes.
Ralf Wintergerst is married, family father and lives in Munich. 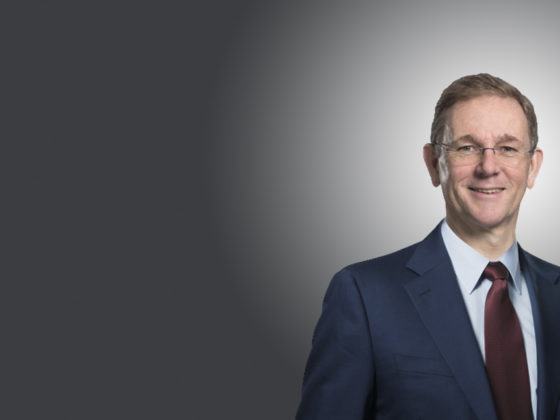 Peter Oswald: A plea for “Made in Europe” 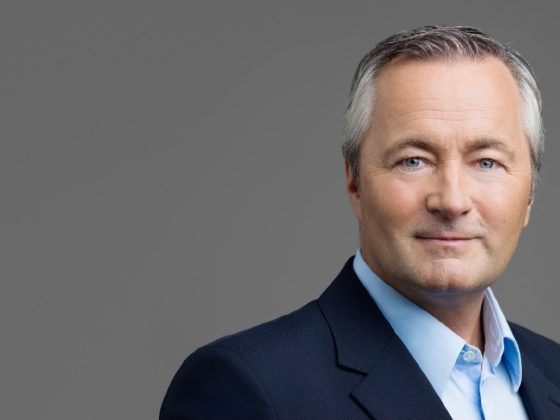 Hannes Ametsreiter: How to invent the United Digital States of Europe?

„The European Elections will require a resounding plebiscite to compel national parties to take a stand on the European model they want and to ignite debates on this model on the political stage.“