“Europe finally needs an answer to the US digital model”, writes Dr. Hannes Amestreiter, CEO Vodafone Germany, in his essay to our series of articles “Europe can do better. How our continent finds new strength. A wake-up call from economy” which was initiated by Handelsblatt and United Europe. “Governments should therefore invest in digitisation and technology.”

For me, Europe embodies a sense of boundlessness. I see it as a networked and connected union of states that share a common vision. Recent populist and nationalist trends have no place here. The people of Europe should be able to take human rights, equality of opportunity and social responsibility for granted – and the same applies to free access to knowledge and the media.

The internet wasn’t invented for the Germans or the Spanish or the British. It was invented for the global community as a platform for sharing information, doing business and communicating across geographic and cultural borders – faster and more efficiently than ever before. The idea of a “United States of Europe” is inherent to the nature of the internet because the internet has no national borders. Why, then, are we on the brink of establishing boundaries in our digital infrastructure?

Digital infrastructure: data are the building blocks of the future
For many years – decades even – the world’s trading powers looked up to Europe with envy; and we are still one of the wealthiest continents on Earth.

We have the largest single market, the second most widely used currency and we’re a global leader in renewable energy. Our manufacturing, agricultural and services industries are flourishing. But what use is that to us when the building blocks of our future prosperity are digital data, not analogue steel? We lost our “best in class” status a long time ago, and we’re dragging our feet when it comes to digital infrastructure. We’ve forgotten what it means to play an active role in shaping our future. We’ve manoeuvred ourselves onto the analogue “holding track” and now we’re watching the other nations overtaking us in the broadband deployment process. The European Commission put an important cornerstone in place for Europe’s gigabit future in 2016 – long before the EU Member States even tabled the issue. The new European order puts monopolists who are attempting to turn back the competition situation by two decades and hinder progress in Europe in their places. It puts a clear focus on genuine future technologies such as cable, fibre and 5G. And it rules out bridging technologies like vectoring when future technologies such as fibre are available. The European Commission’s 5G Action Plan is another important strategic initiative for EU-wide 5G deployment.

If Europe is to achieve the dream of being at the forefront of digital connectivity, we need common broadband targets for all EU Member States and a common framework that promotes competition and fosters investments. We also need substantial rather than superficial investments. The government builds motorways so that it makes economic sense to sell cars, so why isn’t it building a framework for broadband infrastructure deployment that it makes economic sense to invest in? Such an infrastructure will depend on the coordinated allocation of 5G frequencies by 2020 because mobile radio signals don’t stop at geographic borders.

We have to achieve this together: as Europe. Pacts and programmes are no use to us if we reinstate long-abolished physical borders in the digital world. If the EU Member States all have different starting points, how can they possibly achieve a common digital objective? Imagine what it would mean in a united Europe if self-driving cars had to turn back at the national borders because the infrastructure on the other side didn’t support them. We Member States have to join forces and multiply our possibilities.

Digital entrepreneurs: let’s include startups in the future debate
We need system connectivity across all Member States. This will only be possible with an EU-wide digital single market in addition to the analogue single market. I believe that the free flow of data should be the fifth democratic pillar.

To make it work we need a European answer to the American digital model: a model that empowers us to reduce the dominance and influence of the Googles, Amazons and Facebooks of this world. I’m not saying we have to build a Google Europe. We need a European solution. There is so much talk about how startups enrich the world of business with their agility and innovativeness. So why aren’t we boldly investing in them – and engaging with them in the public debate about our digital future? In the past the government and the major corporations have written the digital transformation narrative. Now it’s time for a mental transformation towards an inclusive, European digital growth model. We have to invest more venture capital to prevent Europe from becoming a subcontractor to the USA or China. And we have to create equality of access to the entire European territory for startups.

Then we can make ideas happen. And prevent those ideas and the startup entrepreneurs from wandering over to the other side of the pond. Ideas always go where the money is, because it takes money to realise them. All too often that money isn’t in Europe. In fact, Europe only spends around a quarter of the USA’s venture capital expenditure. Why doesn’t the largest single market in the world set up one of the largest startup funds in the world and make what I believe would be a very worthwhile investment in Europe’s future?

Digital optimism: we need more digital confidence
Looking at the wider picture beyond Europe it’s hard not to feel pessimistic. But we shouldn’t. We need more digital optimism and more confidence. We need a positive future vision for a digital Europe. As things stand, scepticism prevails over confidence. In a study conducted by the Vodafone Institute not even half of respondents are positive about the future when it comes to the use of digital technologies – partly as a result of the concentration of power in the hands of a few digital giants.

We need both consensus and a code to ensure that machine serves man and not vice-versa. They have to be firmly anchored and communicated to the public. If we cannot gain the acceptance of the people in whose hands the future of Europe will rest, we will never catch up with the other world powers. One thing that particularly concerns me is the fact that we Europeans don’t actually trust our political institutions to prepare for the digital future.

Only 40 percent of Europeans believe that their governments are committed to supporting the digital transformation. And only one-third are confident that those governments have the requisite skills. Although we are completely underperforming on our digital potential compared to the USA and India, one thing does unite us as Europeans. We see our governments as the main guardians of ethical principles. More than one out of two Europeans believe that governments should be sanctioning unethical behaviour in the digital age – not technology companies.

We, as individuals, make up the state. So what the state makes out of Europe is in our hands. We can either steer our continent into the fast lane. Or allow it to spend its future in the digital layby with all the associated negative consequences for business, prosperity and sovereignty. Do we really want to be explaining to our kids in ten years’ time how we threw away Europe’s future, rather than how we saved Europe in 2019? This continent and the European idea need us today more than ever before.

About Dr. Hannes Ametsreiter:
Dr. Hannes Ametsreiter (born 1967) has been CEO of Vodafone Germany and member of the global Vodafone Group’s Executive Committee since 1 October 2015. Born in Salzburg, the reputed telecommunications manager has more than 20 years of telecoms experience in convergent markets and outstanding expertise in marketing and brand management. He played an instrumental role in positioning Vodafone as a gigabit company and restoring growth by introducing increasingly fast speeds, convergent solutions and attractive products that integrate mobile,fixed, internet and TV. Before joining Vodafone, Dr Ametsreiter served for 6 years as Chairman of the Management Board and Chief Executive Officer of the Telekom Austria Group, and was also CEO of A1 Telekom, a company created through the merger of Mobilkom Austria AG and Telekom Austria TA AG. He also has longstanding experience in corporate finance. The Vodafone Germany CEO is married 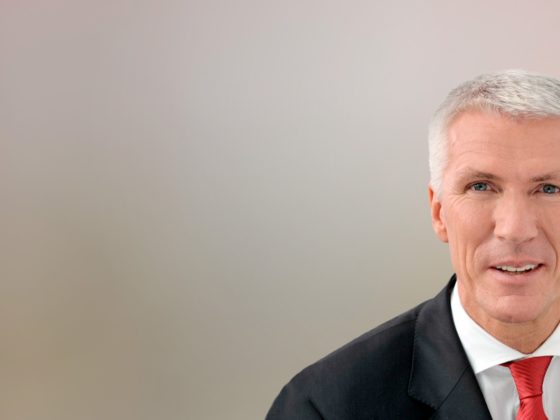 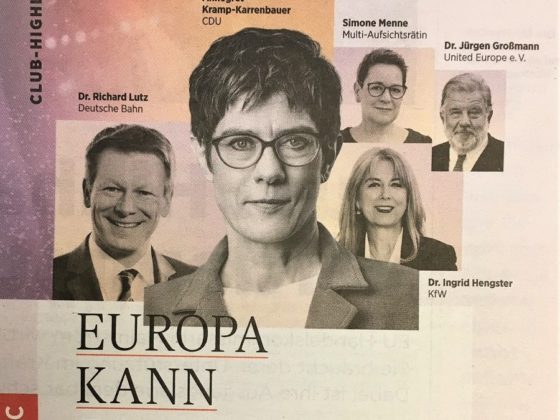 RT @EU_Commission: The conflict in the Tigray region has exacerbated an already difficult situation in Ethiopia. New funding of €53.7 mill…
11 hours ago
Follow