“Europe needs innovation to remain attractive in the global race”, writes Hans Van Bylen, CEO of Henkel AG & Co. KGaA. “Because economic success creates jobs and prosperity.” His text is part of the article series “Europe can do better. How our continent finds new strange. A wake-up call from economy” which was initiated by Handelsblatt and United Europe.

If there was one good thing to come out of the United Kingdom’s Brexit vote in June 2016, it was the following realization: more EU citizens now have a better understanding of how deeply interconnected and interdependent the people and companies within the European Union’s member states are. It took the practical challenge of removing an important country relatively quickly from a web of common rules and standards that developed over many decades, to bring to light the full extent of the benefits and efficiency gains arising from the common internal market.
The controversy over trade imbalances, the threat of tariffs and other measures in the global economic triangle between the United States, China and the EU, have added to this and further raised public awareness for the importance of building a united Europe that is capable of taking concerted action.

It is certainly an oversimplification to reduce the power of a united Europe to economic policy considerations. Security policy, international understanding, cultural aspects and many other questions are at least as important.
In the end, though, it is economic prosperity and the jobs and income associated with it that create the financial conditions and broad social acceptance for cooperation in other areas. Economic prosperity also helps to reduce inequalities through targeted measures – between national economies and between the social groups or classes within individual countries. This idea was also a driving force behind the founding of the European Economic Community (EEC) in the 1950s. The dense web of economic interconnection was designed to foster prosperity and avoid conflicts. This larger common market was expected to accelerate growth and thereby increase the economic welfare of Europe’s citizens.

The question of whether it was successful is now settled – even if this fact frequently recedes into the background of public perception. Today, the European Union is home to more than half a billion people. Measured by gross domestic product, the EU is the world’s largest economy, ahead of China and the United States. Industry, which represents over 50 million jobs, is an important contributor to wealth and employment in Europe.

To ensure that it remains this way over the long term, businesses and their employees have a shared interest in preserving and strengthening the internal market, as well as in boosting competitiveness in the international arena.
Despite its many achievements, the EU still needs to evolve institutionally, and in particular with respect to its industrial policy. Europe needs reforms to make its economy even stronger and more attractive in the increasingly competitive global market.

Technological change, requirements for sustainable business practices and tense international trade relations are posing major challenges for companies and policymakers. That’s why the next European Commission should undertake a strategic overhaul of its industrial policy. The core of its strategy must be to foster the innovative power and competitiveness of Europe’s companies, and of its industry in particular. The key here will be to use the right mix of instruments: to create even better incentives for innovation, to guarantee a secure and affordable energy supply and to maintain a competitive company taxation system as well as good infrastructure. A response also needs to be found to the current geopolitical and trade-related tensions.

Global competition and innovation
European policymakers should view industry as a partner with which to develop the solutions to the challenges of the future. Be it in the field of climate protection, developing modern and sustainable transportation systems, feeding a growing global population or even healthcare: industrial companies can contribute to meeting these major global needs with their innovative products, materials, technologies and applications.

Speed is a key success factor in the global competition. There is a race going on between the world’s nations and regions to secure the best position for the future. Innovative materials, efficient energy storage, climate-friendly mobility solutions, biotechnology, digitalization and the circular economy are important elements for the sustainable development of our global society – and for markets with strong growth, high value creation and future-proof jobs.
The EU should clearly prioritize its future resource allocation and increase research spending in these fields. The pace of global competition for innovation is increasingly being led by China and the fast-growing countries of southeast Asia. Governments there specifically support science and research with substantial financial means, and they create the regulatory leeway for speeding up innovation processes.

To turn research into marketable products, an innovation-friendly legal framework is crucial, as is the quality of the legislation and its enforcement. The EU has already sent some positive signals in this area over the past few years. The key here is that laws must be assessed with regard to their impact on competitiveness and innovative power. For many SMEs, in particular, failing to do this can amount to adding red tape that ends up hampering their development.

Pioneering climate protection and the circular economy
A forward-looking energy and climate policy are particularly important for industry in Europe. The EU Commission wants to support its ambitious climate protection goals with a strategy. “More Europe” is desirable in this area, too. The EU single market for electricity and gas should be implemented to ensure a secure supply and competitive energy prices. In addition to this, investment in climate protection should be encouraged and all sectors should be taken to task on the issue. Industry and the energy sector already meet their CO2 reduction targets through emissions trading. Since the energy-intensive chemical industry is a globally competitive field, a worldwide carbon pricing system – at least at the level of the G20 – could be an option. It would prevent Europe from ending up at a disadvantage.

The European Commission also has ambitious plans for the circular economy. It wants to position the EU as a global pioneer in this field. The circular economy means uncoupling economic growth from the consumption of finite resources. It requires observing the entire product life cycle and using the optimal solution from the technical, economic and environmental standpoint at any given time. The innovations needed to realize it also bring with them new opportunities for growth.

Advocating for open global trade – with confidence and strong values
Competitiveness and innovative power, however, are not the only things that help internationally operating companies to assert themselves on the global market. An open and rule-based world trade order is also an important precondition. The growing tensions in international trade relations underline the significance of the EU. In particular, it is thanks to its common trade policy that Europe is able to hold its ground against the economic giants that are China and the USA.

The EU should also advocate for maintaining an open global trade system in the future – with confidence and on the basis of shared values. The European Commission needs a new trade strategy in response to the USA and China’s approaches. At the same time, it must play an active part in strengthening the role of the World Trade Organization (WTO) while also continuing to enter into bilateral trade agreements. Through all of this, it is essential for the EU to address trade questions as a united front.

A strong Europe for a prosperous future
There is simply no alternative to European solutions for the political issues of the future, including climate and environmental protection, digitalization and migration. Only an economically strong EU that is capable of taking political action will be able to rise to the global challenges in the best interest of all European citizens. This also requires consistent, explicit recognition of the purpose and benefits of a united Europe in the public debate.

About Hans Van Bylen:
Hans Van Bylen is CEO of Henkel AG & Co. KGaA and President of the German Chemical Industry Association VCI.
He has been with Henkel for more than 30 years. He started his career at Henkel Belgium in 1984, followed by increasing management and geographic responsibilities in the Netherlands, for Benelux, France, Western Europe, Africa/Middle East, North America, Asia Pacific, and Latin America. Before becoming CEO of Henkel, he was on the Management Board for over 10 years, and has extensive international experience in the consumer and industrial business. Hans Van Bylen was born in Belgium and is married with three children. He is fluent in English, German, French, and Dutch. He completed his degree in Business Economics and Master of Business Administration (MBA) at the University of Antwerp. Hans Van Bylen has also completed numerous executive development courses at the Harvard Business School and other prestigious institutions. Hans Van Bylen has served on boards in the US and in Germany. He is now President of the German Chemical Industry Association (VCI), which represents around 1,700 companies in the chemical industry. 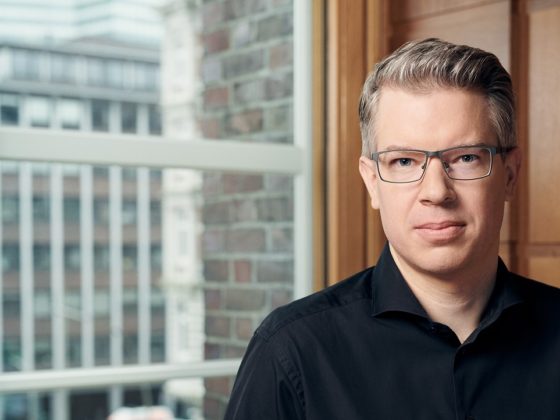 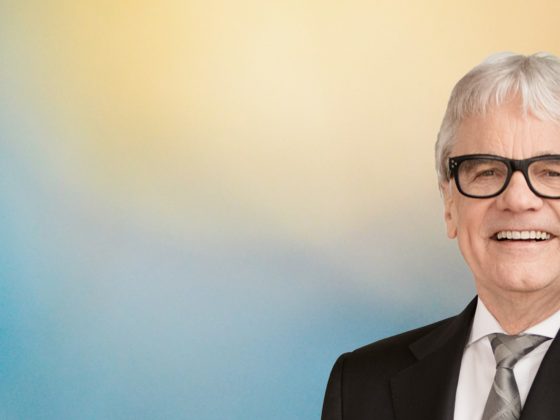