Europe risks to be left behind by the USA and China in economic competition, writes German serial entrepreneur and TV investor Frank Thelen, CEO of Freigeist. “To change that, it must show more commitment and unity.” The text is part of the article series “Europe can do better. How our continent finds new strange. A wake-up call from economy” which was initiated by Handelsblatt and United Europe.

Google, Apple, Facebook, Amazon, Microsoft, Baidu, Alibaba, Tencent – all of these major global players are based either in the United States or in China. Europe has built none of these “platforms”. And the Americans and Chinese are increasingly outstripping us in the traditional key industries as well – Tesla, for example, is showing the German automotive industry what innovation looks like and how to disruptively change established market structures. It seems Europe no longer has the answers when it comes to meeting the demands of tomorrow’s economy. And indeed, we are in danger of being left behind – with fatal consequences for us and for future generations. After all, economic competition is not the only thing demanding new answers. Rapid population growth, with its impact on the environment, comes with an entirely new set of global challenges, e.g. when it comes to generating energy or securing food. At the same time, unprecedented numbers of groundbreaking technologies have created ideal conditions for new global players.

We can only succeed in creating European champions on the world stage if we are seriously prepared to act courageously and consistently. First, we have to accept that there can be no “Keep it up! We’ve always done it this way.” A good example of this is the current discussion surrounding diesel fuel. Of course we can argue about whether the limit values for pollutants are really all based on sound scientific evidence. But there should be no doubt that consuming finite fossil fuels cannot be the solution in the long term. Yet instead of seeing this as an opportunity and investing all their energy in the development of new engines, motors and fuels, companies would rather put their engineers to work manipulating software so that emissions stay “just so” on the test bench. And politicians waste time in discussions about diesel engines. As I see it, there is no real “impact” in keeping existing diesel engines running, but companies should be forced to pay high fines that have to be invested in green technology companies. I would be happy to submit a concrete concept to this effect.

We need to develop a #10xDNA. Here I would refer to the proposed merger of the Siemens (Germany) and Alstom (France) rail divisions, which the EU Commission just blocked. Yes, it may well be that banning the merger will lead to somewhat more competition in this sector within Europe. Yet Federal Minister of Economics Affairs Peter Altmaier rightly pointed out that the really large contracts are now being awarded worldwide – and in order to be relevant here, we need a strong European player that can compete with international competitors. Europe must learn to think and act together if its companies are to survive in the face of global competition.

To put this into concrete terms, and in order to be able to correctly assess our competitive environment and the resulting challenges of the future: The European Union – still including Great Britain – is an economic area with around 500 million inhabitants and a gross domestic product of almost 19 trillion US dollars. The United States with its 325 million inhabitants actually has a slightly higher GDP.

China has a population of 1.4 billion and a GDP of 15 trillion USD with strong, sustained growth. We need to be aware of these figures when making decisions such as the one affecting the Siemens and Alstom merger. We have to view Europe as a single entity in the global competition and move away from national thinking.

The view on entrepreneurs is changing
The way we think of businesses and entrepreneurs has got to change as well. Too often they are viewed with envy and portrayed in a negative light, and failure is met with schadenfreude. And yet these companies are the ones who can shape our future and find solutions to the challenges of a changing world. Society needs to acknowledge this more forcefully.
My involvement in the start-up focused television show “Die Höhle der Löwen” (The Lion’s Den) is motivated first and foremost by a desire to positively change the way entrepreneurs are perceived. My book “Startup-DNA” aims to encourage entrepreneurs to face challenges and achieve their goals even in the face of resistance. After all, I have the impression that at least the younger generation has a brighter opinion of entrepreneurs and appreciates them as role models. Entrepreneur personalities including Elon Musk, Jeff Bezos and Steve Jobs, who unfortunately died far too early, contributed decisively to this – all of them Americans, by the way.

This, too, is no wonder, since European politics in particular has certainly not done everything it can to create the kind of entrepreneur-friendly environment that makes these types possible in the first place. The bureaucratic hurdles for start-ups, particularly in Germany, are still very high: notary appointments, entering a company in the commercial register, trade registration and of course the tax office, to name only the most important entry hurdles.

This is almost impossible to manage without expensive legal assistance. A lot would be gained simply through consistent digitalisation and simplification of these processes, e.g. via a uniform, online portal for registering a company in one step. A simpler tax law, e.g. with privileges for fledgling companies in industries of the future, would also be welcome.

Politics must respond to technological challenges
It should also be easier to hire and account for employees – current regulations are so complex that many companies wait as long as possible. Reducing bureaucracy in this area would directly boost employment.
Irrespective of these fundamental changes, policymakers must also react more quickly to new technological challenges. Trading in company shares and loans could be simplified considerably with block-chain and distributed ledger-based platforms, for example, opening up easier and faster financing opportunities for start-ups.

In fact, such platforms could even provide a secure, affordable, reputable and faster alternative to the traditional stock exchange. If legislators create appropriate legal certainty here, then the stock exchange of the future – and thus an important global player – could come from Germany. Regulatory decisions could also be taken in the field of biotechnology and the energy industry, eliminating legal uncertainties and thus streamlining the establishment of new companies. A simplified patent law would also be highly desirable in this context, as it would primarily help new companies that have yet to establish large, specialised legal departments.

But instead of initiating such simplifications and making the law fit for new technologies, considerable effort is put into drafting regulations such as the Network Enforcement Act or the General Data Protection Regulation, which are of little benefit to the individual citizen but come with serious disadvantages for the companies concerned, weakening the business location as a whole when compared to others around the world.

Is this to say Europe is doomed as a place for industry?
No, I don’t think it’s all that bad, because the basic prerequisites are good. Europe, and Germany in particular, has an excellent education system, great universities and research institutions, and an infrastructure that is much better than its reputation. But it annoys me that we are not tackling the shortcomings consistently and that not everyone, including our own population, sees the next technical revolution for the opportunity it is.

About Frank Thelen:
Frank Thelen is a European serial entrepreneur and TV investor. He has been founding and managing technology and design-driven companies since 1994. His first breakthrough came with the founding of ip.labs, the world leader in online photo services, which he sold to Fujifilm in 2008. Thelen’s products reach more than 200 million consumers in over 60 countries. Since 2010 he has invested in start-ups including MyTaxi (now Daimler), Wunderlist (now Microsoft) and kaufDa (now Axel Springer) along with his business partners Marc Sieberger and Alex Koch. Today, his venture capital firm Freigeist Capital focuses on early-stage investments in tech start-ups.
Thelen has been part of the primetime Sony-produced television programme “Shark Tank” since 2014. In 2018, at the age of 42, he published his autobiography “Startup-DNA”, which remained among the top 20 Spiegel bestsellers for nine weeks. 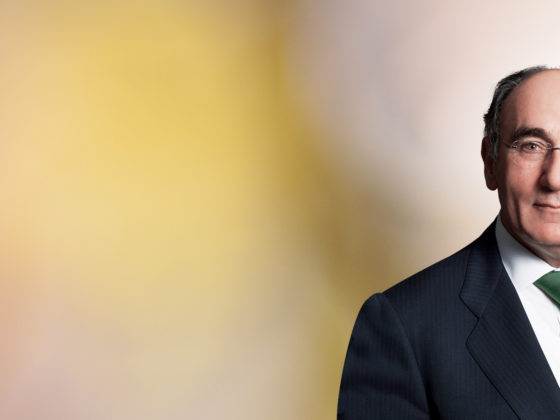 Ignacio S. Galán: The strength of a united Europe 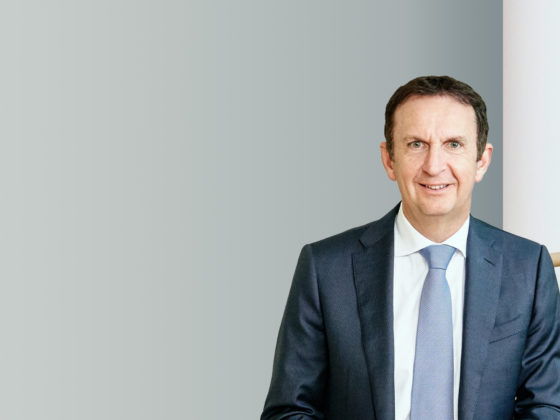