Tomorrow is the start of the article series “Europe can do better“, which was initiated by Handelsblatt and United Europe e.V.  For the first time 30 CEOs, medium-sized companies and start-up entrepreneurs – including United Europe company members Airbus, BASF, Deutsche Bahn, Giesecke & Devrient, Iberdrola, Kone, Voestalpine and the Würth Group – reflect on the future of the continent.
Today we start with a foreword of United Europe President Wolfgang Schüssel, which introduces the series:

It’s getting tedious, this constant complaining about everything Europe is failing to do. The incessant chatter as to whether the euro will hold, whether its citizens are sufficiently informed, about the Union’s alleged democratic deficit, the arrogance of Brussels elite, the growing inequality, the breakdown of our climate and environmental policies and so on and so forth … I’ve had enough of these songs of demise and destruction. It’s all just fake news!

Must the EU constantly justify itself? Must it speak to the fact that the three centuries before its foundation saw 123 wars waged between today’s members and millions and millions of deaths, and that since then we have enjoyed more than 70 years of peace and freedom? That former military dictatorships – Spain, Portugal, Greece – were integrated rather smoothly? That we welcomed almost a dozen former Communist satellites with open arms? That since the fall of the Iron Curtain some 400 billion euros, many times more than the US Marshall Plan at the time, have flowed into the new member states to build their economies and institutions in a huge effort of solidarity?

The euro has also proved its worth many times over, especially during the financial crisis. It has meanwhile risen to become the world’s second most important reserve currency, on a par with the United States in terms of trading volume. The eurozone has saved 1.4 trillion euros in interest rates since the financial crisis. All of its countries are out of crisis mode; they comply with the deficit rules, have created 14 million additional jobs and form the strongest economic zone in the world with the densest global free trade network.

And honestly, although no democracy in the world is perfect, Europe’s democracy remains a beacon in a slowly darkening geopolitical world. Freedom House designated 12 per cent of states “not free” in 1990; that figure has risen to one-third today, and in five years it could be true of more than half. This is an interesting challenge for the 7 percent of the world’s population who live on only 3 percent of the earth’s land mass but have to pay for about half of social benefits around the globe. The competition doesn’t sleep – unpredictable USA, emerging China, shifting Russia, dominant tech giants…

So what are we to do? Concentrate on our strengths. Bolster the internal market – in terms of services, digitisation, standard setting, energy supply. Secure the eurozone through a functioning banking union, an EU Monetary Fund, and supportive export credits in future markets such as Africa and Asia. Maintain a strong European voice in foreign and security policy. Send our best to the EU institutions (Council, Parliament, Commission).

And last but not least – democracies need democrats and Europe needs Europeans who affirm and defend this idea with passion. Two years ago I heard Shimon Peres, the great President of Israel, make an emotional plea: “Europe? For a long time it was just a small, hate driven continent, that now is not even aware of the success story of the last decades. Your income today is fifty times higher than it was in 1955 … Even the poorest among you now have water, food, housing. And you have developed something sensational – a ‘collective brain’. The European dream of competitiveness, of social cohesion, of environmental sustainability lives and is respected throughout the world.” It was in this spirit that he protested “against the prevailing pessimistic mood in the name of all optimists. History is the most optimistic thing in our lives!” That was his last message. A stroke took him a few days later. His words are precious and must not be forgotten!

About Dr Wolfgang Schüssel:
Dr Wolfgang Schüssel, born on 7 June 1945, was Federal Chancellor of the Republic of Austria from 2000 to 2007. Before his time as Chancellor, Schüssel served in various federal administrations as Economics Minister, Foreign Minister and Vice Chancellor. In 1995 he took over the chairmanship of the Austrian People’s Party. It achieved its best result in almost four decades in the 2002 elections and became the strongest party in the National Council.
Schüssel remained a member of the National Council until 2011, four years after his term in office ended. He is President of the Foreign Policy and United Nations Association of Austria, Chairman of the Board of Trustees for the Konrad Adenauer Foundation, member of the Board of Trustees for the Allensbach Institute for Survey Research and a member of the supervisory boards for RWE and MTS. He co-founded United Europe e.V. with Jürgen Großmann in 2013. Born in Vienna, he attended the renowned Schottengymnasium in his native city before studying economics and law. 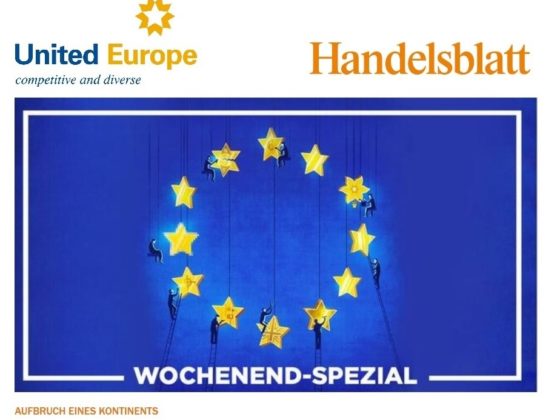 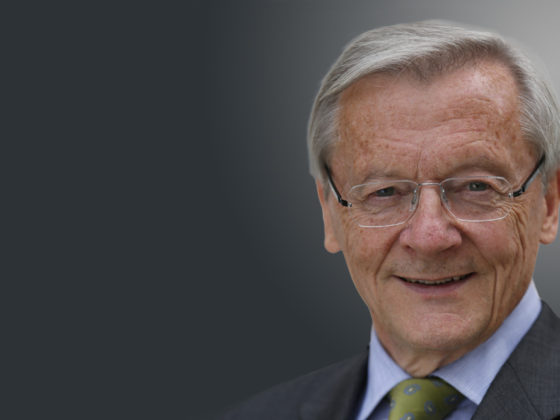