Europe today has a problem. To solve this problem, it is necessary to set in motion a series of events to prevent traditional nationalism from imprisoning it in a kind of horseshoed political system, wherein the axes of left and right meet, thereby capturing the so-called political centre of the system.
It is in this context a question arises: What is Europe’s strategic thinking at this moment? 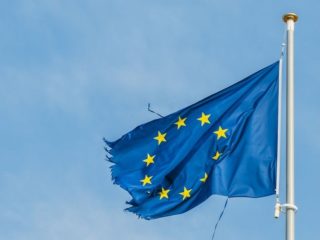 We are living in a difficult period, with political uncertainties in Germany, France experiencing serious social upheaval and the United Kingdom descending further into the Brexit crisis.
On the other hand, global international politics has changed.

We know that China has a strategy that is thought to include expansion or wider influence throughout the world. In the United States, we witness precisely the opposite with the consecration of the “America First” policy and a country turned within its borders.

The changes in Washington since Donald Trump’s arrival at the White House are the background to this new European concern. Until recently, Europe could do business with China because the US could be relied upon to ensure stability and security in the Asia-Pacific region and to “contain” the emerging “superpower.” Trump’s entry into the picture opens a period of uncertainty that is much more demanding for Europeans. Still looking for a strategy for China that must be balanced and avoids radical positions.

If we want to avoid rolling back the European project, European governance will have to deal with this new problem.
The problems of the EU are neither institutional nor problems of communication as networks continue to work. The problem is in weak political leadership, where each country wants to speak for itself.

Europe must discover new paths and overcome new challenges in a difficult environment by solving problems, not at national level within its mosaic of countries, but rather with the emergence of supranational European institutions. These institutions will have to offer a new and strategic way of thinking, to which the various European nations will have to adjust, even at the risk of weakening Europe as a whole and in a world that sometimes seems chaotic.
In this context, the next European elections take on even more significance for the future of the European project. It will require a resounding plebiscite to compel national parties to take a stand on the European model they want and to ignite debates on this model on the political stage.

For the first time in the history of Europe, its citizens are welcome to decide the present and the future, the right or the uncertain, knowing that no matter how much they protest, nothing is more favourable than what their current Union offers them.