Dr. Jorge Antas de Barros, Honorary Consul and member of United Europe, has thought about the experiences of his home country Portugal, how it survived the crisis and where it stands today. The result is a very interesting, well-founded text on a country that has – wrongly – received little attention in the current EU debate.

Portugal’s experience of the euro crisis was a nasty hybrid of Greece and Italy. Yet today it’s doing far better than both.
The country’s job market, for instance, looks better now than at any point since the data begin in the mid-1990s:
This experience is almost unique within the euro area. From the perspective of the share of people with a job, Portugal looks much more like Germany than, say, Spain.

The economy’s improvement in the past few years has also supported a huge shift in the government’s fiscal position. Excluding the lumpy series known as “other capital transfers”, Portuguese general government net lending has tightened from -10 per cent of gross domestic product to essentially zero by the end of 2017.
Essentially none of this can be explained by changes in interest costs. Those have only dropped by one percentage point of GDP since the worst of the crisis. Despite the European Central Bank’s bond-buying, the Portuguese government is still paying a larger share of the country’s economic output in interest than it was in 2010:
There is no single reason why Portugal has (sort of) succeeded where others failed, but we’re going to try to explain the main points.

First, some context.
Like Greece, Portugal had spent the pre-crisis period amassing foreign debts in a currency the government couldn’t print. In anticipation of joining the euro, Portugal’s current account deficit widened from essentially zero to an average of 8 per cent of GDP in 1999 – 2007.
Over the same period, external debt ballooned to roughly 200 per cent of GDP, driven primarily by banks raising money abroad to fund domestic mortgages.
Portuguese household indebtedness soared from about 50 per cent of disposable income in 1995 to about 150 per cent by 2007. This made Portugal extremely vulnerable. When private foreign financing disappeared, the country was forced to appeal to the European “institutions” and the IMF for loans. These official creditors were barely sufficient to replace private lenders. Portugal’s external debts peaked at around €415bn in 2010, the same year as the first programme.

Despite all this, Portugal, like Italy, didn’t enjoy a pre-crisis boom. Portugal’s economy grew just 6 per cent between the beginning of 2002 and the beginning of 2008. The result is that while Portugal’s depression was relatively shallower than Greece’s, the two countries both ended up back where they were at the start of the millennium by the trough in 2013.
The net effect has been a disaster. Real domestic demand at the end of 2017 was about 25 per cent smaller than it would have been had the country continued to grow in line with its 2003 –2007 trend, and a staggering 59 per cent smaller than it would have been if growth had continued along the 1995 – 1999 trend.

So what explains Portugal’s relatively healthy job market and fiscal position?
Part of the explanation is that overall economic performance has done much better than domestic demand. While consumption and investment are still in a funk, export revenues have grown by more than half since 2008. At the same time, imports have grown by only a tenth – and all of that growth was in 2017. The result is that the net trade position has improved by about €20bn, or more than 10 per cent of Portugal’s GDP:
Anecdotally, tourism seems like it should be a big part of the story. It sometimes feels hard to find someone who hasn’t recently holidayed in Portugal. The data partly corroborate this hypothesis. Net exports of travel and transportation services rose from a little over €6bn in 2008 to about €14bn in 2017. In other words, a little more than a third of the total improvement in the trade balance can be explained by the growing appeal of Lisbon, Sintra, the Algarve, the Douro, etc.

However, tourism already accounted for about 21 per cent of export revenues in 2008. The tourism boom is impressive, but only slightly more impressive than the boom in Portugal’s otherexports. Portuguese earnings from selling goods to the rest of the world — particularly manufactures related to the Iberian motor vehicle supply chain — grew by more than 40 per cent from 2008 through 2017:
The recent boom in domestic demand has led to a boom in imports and a modest deterioration in the trade balance excluding travel and transportation. Fortunately for Portugal, tourism revenues have increased enough to offset this:
That gets to the next part of the story: the ECB’s belated efforts to end the financial crisis and the ensuing recovery in domestic spending on investment and durable goods.

Between 1995 and 2001, inflation-adjusted investment spending grew by nearly 60 per cent, or about 7 per cent each year. This was unsustainable and associated with a massive increase in borrowing as real interest rates fell. Once Portugal actually joined the euro, investment spending fell sharply and never recovered.

The crisis made things even worse. By the time of the trough in 2013, real investment spending in Portugal was 12 per lower than it had been in the mid-1990s:
There have been some interesting shifts in the composition of investment during this period.
First, essentially all of the growth since 2013 has come from the nonfinancial corporate sector. Both infrastructure spending and homebuilding have remained depressed at roughly half their pre-crisis levels:
If you believe that business capex is more likely to boost productivity — and therefore longer-run growth — than other forms of investment, this should be good news for Portugal in the years ahead.

Another way to visualize these compositional shifts is to look at investment spending by category. Construction is still the biggest chunk, but its importance has shrunk dramatically as businesses spend more on machinery, equipment, and software:
The recovery in investment has been accompanied a major recovery in household spending on big-ticket items such as cars, appliances, and furniture. This category of consumption has grown by about 76 per cent since the start of 2013.

The ECB, which deserves a large chunk of the blame for the severity of Portugal’s crisis, also deserves credit for this snap-back.
As in many other European countries, businesses in Portugal are heavily dependent on local banks for financing. Those banks, in turn, often hold large amounts of local sovereign bonds and often fund themselves by borrowing from foreign savers.
Whether or not this model is a good idea in “normal” times, it was a disaster once European officials decided they would respond to the financial crisis by inserting credit risk into the European sovereign debt market. (This idea, which is ludicrous and dangerous without the creation of some new safe asset to replace national government bonds, remains on the policy agenda.)

One result was that Portuguese bonds lost value. Portuguese banks were no longer able to use those assets as collateral to fund their borrowing, or at least not nearly as much as they used to.
The banks responded by strangling credit supply to their borrowers. (Unsurprisingly, the businesses with the most debt, particularly short-term debt, were the ones that got hit the hardest.) As a recent research paper from the Bank of Portugal puts it:
Firms whose lenders depend more on funding obtained in the financial and interbank markets present lower investment after 2009, in comparison with the previous years. We find that, on average, a one standard-deviation increase in lenders’ interbank funding leads to around 0.7 percentage points additional decline in firm’s investment after the outbreak of the crisis.

After the ECB belatedly decided it should backstop the sovereign market just like any normal central bank, Portuguese lenders (and others) started to recover. From another Bank of Portugal research paper:
Lending rates to the same borrower drop by 64 b.p. in the post-QE period at banks exposed to QE relative to banks not exposed to QE… Loan volumes to existing corporate clients, the intensive margin, grow by 1 percentage point faster at exposed banks relative to non-exposed banks…The probability of credit approval to a new corporate client, the extensive margin, is about 1 percentage point higher at exposed banks post-QE announcement…Higher-risk borrowers have a higher probability of being approved at exposed banks relative to high-risk borrowers at non-exposed banks following QE.
The ECB’s bond-buying has also helped the housing market, both by making it easier for Portuguese to borrow and bid up house prices and also by encouraging foreigners to buy housing in Portugal for vacation or investment purposes.

It’s not all good news.
The total number of hours worked in Portugal 2017 was 7 per cent lower than the number of hours worked in 2007 while the number of jobs was down about 5 per cent:
The links between these figures and the strong employment/population ratio are massive emigration and a slowdown in immigration.
From 2008 through 2016, about 340,000 people left Portugal and about 220,000 came in, for a net loss of roughly 120,000 people. The numbers are even starker when focusing just on Portuguese citizens: 320,000 out vs 120,000 in, for a net loss of 200,000 since 2008. That’s more than 4 per cent of the total number of people working in Portugal in 2016. In 1999 — 2007, net immigration boosted the Portuguese population and workforce by about 313,000 people:
Hundreds of thousands of jobless Portuguese fled to the bits of the European Union where they could find work, particularly Germany and the UK. That flattered the employment rate but it represents a large — and probably permanent — loss of human capital.

On the bright side, it’s encouraging that Portugal’s fiscal position has managed to improve as much as it has despite the loss of so many working-age people. Moreover, moving to find work is exactly how Americans respond to severe localized recessions. And the pace of emigration has slowed significantly from the peak in 2012 – 2013. Even so, these numbers suggest the Portuguese recovery has a long way to go. 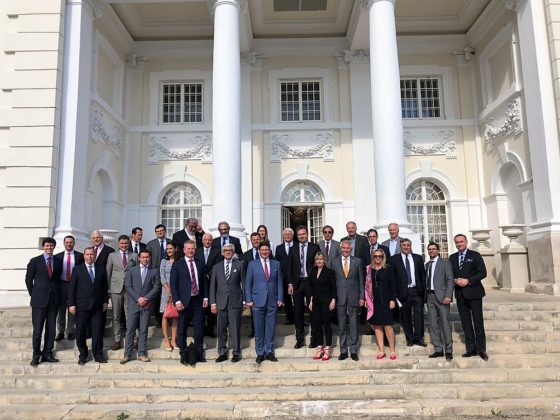 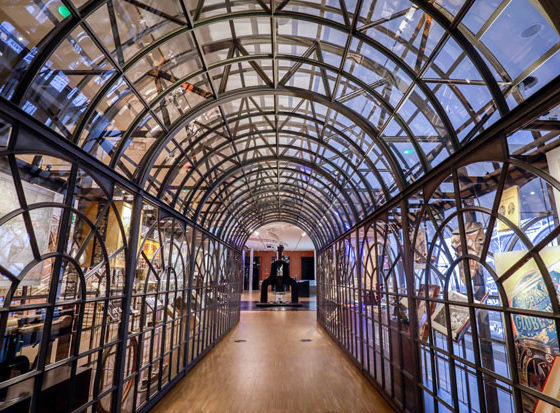 Tip: Visit the House of European History in Brussels