This is a text by Luca Contrino, a young Italian student and journalist, who has participated in our recent Young Professionals Seminar in Freiburg. The article was first published on the European discussion platform Europa United on 27th April, 2018.

The election result in Italy delivered the populist surge feared and expected in the run-up. As expected, the biggest winner was the Movimento 5 Stelle (5-Star Movement). They are now the single biggest party in Parliament, and with Roberto Fico as President of the Chamber of Deputies, they hold real power of sorts. However, the ongoing negotiations to form a government have shown that the party can no longer pretend to be a catch-all party in order to find a coalition agreement, and whoever they form a coalition with, it will most likely dent their voter base and credibility.

Over a month since Italy’s election, and aside from certain key posts in the Chamber of Deputies and the Senate, there seems to be little headway in terms of forming the next government. For all the similarities between the Movement and Salvini’s Lega party (their outwardly populist bent, the eurosceptic currents present in some sections of the Movement, etc.), it is, suprisingly, the air strikes in Syria that have added to difficulties in forming a coalition between them. This is because Salvini has never disguised his friendly stance towards Putin, whereas Di Maio has  taken softened the Movement’s early explicit anti-EU and anti-Euro stances and struck more conciliatory tones with other European leaders, as well as touting Atlanticist credentials to reassure the United States of Italy’s ongoing viability as a parnter. However, it must be said that the Movement’s founder, Beppe Grillo, has also professed pro-Russia views, going as far as to call the Crimean referendum that confirmed its de facto annexation to Russia “legitimate” in an interview with Enrico Mentana on TV channel La7. It is therefore telling that he ceased to be the public face of the Movement in favour of Di Maio. In any case, this has not ruled out a Lega + 5-Star government, but has certainly highlighted tensions between parties that share some ideological common ground on certain issues (or at least their rhetoric would at times suggest as much).

This consequently leads to the fundamental issue for the Movement: they have no natural fit for a coalition partner precisely because their strategy has been that of a catch-all party playing on grievances common to voters across Italy and across the ideological spectrum. Now, as the party with the largest vote share, the pressure is on them to clearly take a stand on potential coalition partner. Naturally, given the campaign they ran and the communication they used, both across their official channels and the material often shared by their supporters or unofficial pro M5S channels, they risk losing a lot of face.

Going back to Salvini’s Lega, the partial ideological similarities also hide considerable divisions as well as other risks to vested interests that both parties hold. On the one hand, the Movement scored especially well in the south of Italy, whereas Lega scored strongly in the north. The Lega party may have overtaken Berlusconi’s Forza Italia, but Belusconi has put Salvini in a complicated situation. There is a difference in policies first and formost: the Lega party, aside from anti-immigration vitriol, campaigned heavily on a flat tax for businesses they argued would make Italy’s companies more competitive. This would put them sharply at odds with the Movement’s promised “citizens’ income” for the unemployed, which would cost roughly 20 billion euros a year if implemented fully, making these two positions incompatible considering Italy’s overall economic situation (although Di Maio is now adopting an ambiguous tone regarding what exactly this kind of measure would consist of). Policies aside, there are tactical calculations as well. Although Salvini has made his desire to be prime minister clear, he cannot afford to lose Berlusconi’s support. This is because the Lega party not only governed in coalitions with Forza Italia in the past, but also relies on them for support governing regions, provinces and local governments, therefore a split with Berlusconi risks the party losing footholds it has made outside its strongholds in Veneto and Lombardy. Likewise for the Movement, an alliance with Salvini wouldn’t go down well with a large share of their voters. Considering that the first major successes that the Movement enjoyed were mayoral election victories in traditional left-wing strongholds like Turin and Livorno (which is considered one of the most left-leaning cities in Italy), this would probably see them lose them a considerable share of voters as despite what critics of the Movement’s supporters might say, they are unlikely to simply accept an alliance with a party they personally find ideologically repugnant.

When looking at the other parties, it gets even harder. The outgoing Partito Democratico (Democratic Party) has also taken part in talks over forming a government, and Di Maio has approached them. However, given the influence that former prime minister and party secretary still has in the party, and the reshuffle he engineered after the election defeat, it has proven difficult for the two sides to see eye to eye. This also not surprising, after all, prominent figures in the Movement like Grillo and Di Battista, as well as the supporters, frequently used crass and insulting language for Renzi, Gentiloni, and the Democratic Party (hence the now widely-parodied chant of “Renzi Merda!” or, “Renzi is shit!”). While the party and figures like Renzi certainly merit criticism and Renzi himself was often irritating and needlessly buffoonish, the Movement’s attacks were simply character assassinations and clickbait to get angry and disillusioned Italians worked up without offering constructive alternatives. All this considered, it is not surprising that the Partito Democratico would be reluctant to negotiate with a party that has either tolerated such rhetoric from supporters and friendly media channels, or even engaged in it.  They would also be reticent to play second fiddle to a party that has no administrative experience at national level, and whose experiences at municipal level have so far been disastrous, therefore cementing their electoral humiliation. Additionally. the Movement’s own claims to “honesty” would be seriously compromised by allying with a party they have relentlessly attacked with claims of exorbitant wages for party member relatives at the expense of ordinary Italians, amongst other things.

An agreement with Forza Italia is equally problematic, given that the Movement talked up Berlusconi’s alleged mafia links and the party’s generally corrupt reputation. Additionally, Berlusconi’s own reluctance to take cues from Di Maio make this a difficult fit. Consequently, the Movement finds itself in a difficult situation: whichever party it enters a coalition with, it risks damaging its image and alienating voters. It could have only retained its catch-all position by either winning on its own and sticking to vague policies that are palatable to both right and left-wing voters (unlikely with the current electoral system), or staying in opposition and playing on its underdog image. It all proves that being in opposition and slinging mud at the government is all well and good, but once the electorate decides that such parties deserve a chance, then it gets difficult. The Movement had the luxury of capitalising on public dissatisfaction on both sides of the political spectrum, but now they need to put ideas into practice and make difficult decisions which risk alienating some of these voters. The idea that such a wide base will stick with them through all their upcoming tribulations is ridiculous, as it would imply these voters abandoning core ideological beliefs that go beyond simple party affiliation (some certainly might, but many Movement voters have no illusions about Di Maio et al, for many this is a protest vote that is unlikely to stick unless the Movement deliver something concrete).

Then again, Italian president Sergio Mattarella is pressing the various parties to find a coalition agreement to set up a government and provide reassurances to the international community that Italy will not be under paralysis for long. This could push one of the other parties to bite the bullet and find an agreement with a party which has so far attacked them as corrupt, elitist, and unconcerned with ordinary Italians. Even this arrangement might not last long, with a possible move to change the electoral law once again in order to return to elections and avoid getting too comfortable with their electoral rivals. While some will credit the Movement with pragmatism and maturity for moderating their positions and finding agreements elsewhere, it also suggests that Di Maio’s only real objective was getting into power, whatever the cost to the Movement’s policies (if they were ever taken seriously) and support base. For all the talk, the big novelty in Italian politics might just mainstream itself into a weaker position by taking the easy route rather than attempting to enact genuine alternatives to Italy’s various challenges. However, Italian politics has often demonstrated that anything is possible, and no options, however implausible from a logical perspective, can ever be discounted. 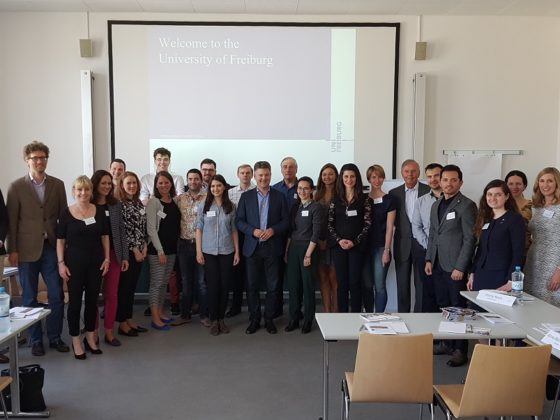 Summary of our Young Professionals Seminar in Freiburg 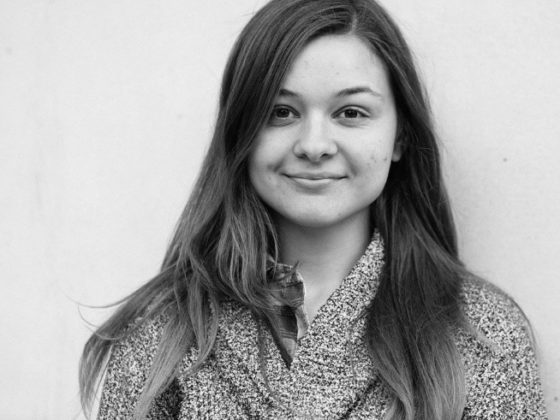 What are we building in Europe?

RT @EU_Commission: The conflict in the Tigray region has exacerbated an already difficult situation in Ethiopia. New funding of €53.7 mill…
9 hours ago
Follow