The refugee crisis, Brexit, growing populism – recently there has been a spate of events and trends that have completely transformed the political landscape in Europe. But in Germany, these changes predominantly seem to be fostering the need for stability. A new “eupinions” study published by the Bertelsmann Stiftung shows that the Germans are much more optimistic and satisfied than other Europeans.

Unity and satisfaction at a time of upheaval – this, in a nutshell, describes the prevailing mood in Germany, according to the latest “eupinions” opinion poll. What is striking is that the Germans feel significantly more positive than their European neighbours and that they rate their own country much more highly than the EU. Moreover, the political centre is stronger in Germany than it is in any of the other major EU countries. The opinion poll results are representative of the EU as a whole as well as the six largest member states France, Germany, Great Britain, Italy, Poland and Spain.

The positive mood among German citizens was most noticeable when they rated the current state of their country and its democracy. In both categories, Germans feel a greater sense of optimism than any of their fellow EU members. 59 percent of Germans are content with the development of their own country and 63 percent are satisfied with German democracy. German citizens’ approval of their own country’s development has skyrocketed since March 2017. In spring, only 32 percent of Germans felt that their country was moving in the right direction. By summer, that figure was up to 59 percent.

The full study is available here. 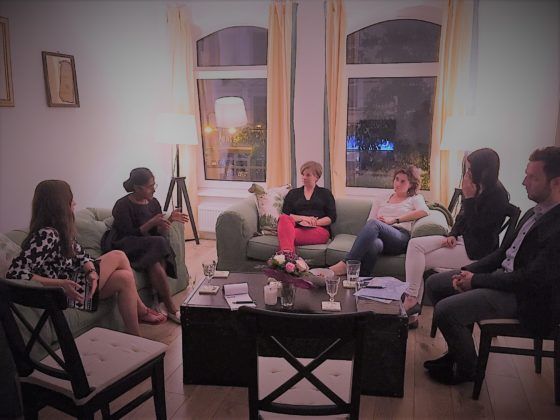 An Alumni Debate on the Future of NATO and European Defence

„What we lack are growth stars and starlets. We should therefore ask ourselves what needs to be done to get more European companies back into this league.“