Given the dangerous uncertainty created by Brexit, the pro-European, non-profit initiative United Europe is calling on civil society as well as the business community to defend European integration. “Strengthening Europe cannot only be left to politicians. It is a civic duty,” said Peter Terium, CEO of the newly formed energy company innogy SE, at a United Europe event on October 18 in Berlin.

Large companies, he added, also had a very important role to play. “I want to put Europe on the agenda within my company as well,” said this Dutch CEO of a German company with 40,000 employees across Europe.  Terium explained that he had actually reversed his own position: where earlier, he had thought that politicians should stick to politics and CEOs to business, he now believed that the situation in Europe was so critical that business leaders should get engaged. “I want our employees to reflect on the fact that we are actually all working in a European context and that we are all benefitting from it.”

Europe should face the future with more self-confidence and a stronger sense of a common identity, Terium’s co-panellists agreed. “What we should do is stand up, not duck away,” said Wolfgang Schüssel, the President of United Europe and former Austrian Chancellor. “Civil society as well as the business community, intellectuals, and artists should stand up and speak out.”

Terium and Schüssel, who are both founding members of United Europe, were taking part in a panel discussion on “Europe after the Brexit vote”.

With Gunther Krichbaum, head of the European Affairs Committee of the German Bundestag, Sylvie Goulard from the European Parliament and Sir Philip Lowe, former Director General at the European Commission, the panel reflected high-level EU expertise from a variety of institutional and national perspectives.

The panellists were unanimous in their highly critical assessment of Britain’s role in the EU, both in the run-up to the EU referendum on June 23, and in the months since. From his wealth of experience in negotiating at EU summits, Wolfgang Schüssel explained how he sees the UK’s position.

No incentives for countries to leave

“If you add all of these red lines together, there is no deal possible,” Schüssel added. “If the British government continues to bury its head in the sand, the negotiations will be a disaster.”

Gunther Krichbaum, a leading member of Chancellor Angela Merkel’s Christian Democratic Union, explained that Germany did not want a hard Brexit. The country had a great interest in working together with Britain, not just in economic terms, but also on foreign and security policy.  But the four freedoms of the EU, including the free movement of people, were not negotiable. “We will not give any incentives for other EU countries to leave,” Krichbaum added.

Sylvie Goulard, a French liberal politician and second term member of the European Parliament, agreed. Britain could not expect to gain access to the single market without accepting, for instance, the jurisdiction of the European Court of Justice, she said. Nor was it possible to fully include a non-EU country in the EU’s legislative process.

“We can be creative, but there are two limits,” Goulard, a Vice-President of United Europe, explained.  “We cannot endanger the single market and the enforcement of the rules there, and we have to be capable of explaining to people who is taking the decisions.“

Goulard also spoke about the difficulties of the interim period until the Brexit negotiations are concluded and Britain’s exit will become effective. “In the European Parliament, it will not be easy to work. British MEPs are now making amendments to laws which will not apply to their country.”

About 60 guests were taking part in this high-level debate on the consequences of Brexit, among them many members of United Europe. With questions ranging from the upcoming negotiations with London to the issue of anti-European movements elsewhere in Europe, the discussion was lively.

Europe’s difficulties were indeed not limited to Brexit, the panel agreed.  “My impression is that working together within the European Union is becoming harder and harder,” Peter Terium said. “There are important and controversial issues like the refugee crisis that require solidarity. But mistrust and egoism are growing, and compromises are getting more and more complicated.”

Muddling through was not an option, added Sylvie Goulard. The European Union should see Brexit as an opportunity to think about what was crucial for Europe. In a similar vein, Sir Philip Lowe warned that Europe could not afford to simply wait for the UK to present its proposals for the negotiations.

“Europe, if it stands still, will be a loser,” Lowe said. “The EU, however diverse its 27 remaining member states are, has a chance to regain the initiative on some of the major issues. We need a proper immigration policy, and we need a proper scheme for economic recovery.”

After a good hour and a half, it was Jürgen Grossmann, founder of United Europe, who asked the last question from the audience. Wouldn’t it be better for Europe, he wanted to know, to have a hard Brexit? In that case, the price of exiting the EU would be much higher for Britain, and a new British referendum on the EU ten or 15 years down the road would stand a good chance. Then the UK could be re-admitted, though without a budget rebate, as Grossmann added.

Reactions were mixed. Wolfgang Schüssel said he thought that the British might actually rethink their position before Brexit became effective. Terium also called for some patience “until people come back to sanity.” Yet Philip Lowe, the only Englishman on the panel, was cristal clear: “Yes,” he agreed with Jürgen Grossmann: “The cost of leaving must be higher than the cost of staying in.”

In this brief debate, not every issue could be addressed. Nor were there solutions found for every difficulty. But the members and friends of United Europe strongly endorsed the panel’s call to involve civil society and companies in reviving the European project.  Europe, they concluded, should be far more self-confident about its own achievements and purpose. 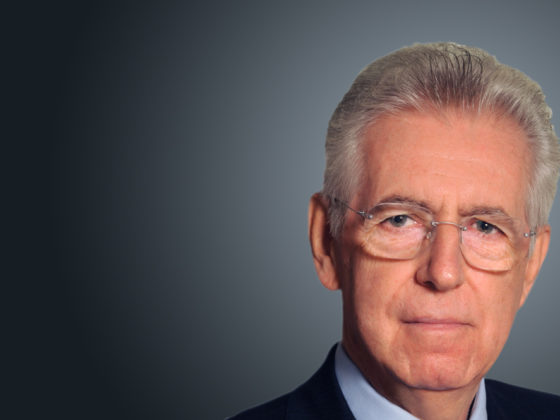