The Brexit Shock or: Is the EU Falling Apart?

The news in the early morning hours of June 24th 2016 came as a shock, when the BBC announced that the “Leave” campaign had an unassailable lead. The outcome was not quite unexpected. Numerous polls in the run up to the EU referendum had predicted only a marginal lead for the winner and alternated the projected outcome almost on a daily basis. Nevertheless, the emotional shock was huge.

Frustration set in over the Remain campaign’s inability to lead a more emotional campaign and forego the scaremongering about economic facts. Utter disbelief about the success of the Leave campaign’s utopian promises joined in the mix. Full immigration control, no EU budget contribution, and yet full access to the EU single market? Unsurprisingly, Leave had no action plan whatsoever on how those promises were to be achieved. Nevertheless, it was Leave that had won.

The shock wave about this result raised the question not just in Britain, but in the rest of Europe as well: Is the EU falling apart?

Yet, there is a glimmer of hope. About 71% of the voters aged 18-24 years voted for Remain. The weekend following the Brexit referendum, a huge number of young Brits protested against the outcome. Two petitions – one asking to repeat the EU referendum and the other demanding London to become an independent city state joining the EU – gathered traction from hundreds of thousands of young voters within a few hours.

Also, Scotland voted with a clear majority of 62% in favour of Remain. Scottish politicians see in this an obvious mandate to fight for Scotland’s continued EU membership, whether as a newly-independent country or through some new form of EU membership not requiring a sovereign status. More difficult is the issue of Northern Ireland. There, nearly 56 percent voted for Remain, yet any independence movement away from Britain might rekindle a civil war; one we once believed was put to bed long ago.

The European idea is not dead. It still lives on in the Young as well as in the Scottish and Northern Irish people. This is a valuable potential, that Europe ought to preserve.

Following the EU referendum the British ruling elite spectacularly self-destructed itself. David Cameron stepped down as Prime Minister, Boris Johnson, the colourful figurehead of the Leave campaign, was politically backstabbed while apparently in shock over his own success; Nigel Farage, the spearhead of the populist UKIP party, is also dodging responsibility while the Labour party’s leadership is embroiled in a power struggle.

With the new Prime Minister, Theresa May, and her newly formed cabinet in place two months earlier than expected, the post Brexit policy agenda will soon be set. Originally, Theresa May announced that Article 50 was not to be triggered this year. Will she keep to that? Article 50 governs the official exit procedure according to which the UK government needs to file an official notification. Following this notification the future relationship between the EU and the UK is to be negotiated over a period of two years before the UK ultimately ceases to be a member of the EU.

Some European leaders were quick to demand that London should swiftly trigger Article 50 in order to minimize economic uncertainty. They also tried to ensure that there would be no pre-negotiations with UK diplomats.

Yet caution and reason should be applied, when it comes to the forthcoming exit negotiations.
The EU referendum is not legally binding, and the new British government is not obliged to trigger Article 50 within a given time frame. In the meantime, the UK will remain an EU member that is fully entitled to vote in the European Council. Thereby, it will have the power to block any unanimous decisions or further progress in the EU.

Clearly, the EU cannot make concessions to the extent of fulfilling the utopian promises of the Leave campaign. But neither should it treat the UK as a traitor. Britain is a close European ally and friend, sharing our Western values of a free and democratic world, as well as open and competitive markets.

Europe should not pull up the drawbridges on all those young Brits, who continue to believe in European values and have voted to Remain. With a rational approach, it should be possible to establish a strong and sustainable bond between the EU and the UK – maybe not as formal as it used to be, but perhaps therefore even stronger. A strong Europe should depend on substance, rather than on form.

Lessons learnt and still to be learnt

The lack of democratic accountability of the EU was an argument frequently put forward by the Leave campaign. Many saw the truth of this confirmed when only a few days after the Brexit decision, the President of the EU Commission, Jean-Claude Juncker, announced his intention to keep national parliaments out of the ratification procedure for the new free trade agreement with Canada (CETA). Still in post-Brexit shock, a Europe-wide outcry was the immediate consequence.

Yet the EU has democratic structures, even if they are complex and may not be at the forefront of the public mind. Any free trade agreement needs to be ratified not only by the European Council but also by the European Parliament, a fully legitimately and directly elected body. The EU and especially the European Parliament should become more transparent and above all more visible to the public. The first-time public campaigning for the EU commission presidency, including TV duels between Jean-Claude Juncker and Martin Schulz in 2014, was a good start. The EU should build on this.

In order to appeal to the public, the EU will also need to become leaner and more efficient. Excessive bureaucracy and lengthy backroom diplomacy has marred the public’s image of the EU. However, the EU’s most challenging problem is not the plethora of harmonising regulations and directives about trivialities that it has produced. It is the lack of decisive and concerted action where the bigger picture is concerned. In times of severe economic turbulences, terrorism, streams of refugees and the arising of old and new superpowers, this shortcoming is dramatic.

Even without Britain, the remaining 27 member states will struggle to find common ground on many of these matters. The EU will have to face the choice between making majority decisions – thereby accepting the partial loss of sovereignty of its member states – or move ahead in smaller groups of the willing depending on the matter at hand.
The upcoming Brexit negotiations with the UK may offer Europe insights, experiences and chances to define a new and substantive way forward.
Let’s capitalise on them.

Philipp Schröder, Director at Deutsche Bank and member of United Europe, has been living in the UK for over ten years

Coronavirus vs. Newsrooms: Are We Going to Win This Battle? 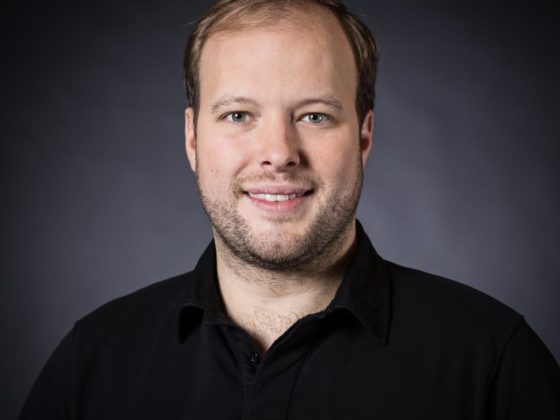 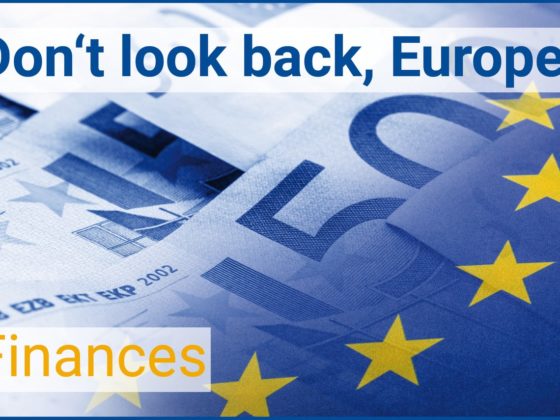 RT @MunSecConf: "The #EU will not learn to 'speak the language of power' as long as #Germany does not." – Download our Munich Security Brie…
15 hours ago
Follow