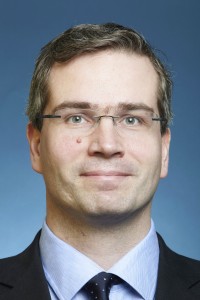 Since David Cameron negotiated his deal with EU leaders about a reformed EU (“Britain has now the best of two worlds”) and set the EU referendum for the 23 June 2016, the Brexit discussion has been a dominating topic in the political scene in Britain and Europe.

As a long-term UK resident and EU citizen, I have been observing the Brexit discussion for a while on British soil talking to British people and following the English media. Working in the financial industry in Central London and living in the countryside of Kent, I had many discussions with Britons from a great variety of backgrounds, including friends, colleagues, neighbours and other acquaintances.

The impressions reflected herein are subjective and based on personal experiences. Nevertheless they may provide insight into the current British debate.

Observation 1:  Mainly driven by rational reasoning, Britons with higher education and income tend to be mostly in favour of staying in the EU. So far, I only heard a few hedge fund executives expressing a pro-Brexit view. They anticipate looser financial markets regulation which would make asset management operations in London more attractive.

Observation 2: The Anti-EU campaign is very much led on emotional grounds. Most of the time, there is no profound discussion of facts and fundamentals. This is exacerbated by sensation seeking (print) media which lament the loss of sovereignty to Brussels and take a firm stand against the EU.

More emotions get stirred up by another very popular argument: the refugee crisis which ostensibly threatens a huge influx of people into Britain, jeopardising jobs, economic welfare and security in Britain. The fact that only a relatively small number of refugees have been admitted to the UK is conveniently overlooked.

Yet a simple glance at the facts would help to clarify the situation: In 2015, the total number of asylum application approved in EU countries amounted to 300,000. Britain accounted for about 14,000 of these or less than 5%.  Germany by comparison took in almost half.

Despite a lot of rhetoric about the UK being flooded with asylum seekers, the UK has less than one-tenth of the number of applications as Germany and roughly the same number as the Netherlands. Relative to its size and population it is fair to say that Britain’s intake of refugees compared to other EU countries is incredibly tiny.[1]

Observation 3: The pro-EU campaign, on the other hand, appears unassertive and uncoordinated.  It is devoid of emotions and emphasises only the economic disadvantages of leaving the EU. As the EU is the largest trade partner for Britain, Brexit would bring significant trade disadvantages. London’s all-important financial industry could be alienated.

These concerns were highlighted in a recent joint letter of the CEOs of some larger stock-listed FTSE corporations. While the publication of this letter received a lot of national media attention, it remained a singular event and was not embedded in a larger concerted, coordinated or comprehensive political effort.

Observation 4: The leader of the Scottish National Party, Nicola Sturgeon, has publicly announced that a Brexit would most likely trigger another Scottish independence referendum. Yet the pro-EU campaigners find their hands bound. They cannot capitalise on this immense threat of a looming UK break-up as this might actually encourage Scottish nationalists to vote in favour of the Brexit.

Observation 5:  Most Brexit proponents acknowledge the importance of a free trade agreement with the EU to Britain’s continued prosperity. However, other aspects such as regaining complete sovereignty and independence from a “foreign autocratic authority” get rated much higher due to their higher emotional impact. Hence Brexit proponents are negligently losing sight of the actual difficulties in securing those free trade agreements.

“Merkel will not allow Mercedes, BMW & Co to lose one of their most important export markets”, is a frequently heard argument. But if the UK leaves the EU, Germany and other Northern European countries – known for their inclination towards free-markets – will lose their voting majority. A new EU without the UK would be dominated by France, Italy and other Southern European countries which typically lean towards protectionism.

Taking it for granted that a more protectionist EU would conclude a free trade agreement with Britain on similar terms as in today’s single market, could be therefore a bad mistake. Also, the US, India or China and other large non-EU trade partners might not be quite so keen on embarking in lengthy new trade agreement negotiations with a much smaller partner as Brexit proponents believe.

Observation 6: In their desire more sovereignty and independence, many British people are not aware of the many exceptions from the “ever closer Union” that the UK is already enjoying. For instance, Britain gets reimbursed for two thirds of its annual net contributions to the EU budget. This was famously negotiated by Margret Thatcher in 1984 (“I want my money back”).

Secondly, Britain is not part of the Schengen treaty, and Britain retains full control over its borders. Thirdly, Britain is neither a member of the Eurozone nor a signatory to the European fiscal treaty. It is a great deal less restricted or controlled in its fiscal discipline than other EU members.

Finally, the UK has reserved the right to opt out from EU directives and regulations in many areas of Domestic, Home and Justice Affairs. Most recently Britain made use of this right by opting out of the EU asylum redistribution plan in September 2015. No wonder was David Cameron left with negotiating relatively unexciting issues such as social benefits and childcare for EU foreigners for his “reformed EU”.

In the national consciousness of Germany, France and many other European countries, European integration enjoys an enormous emotional and historical importance. When I look at the British debate, what I miss most is a charismatic figurehead to head the pro-EU campaign. Britain needs someone capable of passionately campaigning for Europe, inspiring the British people to believe in improving democratic accountability, economic prosperity and social security from inside the EU. Such a European vision would actually benefit not only Britons but all of Europe.

With Winston Churchill calling for the “United States of Europe” in 1946, Britain once had such a visionary and inspirational leader. Admittedly, he clearly saw the leadership of forming such a union in French and German hands. Yet who says that a present-day Churchill couldn’t embrace a new and much more important role for his country in Europe?

Author: Philipp Schröder, Director at Deutsche Bank and member of United Europe, has been living in the UK for over ten years

[1] For further details on the facts, please refer to the following two articles: (i) The Week: “Refugees in Britain: the facts behind the headlines”; (ii) The Guardian: “How does UK’s refugee commitment compare with other countries”.