Europe’s leaders have failed to solve the structural problems revealed by the crisis of 2008. Nor have they grappled with issues that have emerged in recent years. Examples include high public debt, the stock market bubble and distorted risk perceptions caused by the eurozone’s artificially low interest rates. For now, the situation has stabilized. Financial markets are headed into a period of high volatility, but panic has been averted. The question is whether this calm will last or if Europe’s unfinished business will erupt into a full-blown crisis.

This report is part of GIS’s “Global Trends” series, which aims to forecast big-picture scenarios that will shape the world this year and beyond.

POLICYMAKING at the EU level has been disappointing recently. After years of recession and stagnation, most leaders were planning to grow their way out of the public- finance and banking crises. They hoped that relatively fast rates of economic growth would cut their countries’ debt and budget-deficit ratios, make higher interest rates and debt servicing costs tolerable, and alleviate the pressure of nonperforming loans on banks’ balance sheets. This looked good on paper, but it required gross domestic product to grow at an annual rate of between 2 percent and 3 percent.

Europe’s actual growth in 2015 was more sluggish: just 1.6 percent in the euro area and 1.9 percent in the EU, mainly due to a stronger performance by the United Kingdom and Poland. The eurozone’s three biggest economies – Germany, France and Italy – grew by about 1.7 percent, 1.1 percent and 0.9 percent, respectively. To make matters worse, repeated efforts to boost output and confidence through an extremely generous monetary policy have produced poor results. Much of the liquidity has ended up in financial markets, as investors have used cash to buy stocks and high-yield bonds. Rather than stimulating production, the new euros created bubbles that will be hard to deflate.

It is unlikely that the EU will achieve high growth rates in 2016 or in the following years. Significant increases in productivity would need to occur, spurred on by technological progress. Excessive regulation, weak protection of property rights, heavy taxation, overly generous welfare systems and inefficient bureaucracies at the national and supranational levels continue to stifle entrepreneurship and long-term investment.

These were the core problems that many European countries inherited from the previous decade, and none of them have been seriously addressed. No fundamental economic change is in sight. In November, the European Commission released its forecast for EU growth in 2016: for the euro area its economic model projects a mere 1.0 percent, which the commission adjusted to 1.8 percent thanks to low commodity prices and a weak euro. Predictions vary, but this much is clear: growth will be modest and vulnerable to many risks, and quantitative easing will not help.

Within this context, the two main weak spots of the EU economy – public finances and an overcapitalized banking system saddled with large quantities of bad loans – will not disappear. Given the present policymaking inertia, one of the following three scenarios will unfold as a result of events that could transform these weak spots into emergencies.

The first, most likely, scenario sees Europe following a “business-as-usual” path. Within this context, the European Central Bank would continue to pursue quantitative easing, hoping to defuse tensions and give financial institutions the liquidity they need to absorb new public debt and shore up their balance sheets. This scenario would lead to very low interest rates remaining in place as long as two requirements are met: consumer- price inflation remains modest, and no major crisis batters the European banking system.

The first condition is realistic: simmering tensions and uncertainty will ensure that aggregate demand remains subdued. However, the banking sector continues to show weakness. For example, Italian banks are burdened by at least 200 billion euros worth of bad loans – four small banks have already been forced to shut down. They are not the only bad apples. One can imagine what might happen if Europeans begin paying more attention to their banks’ balance sheets and rush to transfer their assets to the most reliable players. There is no way the monetary authorities could stem the tide: many small banks would go belly-up. The public would probably consider the big banks safer, and a major shake-up of the European financial system would take place. The small banks would lose, the large banks would win.

A second scenario assumes the EU economies manage to cut their budget deficits. This would reduce the existing

structural imbalances. Living above one’s means and accumulating debt amount to a promise of higher future taxes and undermine long-term confidence. It would also ease the pressure on financial markets. Governments would be slightly less vulnerable to a rise on interest rates.

The EU authorities are counting on this. According to the data published by the European Commission, the budget deficit for the euro area in 2015 is estimated at 2.0 percent of GDP (even though seven countries are considered at risk of non-compliance with the EU deficit limit of 3 percent) and will narrow to 1.8 percent in 2016. The target is realistic. However, it is unclear whether some key countries (including Spain and Italy) will succeed in putting their public finances in order without raising taxes, thus sacrificing growth.

The third scenario would occur if interest rates start rising soon, regardless of what the European Central Bank does. In other words, investors could start worrying about risk, realize that a 4 percent gross return on risky assets is inadequate, and demand that borrowers pay more. In recent times, this line of thinking has characterized the market for so-called “high-yield” bonds. During the next few months, this more cautious approach to risk-taking might apply to relatively good borrowers as well.

Should borrowers refuse to pay higher rates, and should inflation remain low, investors will stop paying high fees to their asset managers, who can only offer near-zero returns. Since asset-management fees have recently become the major source of income for many banks, there will be repercussions for the whole sector. By contrast, if borrowers accept paying higher interest, tensions will emerge in the real economy, since thousands of companies throughout the EU could collapse under the weight of higher debt servicing costs.

All in all, it seems that the strategy currently pursued by European policymakers consists of keeping their fingers crossed. If nothing happens, quantitative easing will act as a placebo, providing the liquidity banks need in order to avoid a run. Yet none of the maladies afflicting the EU economies will be remedied. At best, quantitative easing will act as a painkiller, although it is important to note that most economies have already developed a dangerous addiction to the drug.

Balanced budgeting will not make much of a difference. It might restore some confidence, but it will hardly reduce Europe’s economic vulnerability to outside shocks. The latter can come from different quarters. The dollar might depreciate, especially if the U.S. Federal Reserve hesitates to engage in neutral monetary policy. A relatively strong euro would end up threatening industries that compete with imports. Traditional export markets for EU producers – especially China and other big developing countries – might stall, worsening the growth outlook for some leading European manufacturers.

The next few months will not be a period of transition. An uneasy calm will prevail if no major events occur, or a major panic will erupt if something goes awry. The key barometer to watch will be the condition of Europe’s banking industry.

At best, quantitative easing will act as a painkiller, although it is important to note that most economies have already developed a dangerous addiction to the drug

This report has been written by Prof. Enrico Colombatto and made available to our members through the courtesy of ©  Geopolitical Information Service AG, Vaduz:
www.geopolitical-info.com 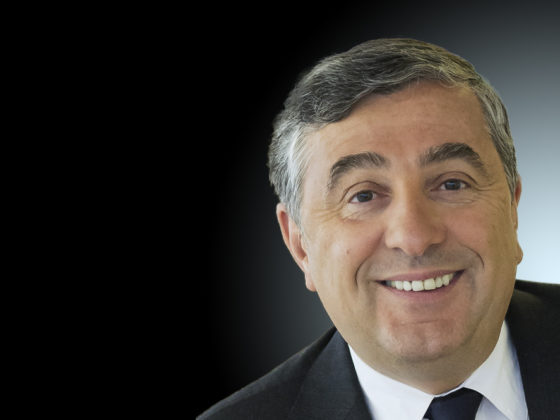