After our United Europe Lecture with Joe Schoendorf on May 6, 2015, in Berlin, Lutz Roschker, a partner at PricewaterhouseCoopers, sent us this very interesting summary of Schoendorf’s theses. We are pleased to share his contribution with you.

“What we have, then is a competitive arena full of Old and New Economy companies, all jostling for position and attempting to shape the future. Long-standing producers in traditional industrial fields – whether they make coffee machines, cars, air conditioners, home gym equipment, or shoes – are suddenly not only competing with companies of their own breed; they are also confronting players the likes of which they have never faced before.”

Harvard Business Review 2013: “How the Internet of Things Changes Everything” by Stefan Ferber, Bosch Software Innovations

“The culture of a company is nothing more than the lengthening shadow of its CEO.”
John Francis “Jack” Welch

Information Economy versus German Culture (based on success in Industrial Age)

According to Joe Schoendorf, partner with the Silicon Valley venture capital company Accel, there are three forces driving the future:

Germany must not only be a user of new products, but needs to be a creative part of the disruption that leads to progress. If not, it will be disrupted itself. One threat is that incumbents never see disruption coming (“the Hipo, highest paid person’s opinion, is the most dangerous enemy of the Geek”).

But there is undoubtedly a development leading towards: “Silicon Valley companies eat Wall Street lunch”, e.g. creating a self-feeding success via robust business models, via creating digital currency, via running private companies with a few wealthy investors as big shareholders, via disruption of a multitude of sectors cracking open established industries and thereby rewriting the rules for industry after industry. Therefore, the risk is high that banking and finance sector will also be disrupted.

There won’t be a second Silicon Valley. Why? To invent the future you have to understand the past. IQ is distributed homogenously, culture is not. So, it’s important to know about the history of Silicon Valley which leads to its unique culture of disruptive creativity.

In 1939 Bill Hewlett and David Packard in their Palo Alto garage inspired others like the founders of Fairchild Semiconductor of which Intel is a spin-off. Intel’s CEO Andy Grove was a mentor to Steve Jobs who in turn influenced Google’s Larry Page and Sergey Brin and Facebook’s Marc Zuckerberg and the next Apple is already in its start-up phase…

Silicon Valley also is a big melting pot, attracting many talents of different nationalities, 40% of them are not born in the U.S. The joint philosophy is to accept failure as “being just the quickest way to learn the hard lesson”. In business terms, this leads to the vision “grow fast globally or go home”. Digital business models are, therefore, built on an aggressive export, worldwide. In Silicon Valley’s entrepreneurial microclimate of hundreds of experiments, the winners are celebrated and failure leads to a closing down of the company.

Though Silicon Valley is unique, wherever the “willingness to fail” is accepted as normal part of individual careers and the global, fast growing business model is pursued this climate will breed innovation and progress, like in Israel, in the Scandinavian countries, in UK and in China.

So, what is different with Germany? U.S. in general and Silicon Valley in particular are built on future winners, while Germany tends to focus and rely on yesterday’s leaders (“Hipos”). This mindset, widely spread in Europe, tends to instrumentalize regulators to protect privileges.

As a consequence, European regulators are scrutinizing firms like Facebook and Google for everything from antitrust concerns, tax evasion to data protection. The main recommendation for Germany is to put more money into R&D and not into the Brussels legal system.

What will be the three “next big things” – trends?

What are the Top 3 things to change for Germany?

Registration for the Lecture with Mr. Fumio Sudo of TEPCO

Registration for the General Assembly 8.10.2015

Summary of our YPS in Zagreb 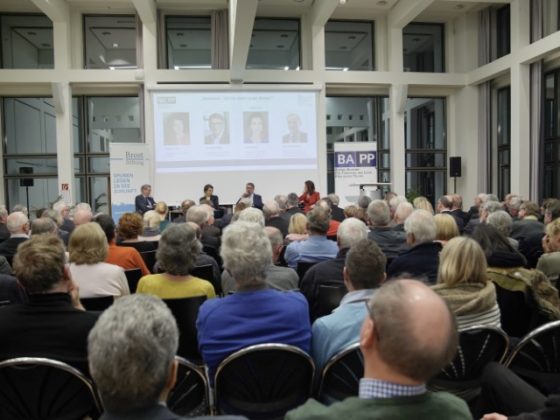 Summary: “Russia – Is it time for a New Dialogue?”

CEO Roundtable in Budapest: The Future “Made in CEE”