Reflection on the British elections by Sylvie Goulard

In the United Kingdom the elections of 7th May have given an absolute majority to the Conservatives. Given that the polls during the campaign predicted a hung parliament, this outcome is somewhat of a surprise. The hypothesis concerning a referendum on the country’s membership of the European Union is now almost a certainty. There is no reason to panic, nor to shout “good riddance”. On the contrary, this discussion will allow us to bring the EU out of the rut which years of violent crisis, hesitation and intergovernmental make shift solutions has left us in.

Let us not forget that a few months ago there was a very real fear of UKIP, a xenophobic party in favour of the UK leaving the EU, winning a large number of seats. In the end it won just one seat, even if it did gain a significant number of votes. In January 2013, the Prime Minister David Cameron suggested renegotiating the modalities of the UK’s membership of the EU, not to withdraw from it. It is true that a number of the Conservative MPs are more radical than the Prime Minister or the Chancellor of the Exchequer George Osborne, who will be responsible for these negotiations. For these MPs it is very simple; they want to leave “Europe”, combining their anti-Brussels condemnation with a rejection of the Council of Europe, whose creation was supported by…Churchill. With such a small majority, David Cameron will have his hands partly tied while negotiating with his European partners. The risk of escalation by the extremes is considerable.

In spite of these risks we must stop being on the defensive.

The UK is linked to the EU by the Treaties. A negotiation will be undertaken. We are not at the mercy of a unilateral decision by the British, even if the risk of “exit blackmail” definitely exists. Ultimately, it is the unity of the other UE members, and notably members of the Euro zone, it is the strength of their European commitment which will make the difference. Since 2005 the European question has been “put on ice” by the French political parties. It is now essential for them to face up to their current denial.

The Pro-Europeans will be able to find bridges and support in the UK: a majority in the British economic and financial sectors (CBI, the City) are in favour of the UK remaining in the EU. This country has long been the driving force behind the Single Market and open international trade. It staying in the EU is in our interest, as it is in Britain’s. Germany is particularly active on this front.

On the one hand for economic reasons, which are particularly important for the German authorities, but also for geopolitical and diplomatic reasons, we should clearly position ourselves in favour of the UK remaining in the EU. For many other countries, the EU without the UK would carry less weight. Those who are prematurely rejoicing at having “got rid of the English” should take a longer-term view. The failure of the European construction would be seen by the rest of the world as our failure. France and Germany have too frequently claimed to be the motors to not take their full responsibility now.

Britain’s important partners, notably the United States, are pushing in the same direction. The geostrategic interest of Britain is not to isolate itself. When, in his speech of 23rd January 2013, David Cameron underlined that the Norwegian and Swiss models, quite popular in his country, do not allow any participation in the negotiations while nonetheless obliging them to respect European law, he was right. This retreat would not fit with the great historical tradition and the interests of the former empire of Queen Victoria.

Finally, some of the David Cameron’s reproaches towards the EU are valid: the EU is lacking competitiveness, growth is flat. It is in the process of falling behind other parts of the world which are more dynamic, staring with Asia and the United States. Without being in favour of all British macro-economic policies (notably the clear abuses such as zero hour contracts), some of their policies deserve examination. For the French who would like to see France remove the barriers which impede economic activity and hamper growth then the upcoming debate will not be unwelcome. It will oblige all Europeans, British as well as French, to stop their gratuitous disparagements of the EU and to actually reflect on what the EU brings them. This will also give us the opportunity to move from grumpy criticism to a finer analysis of Europe’s problems, and to make more constructive proposals about how to resolve them.

The solution lies without a doubt in consolidating the Euro zone, on a federal model which still needs to be defined, within a Union (of 28 or more) with reduced competencies, including the UK. This is not simple, in so far as the existence of a Euro zone made up of 19 members and with the intention of bringing together nearly all the EU Member States rejects those who have made the choice to not join and to thus be in the permanent minority. The best reflexion concerning a Franco-German core remains the paper of Wolfgang Schäuble and Karl Lamers of September 1994 [1].

Part of Britain’s discomfort comes from the fact that the Single Market is governed by a majority vote: having made the sovereign decision not to join the single currency, the English find it hard not to be in the inner circle.

Those who are prematurely celebrating the departure of the British would be wrong to crow. Others do not have reason to be excessively alarmed. The strength of the Euro is greater than we think. The deck has already been reshuffled, as the current British debate shows. Now it is up to the Euro zone Member States to realise this and to finish their project. 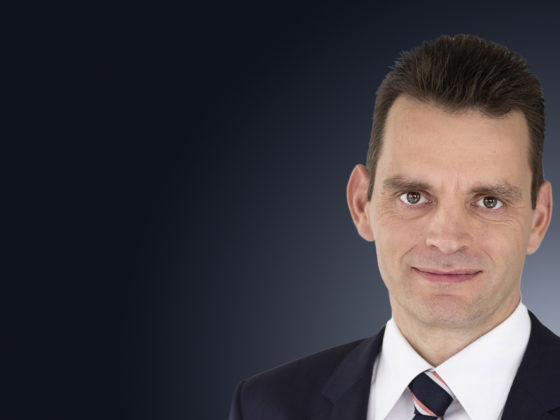 „Believe in Disruption“: A United Europe Debate with Joe Schoendorf