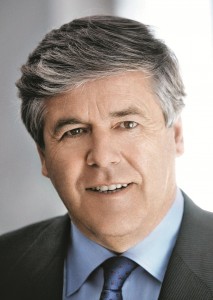 ired by the European idea anymore? The reason is that Europe, over the past several years, has become reduced to economic issues. That may satisfy people, but it won’t inspire them.

The European Union must find ways to remedy this and spark new enthusiasm among its citizens. People need to be convinced that it isn’t just their economic future that depends on a strong and united Europe, but also their political and cultural independence and, ultimately, their freedom. In tomorrow’s world, Europe will only have an important say if it is united.

Switzerland will also have to reconsider its own role. Over the next few years, it will have to redefine its relationship with the EU and the world. We cannot afford to give in to the temptation of believing ourselves to be self-sufficient. In today’s world, that would be a dangerous illusion. The Swiss success modell is based on a globally linked economy that carries our achievements out into the world. If we do not want to endanger that model, those forces that believe in a liberal, cosmopolitan Switzerland must have the courage of their conviction now.

„Europe is a great collection of cultures, a community that is powerful in its union and one that has achieved – and can still achieve – a great deal.“