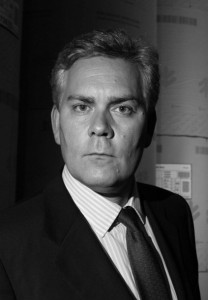 Gavin O’Reilly is a leading Irish businessman with close links to the United Kingdom and the United States. He is CEO of The Agency Group Ltd, one of the world’s leading talent booking agencies with a combined roster of over 2,000 musical artists and authors.

He is also a director of the UK-listed investment firm TVC plc, director of the Indian media conglomerate Jagran Prakashan Ltd and chairman of Ireland’s 5-star hotel Dromoland Castle. He also serves as chairman of Red Flag Consulting and of BM Polyco, one of Europe’s largest technical hand protection companies.

Gavin O’Reilly is a former media executive and was previously CEO of Independent News & Media plc – a major media group with operations in Ireland, South Africa, the UK, Australia and New Zealand. From 2009 to 2011 he also served as President of WAN-IFRA, the World Association of Newspapers and News Publishers.

Born on 17th December 1966 in Dublin, O’Reilly was educated both in Ireland and the USA. He worked at a London advertising agency and as a stock broker in Hong Kong before graduating with honors from Georgetown University Business School. In his free time he likes to read and is a mediocre (but enthusiastic) tennis player and skier.