The European Commission plans the introduction of a pan-European carbon tax that is linked to the Green Deal to achieve the 2030 climate goals. The proposal for a carbon adjustment mechanism intends to apply initially on carbon intensive sectors such as steel, chemicals and cement and is scheduled for 2021.

The proposed CO2 tax, levied at the EU’s external border, will increase the price for imports that do not comply with EU regulations for climate-friendly production. To keep European exporters competitive on the global market despite the high climate protection costs, they will receive a subsidy. This shall also prevent them from transferring the production to countries with lower climate protection requirements.

However, many questions remain on how this carbon border adjustment mechanism can be implemented. It is presumed, for example, that the tax will only allow a few industrial sectors to compete fairly. Moreover, it is also controversially discussed whether the climate targets can be better achieved by a regulation instead of taxation.

The Würth Group pleads for a general ban on goods or services on the European Single Market that do not meet the requirements with regard to the CO2-footprint and consequently move away from the approach of a CO2-tax, which would lead to an additional burden for European enterprises. A better steering effect could be achieved through specific, legally binding product requirements that make a careful measuring of a product’s CO2 footprint possible. A regulation would furthermore provide incentives for enterprises to invest in innovative and CO2-neutral products in order to generate a competitive advantage. The EU should furthermore continue to strengthen its commitment to a global solution, as this is the only way to create a level-playing field in terms of emissions.

“Neither greenhouse gas emissions nor the atmosphere are bound by national borders”, states Prof. Dr Reinhard Hüttl, Scientific Executive Director and Chairman of the Board at the Helmholtz Centre Potsdam. “International cross-border trade, therefore, requires consideration of the total carbon footprint of products and services when it comes to climate protection. Carbon-pricing mechanisms are at the heart of an efficient and effective market design for the transformation to a carbon neutral world by mid-21st century. The use of border carbon adjustment, thus, could be useful for sectors with high energy intensity and strong international competition. However, it could also spark protectionist trade conflicts and, consequently, remains an extremely tricky matter whose success cannot be guaranteed.”

At our panel discussion, which will also be broadcast via Zoom, we will discuss how to find answers to crucial questions such as the practical feasibility of Brussels’ plans, the impact on complex value-added networks, rising costs as well as trade relations and exports. 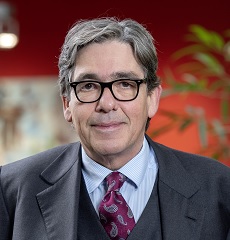 Manfred Kurz has been working for the Würth Group since 1998. Among other things, he is in charge of the representative offices in Berlin and Brussels and in this function, he is regularly exchanging with politicians, trade associations, foreign embassies and cultural institutions. In short: He is in contact with all relevant social groups. Manfred Kurz builds bridges in increasingly complex contexts and shows business requirements against the backdrop of excessive regulations. Manfred Kurz always emphasizes the interaction between economy, society and politics: “Every company, regardless of its size, has an impact on its social environment through its employees, customers and suppliers, as well as through its activities in civil society.” This is one of the reasons why Würth Haus on Schwanenwerder is a cosmopolitan place of encounter with Manfred Kurz as the landlord, who has an eye for the special and, above all, for the essential. 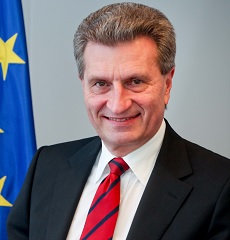 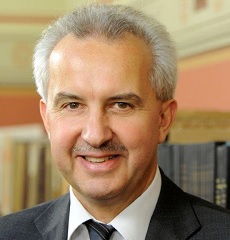 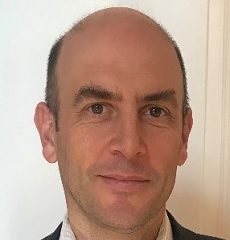 David Boublil is the Deputy Head of Unit “Other Indirect Taxes” in DG Taxation and Customs for the European Commission since the end of 2019. In this unit, he is in charge of the Carbon Border Adjustment Mechanism that is currently under discussion. Beforehand he was a member of the cabinet of Commissioner Pierre Moscovici (Commissioner for Economic and Financial Affairs, Taxation and Customs). In this position, he was mainly responsible for taxation and the relations with the OECD on taxation issues. In addition, Mr Boublil has been working for the European Commission since 1997 in different positions, mainly related to taxation. Thus, he has gained vast experience in the field of taxation. Before he started his career at the European Commission, he worked as tax manager at Arthur Andersen / Deloitte, as a tax advisor for HOTREC and Rhône Poulenc Chimie. Mr Boublil holds an international diploma in European Taxation as well as a master degree in taxation and management. 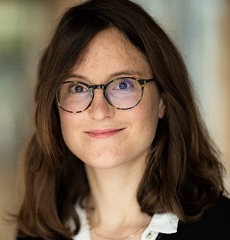 Dr Alice Pirlot is a Research Fellow in Law at the Oxford University Centre for Business Taxation. Prior to joining the Centre, Alice was a research fellow of the National Belgian Fund for Scientific Research (FNRS) at the University of Louvain, where she completed her PhD. Alice’s main expertise lies at the intersection between tax, environmental, EU and international trade law. Her publications cover a wide range of topics, including environmental border tax adjustments, the taxation of the energy sector, the interactions between tax policy and the UN Sustainable Development Goals as well as the WTO law compatibility of the destination-based cash flow tax. Alice has been awarded various prizes and scholarships, including the InBev-Baillet Latour scholarship, FNRS doctoral and postdoctoral fellowships and grants from the Belgian International Youth Office. She received the Kreiser award at the 2013 Global Conference on Environmental Taxation organised in Kyoto. In 2017, she also received an Honourable Mention of the International Fiscal Association for her work on “Environmental Border Tax Adjustments and International Trade Law”. 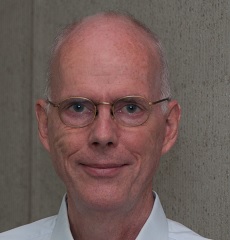 Dr Martin Schneider is Chief Executive of Verein Deutscher Zementwerke e.V. (VDZ), head of VDZ’s Research Institute, and Managing Director of the European Cement Research Academy (ECRA), both based in Duesseldorf, Germany. He holds a PhD from the Institute of Applied Physics at the University of Bonn. He has been with VDZ since 1991, where he started his career in environmental technology and cement chemistry. Since 2009 he is Honorary Professor at the Technical University of Clausthal. VDZ is the joint organisation of the German cement industry, a globally recognised research and competence centre for cement and concrete and an internationally active technical and scientific service provider for the cement and building materials industry. 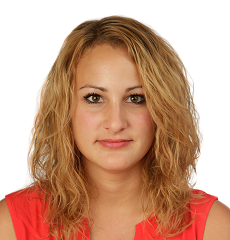 Kathrin Witsch is working as an editor for the economics and politics section of the Handelsblatt.  She has been able to gain a lot of professional experience as a freelancer as she worked for various news channels and newspapers. Among her stations are well-known news channels like Phoenix, Deutsche Welle, Spiegel, the Rhein-Zeitung and the Huffington Post. She finished her traineeship at the Georg von Holtzbrinck School for Business Journalists in December 2016. Before, she studied Media and Cultural Studies at the University in Koblenz and Bonn. Kathrin Witsch moderates the panel discussion.