The second panel discussion of the Bonn Academy for Research and Teaching of Practical Politics (BAPP) in cooperation with United Europe will take place on Monday, 2 March, 18.00 hrs.
The topic “NATO – an alliance that makes peace more secure in the future as well”, will be discussed by Sigmar Gabriel, former Federal Foreign Minister and Chairman of Atlantik-Brücke e.V., Dr Hans-Dieter Lucas, Germany’s Ambassador and Permanent Representative to NATO, Ekkehard Brose, Ambassador and President of the Federal Academy for Security Policy, and Claudia Major, security policy expert at the Stiftung Wissenschaft und Politik (SWP), will also discuss whether the Bundeswehr should participate more intensively in foreign missions in future. The debate in German language will be moderated by Dr. Anna Sauerbrey, Head of the Opinion/Causa Department at the Tagesspiegel.

On the occasion of its 70th birthday, a founding member declared the Western military alliance as “brain dead”. The calculated provocation of French President Emmanuel Macron was followed by a demonstrative closing of ranks by the other 28 members at the NATO summit in London. Even US President Donald Trump, a latent critic of the organization, attested it a “good job” and at the same time pleaded for the expansion and admission of Middle Eastern states.
In response to numerous current challenges, the members of the “North Atlantic Treaty Organisation” (NATO) now want to spend around 100 billion more on armaments in 2020: The USA (in Iraq) as well as Turkey (in Syria) risk an escalation of internationally effective conflicts with consequences for the other member states by going it alone. TThe missile upgrade against Russian cruise missiles announced by NATO Secretary General Jens Stoltenberg revives the Cold War scenario again. China is now said to have nearly 2,000 ballistic missiles and cruise missiles.
Where does the Atlantic defence alliance really stand? And what role should Germany play in it in future?

The event is organised by the Bonner Akademie für Forschung und Lehre praktischer Politik (BAPP) in cooperation with United Europe and Brost Foundation and takes place at Heussallee 18 – 24, 53113 Bonn.

Will the Green Deal fail or succeed in the Western Balkans? 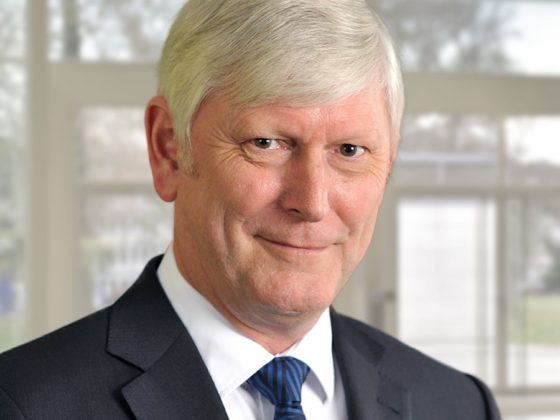 In my area of expertise, that means to fully understand #digitalization with its far reaching impacts in order to r… https://t.co/IbBe3kpnAq
8 hours ago
Follow